Trump and Clinton Should Answer These Questions During the First Debate 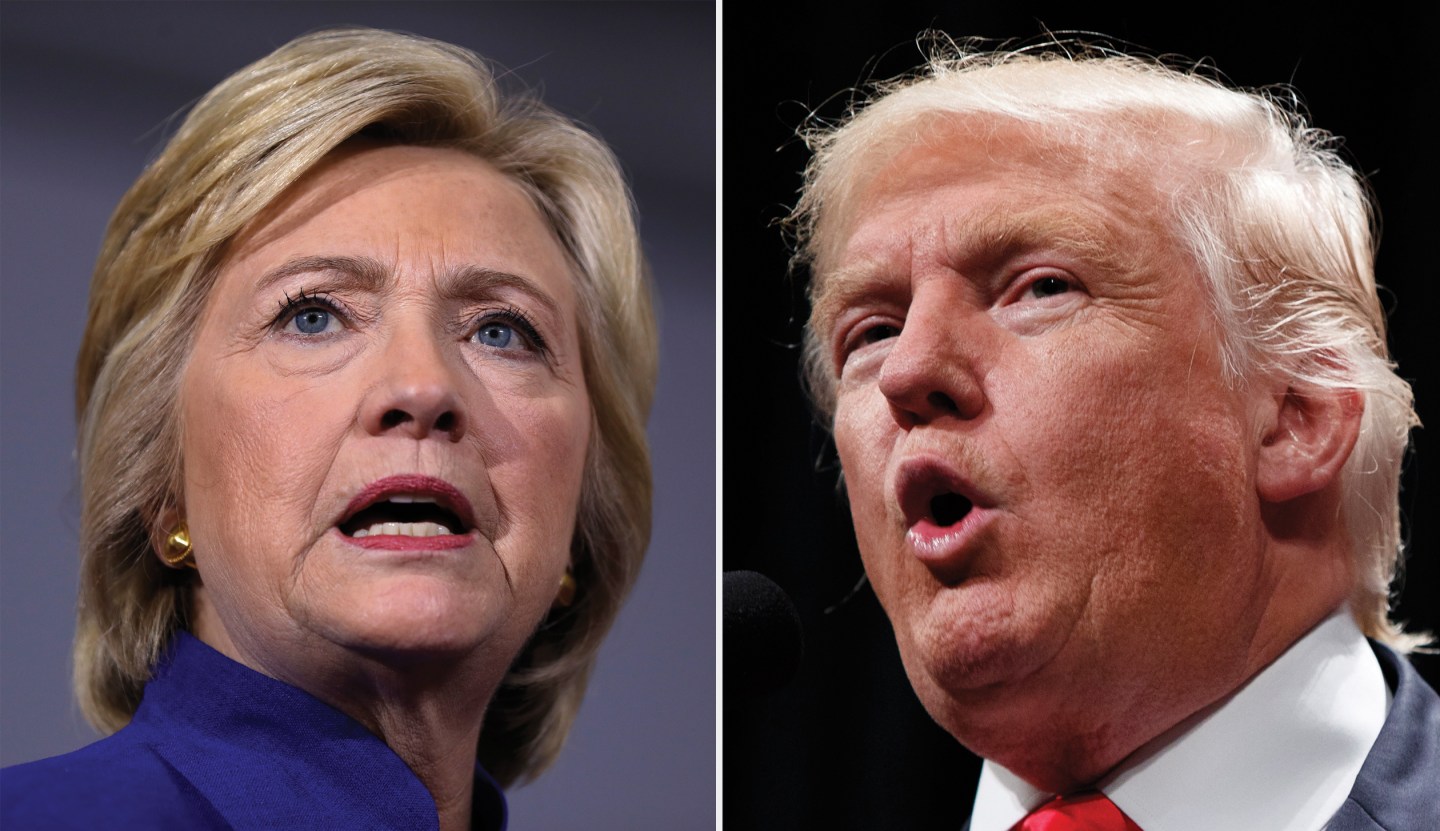 Every four years there is a contest to reimagine the Great American Experiment – to tackle the challenges of the time, to reflect on how the nation is changing, and to consider new paths. As a nation built by pioneers from every corner of the globe, one could say the United States has in its DNA a built-in restlessness to remake its future.

As Hillary Clinton and Donald Trump meet for the first presidential debate Monday night, the focus should be on how America can preserve its place in the world as the land of opportunity. Being competitive means that productivity (the amount of work per person) increases; that the standard of living rises for everyone; that markets for U.S. products and services are open and fair. Achieving these goals requires a commitment to innovation, a recognition that U.S manufacturing matters, and an investment in training and education of our most valuable resource, the American people.

To encourage U.S. competitiveness and assure that it continues to be the cornerstone of what makes our country, it’s critical for the candidates to answer questions about their vision for the nation’s future, including how to boost economic growth and ensure that the U.S. remains the land of opportunity.

So here are eight questions the moderator should ask during Monday’s first presidential debate:

Innovation and entrepreneurism have built our country into the world’s leading economic superpower. With increased global competition, this lead is being challenged like never before:

#1 How would you strengthen U.S. innovation?

The U.S. economy as measured by GDP has been barely growing; it grew 1% in the first half of 2016. The U.S. Council on Competitiveness believes that economic growth of 3.75% is necessary to jump start new industries and increase the standard of living for all Americans:

#2 Do you believe 3.75% growth is achievable and, if so, what steps would you take to grow the economy to reach this goal?

Manufacturing is no longer dirty, dumb, dangerous and disappearing. It is smart, safe, sustainable and surging with explosive growth potential in areas like nanotechnology, biotechnology, and big data:

#3 How would you both grow new advanced manufacturing industries and encourage companies to bring manufacturing back to the United States?

New start-ups and other growing businesses are the major job creators in the United States, yet suffer the greatest burdens from regulations and tax policy.

#4 What specific tax and regulatory policies would you support to unleash these engines of economic growth?

Churn in the economy – new companies and industries starting and others closing shop – is usually a net benefit with innovation disrupting old business models and creating new products, industries and jobs. However, there will be workers left behind, as their jobs and skills become outdated.

#5 How would you ensure those workers can keep up and thrive in the current economy?

U.S. government spending on scientific research and other critical investments that support innovation and economic growth are being squeezed out by growing entitlement commitments and a $19 trillion debt.

#6 What level of national debt do you believe is sustainable and how would you manage that debt, and its entitlement challenges?

Given the link between incomes and education:

#7 How can America continue to expand access to affordable higher education and curtail unsustainable student debt?

Global piracy remains a major concern and the number of data breaches tracked hit a record high in 2014. And, there is a cybersecurity labor epidemic, with more than 200,000 U.S. cybersecurity jobs unfilled:

#8 How would you address these challenges to both protect against current threats and prepare for future ones?