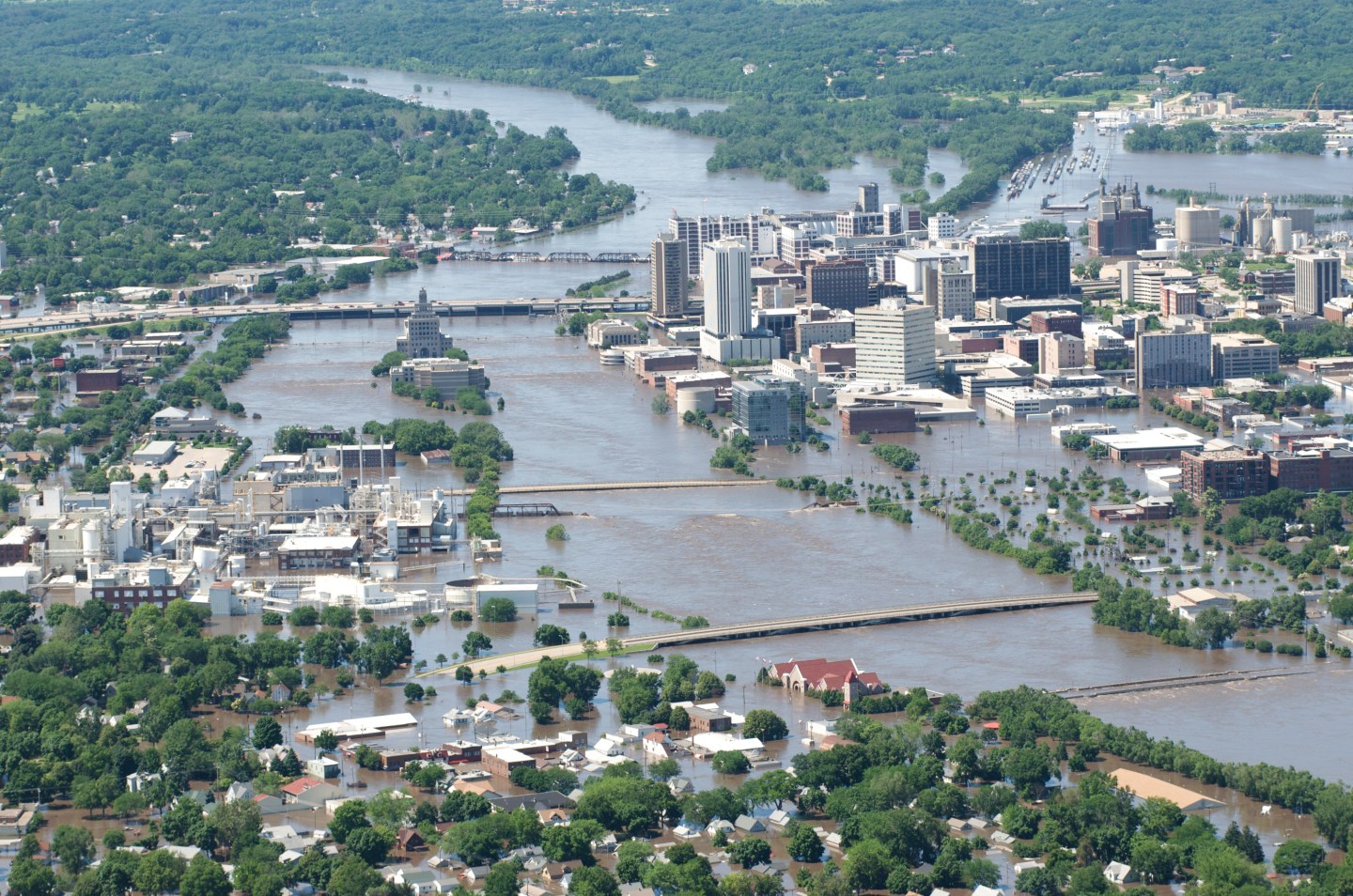 Residents are evacuating low-lying parts of Cedar Rapids, Iowa following a request from authorities to leave the area by Sunday night due to a flooding risk from the rising Cedar River.

KCRG reports that evacuation and curfew starts at 8:00 PM Sunday the evacuation will begin at Sunday at 8:00 pm with a curfew starting at that time, too. “Even if you do not expect to take on water, the fire department warns water may prevent emergency services from reaching you,” KCRG noted.

The National Weather Service predicted the Cedar River will crest 23 feet in Cedar Rapids, Iowa’s second-largest city, on Tuesday morning. If that crest comes to bear, this will be the second worst flood in Cedar Rapids history. Residents living in about 5,000 downtown homes near the river were asked to leave. Officials said it could be days before they can return home.

These Are the 8 Most Costly FEMA Disaster Relief Efforts

The city has been preparing for a second major flood ever since 2008. According to the Gazette, that flood crested at 31,12 feet, which qualified as a 500 year flood and caused billions in damages. The New York Times noteded that Cedar Rapids was once known as “the city would never flood” after near misses in 1851, 1966, and 1993 when the Cedar River swelled dangerously but stayed the course.

The Associated Press reports city workers and volunteers have worked for days to build a temporary system of levees to hold the floodwater. KCRG also reported that local utilities were working on rerouting or cutting off gas and electricity in anticipation of the flood and “could not guarantee service” as the situation unfolds. Animal services have ale been accepting pets ahead of time, according to KCRG.

The people of Cedar rapids are awesome even facing disaster pic.twitter.com/4kMDDozJXq

The Midwest flooding comes a little over a month since devastating floods struck Baton Rouge, Louisiana and surrounding parishes. Some 86,500 people filed for federal aid and 40,000 homes were damaged, with many homeowners lacking flood insurance. The Wall Street Journal reports that, a month later, recovery has been slow as residents rebuilt not only homes, but small businesses and infrastructure. Cedar Rapids has been similarly struggling even eight years after the previous record-breaking flood.

This article was originally published on TIME.com, with additions made by Fortune editors.