Why Technology Has Not Killed the Period. Period. 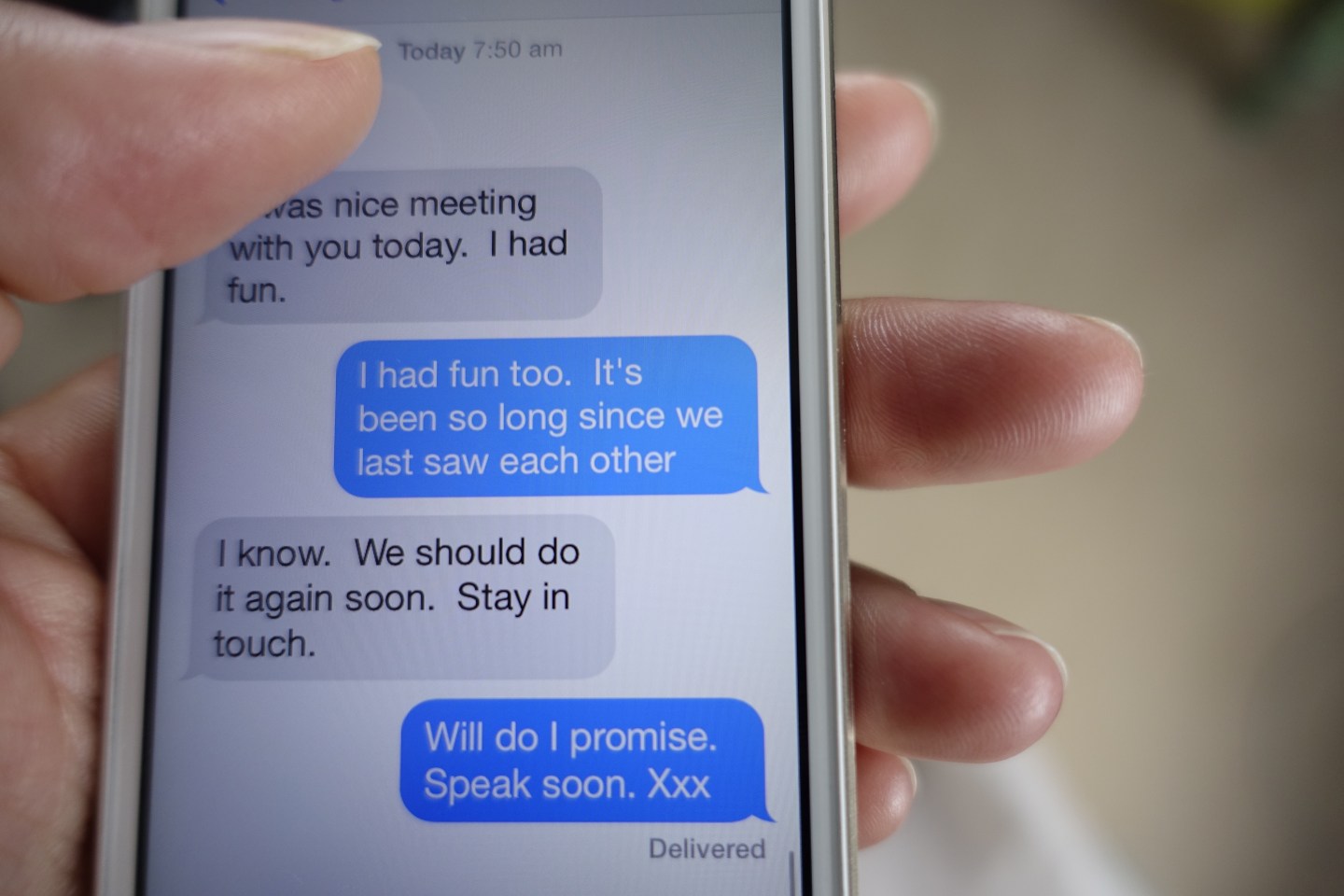 There are punctuation symbols that have largely gone the way of the dodo. But while National Punctuation Day, Sept. 24, may be an occasion to pour one out for the pilcrow, that’s not the case for the period. Despite much yammering about this familiar little dot being on life support, or already dead, the period is here to stay for the foreseeable future. And a new analysis of text messages—a medium that is supposedly spelling the period’s demise—helps illustrate why.

“Periods are not dead,” says computational linguist Tyler Schnoebelen, who turned to his own trove of 157,305 text messages to analyze how the final period—a period at the end of a thought or sentence—was being used and shared his initial results exclusively with TIME. “They’re actually doing interesting things.”

These were messages that he sent or received over a period of about seven years with about 1,100 other people, and while he did notice that many of those texters severely declined in their use of periods over that time, he also found that there are a lot of reasons people are still double-tapping their smartphone screens. (Schnoebelen presents the caveat that this, of course, is just one man’s social network, but it also happens to be the largest linguistic analysis of SMS texting done to date, he says.)

One reason is structure. We’ve all gotten that loooooong text from a rambling friend, or jilted lover, or parent who apparently believes there are prizes to be awarded for Most Letters Used In a Single Sitting. Schnoebelen found that the lengthier a message was, the more likely it was to end in a period. While only 13% of messages that were shorter than 17 characters (about this length) ended in a period, 60% of messages that exceeded 72 characters got the period treatment. That’s about half the length of a maxed-out tweet.

Longer text messages, like news articles and novels and legal filings, need more punctuation and will continue to need it “because people would get lost without it,” as Schnoebelen puts it. And there is a natural tendency towards parallelism: If the text was long enough that we needed to use periods within it, it feels natural to plop another one on the end, even if text bubbles themselves often act as their own visual “thought stops here” indicator.

Schnoebelen also found that a period can be a signal of emotion. There has been much ink spilled about how the period, once neutral as water, now makes texters seem angry, irritated or insincere. And it certainly can connote all those feelings. Linguist David Crystal, who has lamented that his comments about language change got overblown by news outlets wishing the period better luck in the next life, gives a fine example:

But that gravity can also be kind, expressing sincere empathy when something bad has happened to a friend, or conveying the sincerity of your own feelings. Periods can help minimize the risk of looking careless or being unclear. Texts ending in a period, in Schnoebelen’s analysis, had a disproportionate amount of the words told, feels, feel, felt, feelings, date,sad, seems and talk. By contrast, many of the words that tended to show up in texts that did not end with a period were more casual kinds of speech:lol, u, haha, yup, ok, gonna. (lol, it’s worth noting, is arguably used as a form of punctuation itself sometimes, like emoji.)

Unicode Considers a Potential Hijab Emoji Thanks to This Muslim Girl

As the world of people we text with continues to expand, from just our closest friends to our colleagues, our distant relatives, businesses, customers, and so on and so forth, punctuation such as the period will help distinguish the registers we use. Because it’s not just whatever medium we’re using that determines how formal our speech is: it’s also who we’re talking to on whatever medium. “Punctuation is a way to convey standardness,” Schnoebelen writes. “Not everyone who texts with you wants to be (or thinks they can be) colloquial with you.”

By contrast, he discovered that one of the more unlikely places to find periods was bouts of sexting. Much as a query like “Pardon me, but might I remove your pants?” would seem out of place in most bedrooms, so too does assiduous punctuating have potential to ruin the mood.

National Punctuation Day is a day meant to celebrate these marks and signals that we sometimes misuse or abuse or take for granted. And one of Schnoebelen’s findings suggests how much more they are than mere organizing splotches and lines. He found that people, at least in his texting world, often mirrored each other when it came to final period use, reflecting back the same kind of style of whoever wrote the text. That means, in their small ways, periods can help build relationships and underscore group identity.

Sure, a complete absence of punctuation could serve the same purpose. But this finding also suggests that so long as there are people using periods, there will be other people sending them right back from whence they came, coming full circle.