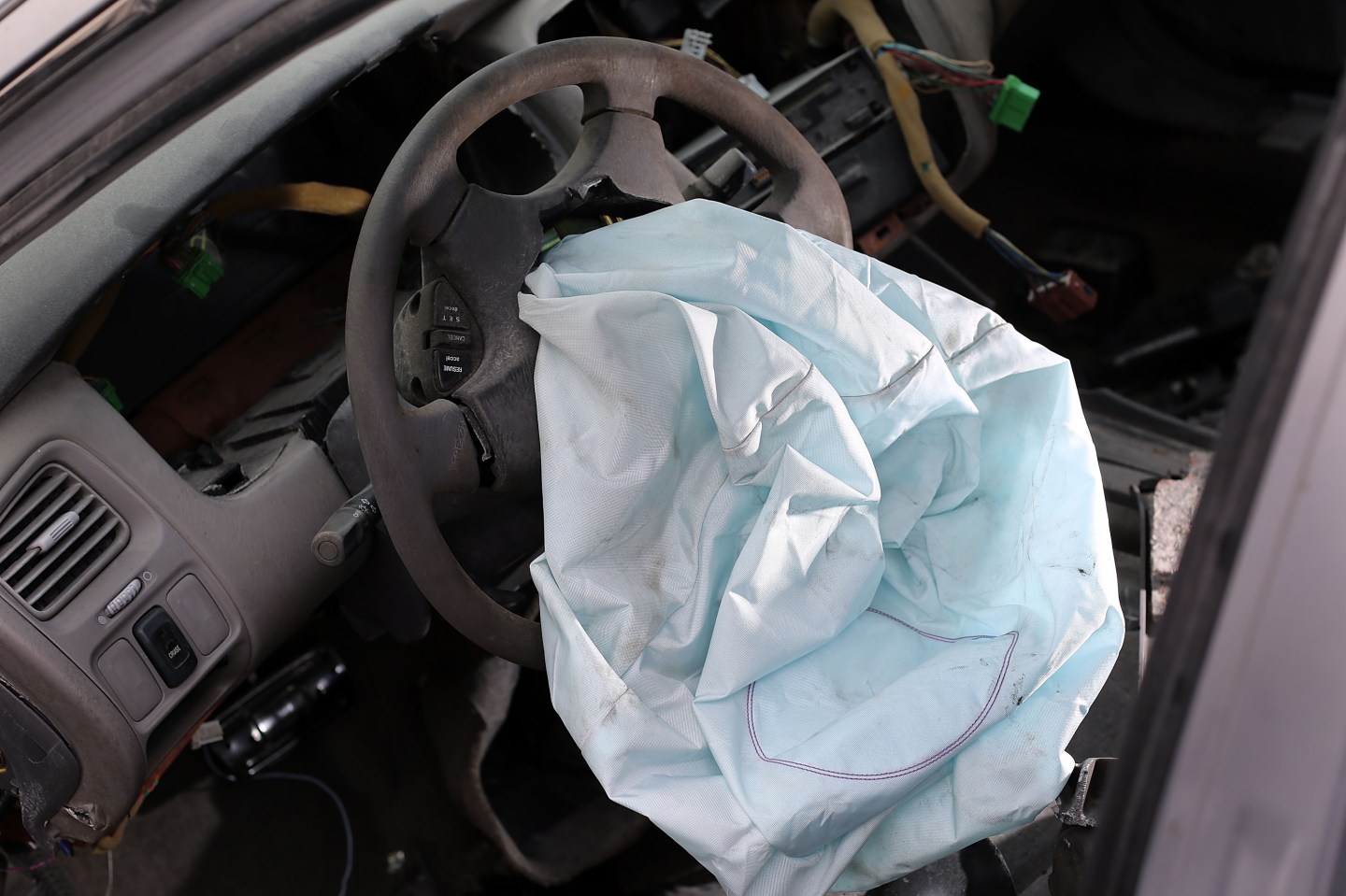 Japanese airbag supplier Takata Corp said it failed to inform U.S. auto safety regulators of a 2003 rupture of one of its airbag inflators in Switzerland, according to an internal report released on Friday.

Takata (TKTDY) also said its U.S. arm, not the parent company, was largely responsible for designing, testing, and producing tens of millions of defective airbag inflators.

The National Highway Traffic Safety Administration released a series of reports into Takata’s defective airbag inflators, which have been linked to at least 14 deaths and more than 100 injuries and sparked the largest-ever auto recall.

The reports released Friday include a Takata internal report that looks into the Japanese company’s handling of the problems since the inflators were first produced in 2000 as well as outside experts’ analysis of the defect.

In one event detailed in the internal report, Takata said it did not inform the NHTSA when it learned in 2003 of the rupture of an inflator in Switzerland. A U.S. engineer at Takata asked if that incident should have been disclosed to the NHTSA in 2010, but it was not. Reuters reported on the 2003 incident in December 2014.

Takata said in its report it opted not to disclose the incident because the inflator was not made during the production period addressed in its 2010 response to the NHTSA. The report said the 2003 incident was the result of the Takata inflator being overloaded. Takata made production changes to address the problem in 2003.

Shares in Takata fell this week after Bloomberg reported that initial bidders in a potential rescue are considering the possibility of some form of bankruptcy proceedings for the company.