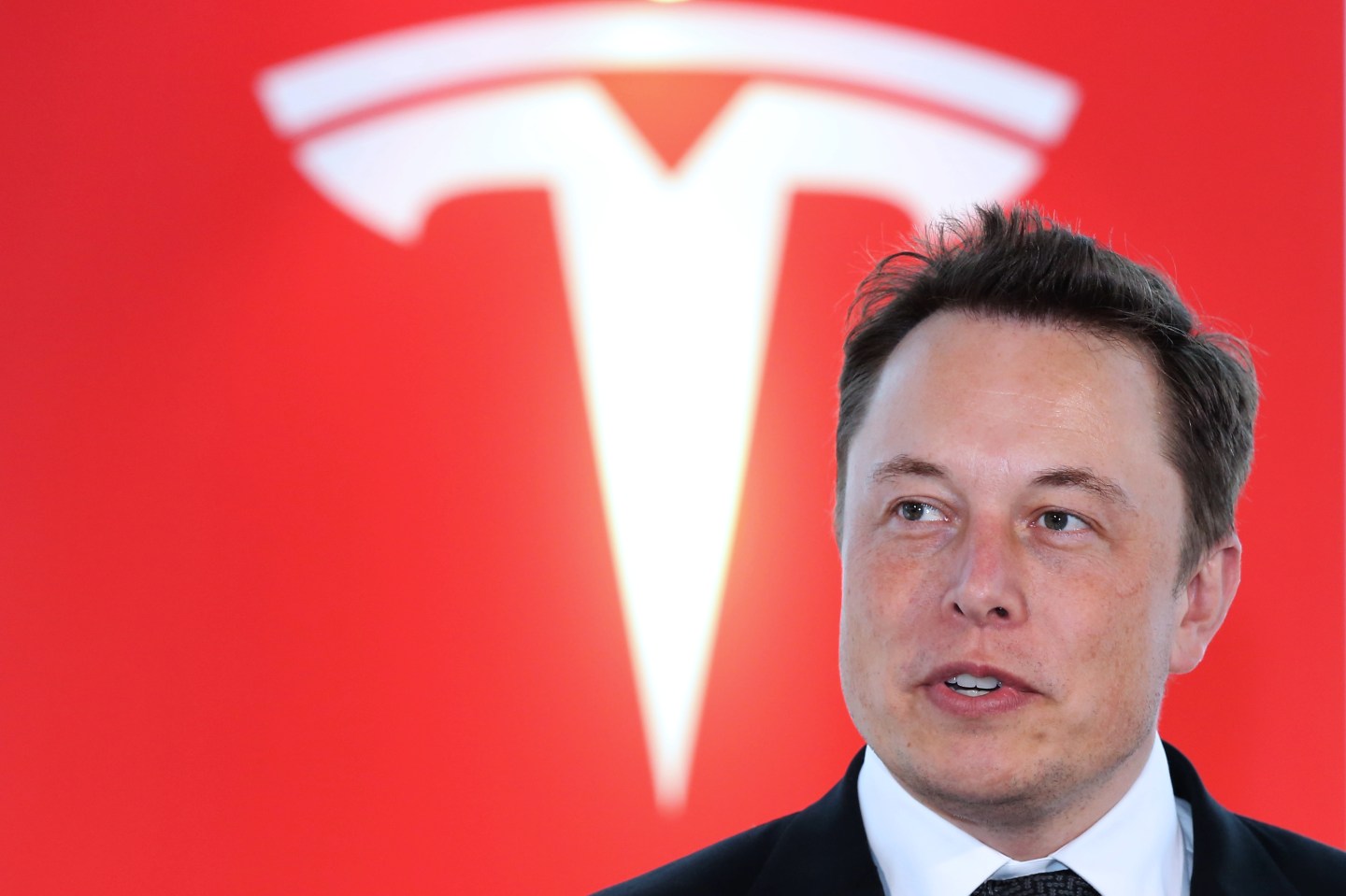 Solar company SolarCity, which is in the process of being acquired by electric car maker Tesla, plans to show off a new product, a roof integrated with solar panels, at an event on October 28 in San Francisco.

Tesla CEO and SolarCity chairman, Elon Musk, made the announcement on Twitter on Thursday morning, and said the combined company would unveil a solar roof with an integrated battery and a Tesla charger.

While SolarCity (SCTY) has offices in San Mateo, Calif., Tesla has its factory in Fremont, Calif., and a new retail outlet in downtown San Francisco. The companies’ merger is expected to close in the coming months, but it could also be delayed by a series of shareholder lawsuits.

Musk announced plans for SolarCity’s new roof product in early August, on one of SolarCity’s earnings calls. It was the first call Musk had joined since he announced earlier in the summer that Tesla planned to purchase the solar installer.

Traditional rooftop solar panels are attached to roofs using metal mounting systems. But SolarCity plans to sell an actual roof that’s integrated with a series of solar panels. Musk said that the product would be attractive to homeowners that are looking to buy a new roof.

SolarCity’s planned solar roof shows how the company is shifting focus to new solar products as the market for home rooftop solar systems has gotten more competitive and difficult in some states. The product launch, and teasing the unveiling via Twitter, also appears to be an example of Musk’s influence on the company as it undergoes the merger.

Musk has long been hyper-focused on products at Tesla and is Tesla’s “Product Architect,” in addition to being its CEO and largest shareholder.

The solar industry has been working on these type of combined roof and solar panels, called “building integrated” solar, for years. A handful of companies have developed these rooftop solar systems, but many of these products haven’t gained traction because they usually cost more than standard solar panels, and also generate electricity with less efficiency. Dow Chemical recently stopped selling its solar shingle product due to underwhelming sales.

Tesla and SolarCity have been spending heavily over the past few years, as the companies try to grow rapidly. Tesla is building a massive battery factory outside of Reno, Calif. to make batteries for its planned Model 3 electric car.