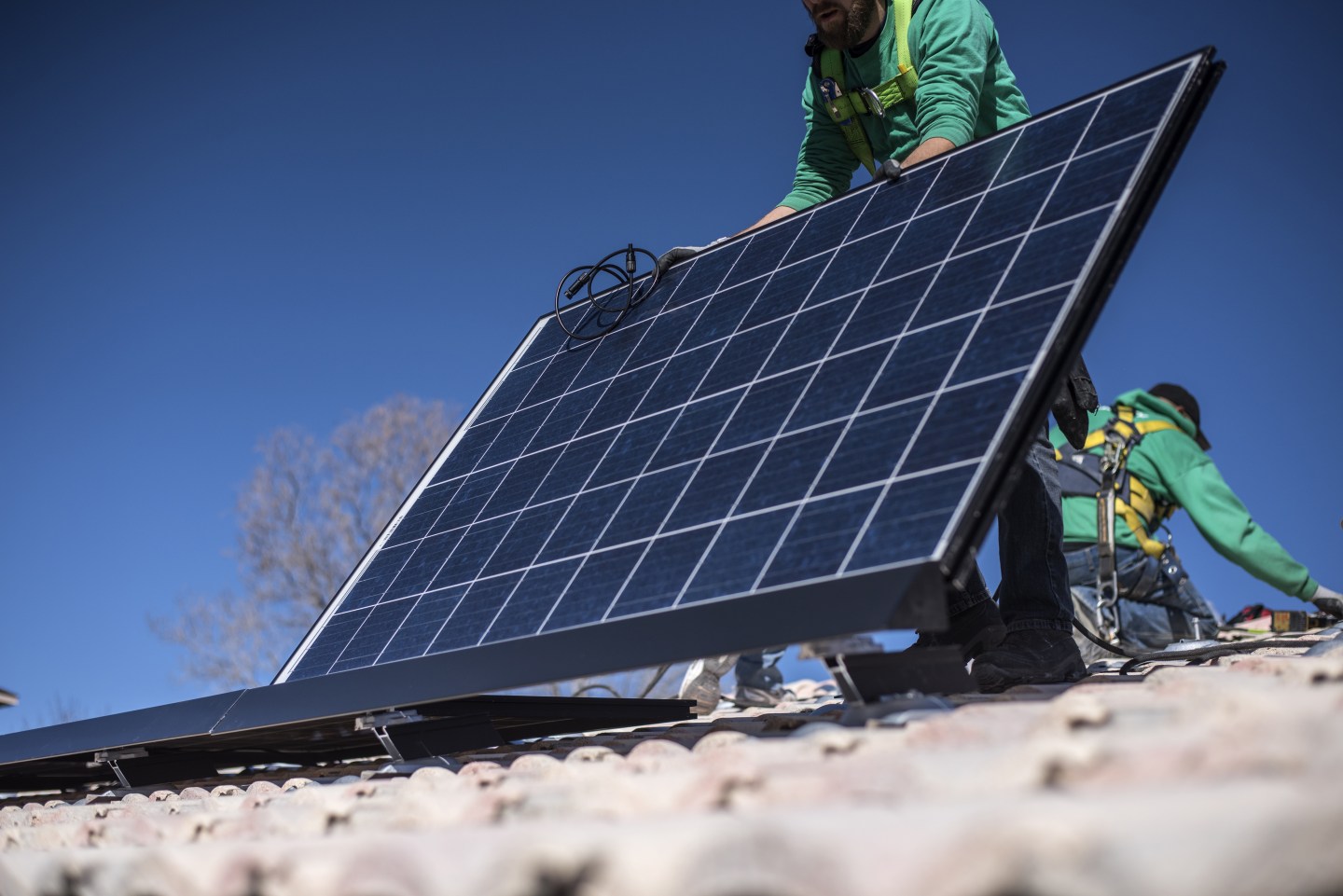 Solar installer SolarCity, which is in the process of being acquired by electric car maker Tesla, plans to develop and sell a roof integrated with solar panels. Currently the company installs solar panels on top of its customer’s roofs.

The move shows how SolarCity (SCTY) is shifting to focus on new products as the market for home rooftop solar systems has gotten more competitive and difficult in some states. The new product also appears to be an example of Musk’s influence on the company as it undergoes a merger with Tesla.

Musk, who joined SolarCity’s earnings call for the first time on Tuesday, has long been laser focused on products at Tesla (TSLA). He’s not only Tesla’s CEO but also its “Product Architect.”

Musk says his goal is for SolarCity to sell solar roof and battery products that make homeowners so excited that they want to show their neighbors. SolarCity plans to launch two new products before the end of the year, and presumably the solar roof will be one of them.

For an inside look at Tesla’s Gigafactory, watch:

SolarCity’s CEO, and Musk’s cousin, Lyndon Rive said on the earnings call that there are 5 million new roofs bought in the U.S. every year. SolarCity’s new roof product would focus on that market.

SolarCity’s CTO, and Rive’s brother, Peter Rive said that SolarCity plans to expedite manufacturing of the company’s solar cells and modules to supply technology for the roof product. About two years ago SolarCity bought a solar cell manufacturing startup called Silevo, and now the company plans to use the tech to make its own solar panels at a big factory in Buffalo, New York.

Musk pointed to the new planned solar roof product as an example of why SolarCity needs to make its own solar panels. We “need to do manufacturing in house to control the aesthetics,” said Musk.

Musk’s attention to energy products at SolarCity puts the company in an unusual position. While consumers commonly buy cars for aesthetic purposes, not many solar customers are currently buying panels because they like how they look. Many solar customers shop around to look for the lowest priced deal they can get.

The solar industry has been working on what it calls “building integrated” solar panels for years and a handful of companies have developed these types of rooftop solar systems. Many of these products have failed to make a mark because they usually cost more than standard solar panels, but generate electricity with less efficiency. For example, Dow Chemical just recently stopped selling its solar shingle product, due to underwhelming sales.