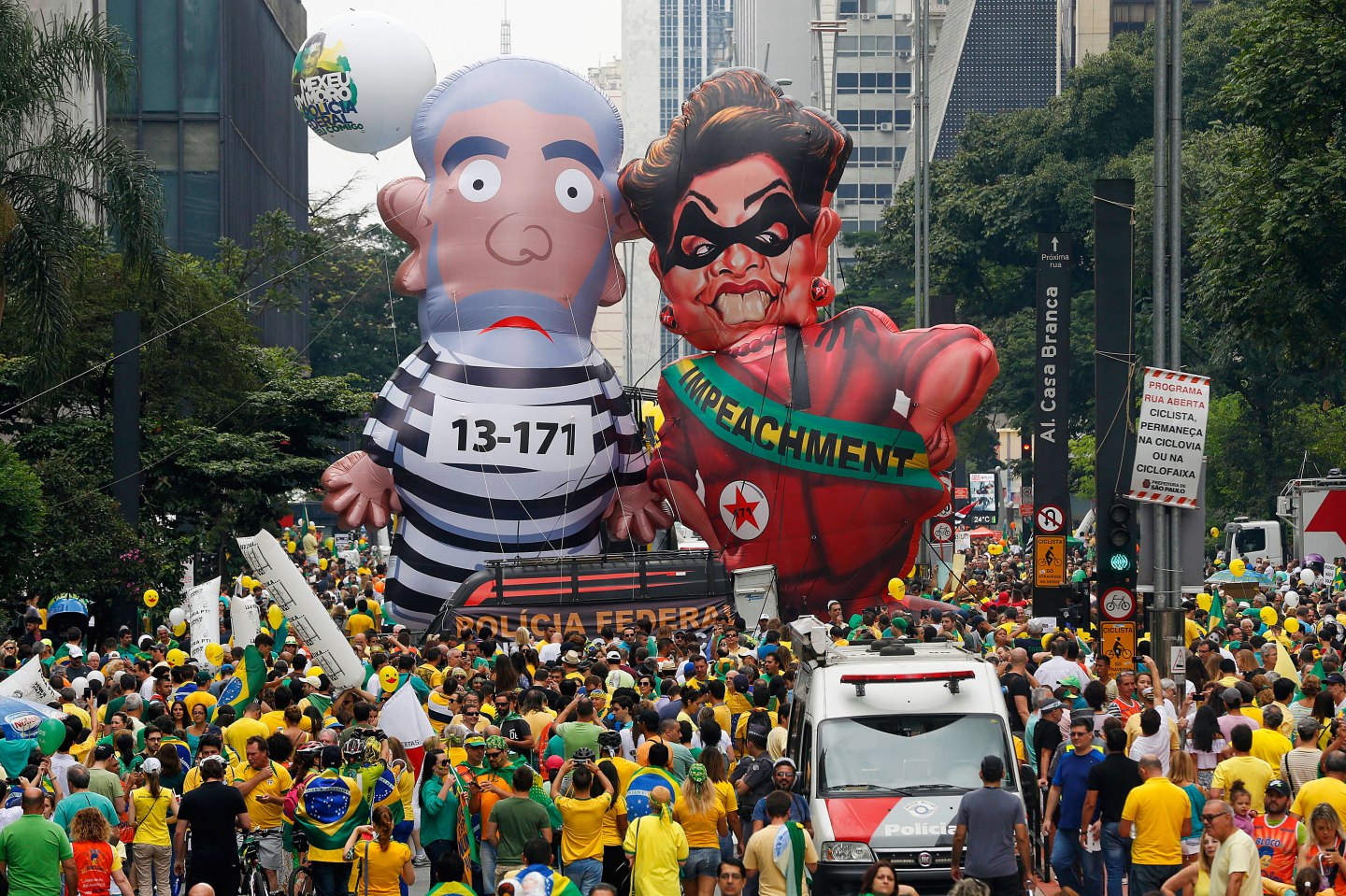 Judge Sergio Moro said that Lula, who served as president from 2003-11 and has for two decades been an iconic and powerful political force in Brazil, will face charges of accepting 3.7 million Brazilian reais ($1.14 million) in bribes connected to a sweeping kickback probe at state-run oil company Petrobras .

Moro wrote in his ruling that according to the prosecutors’ charges, Lula was a “direct beneficiary” of bribes from OAS SA , one of the engineering and construction firms at the center of the graft scandal, and therefore must stand trial.

In an emailed note late on Tuesday, Lula’s lawyers again said their client had committed no crime and labeled Moro as a “impartial” judge who was on a witch hunt to see the former leader jailed.

Lula, speaking via video link, told an event held by his lawyers in New York that the charges were a “farce.”

“What’s happening isn’t getting me down, but just motivates me to go out and talk more,” said Lula, adding that he “will keep fighting.”

Lula’s hand-chosen successor Dilma Rousseff was found guilty by the Senate of breaking budget rules and dismissed from the presidency late last month.

Her successor, former vice president Michel Temer, has abruptly pulled the country to the political and economic right, and is trying to boost Brazil out of its worst economic recession since the 1930s.

See also: BHP CEO’s Salary Was Cut in Half After the Samarco Disaster

Moro’s decision may prevent Lula from making a political comeback in the 2018 presidential campaign. It could also derail any hopes the Workers’ Party (PT) had of returning to power, or possibly even surviving, according to some experts.

Despite the corruption allegations facing the PT and several of its former coalition parties, the most recent polls have shown Lula remains a leading candidate for 2018.

If found guilty, however, the sentence would be determined by the judge, and Lula and the others to stand trial would have chances to appeal.

Nonetheless, simply putting on trial the former president who left office with an 83% approval rating sent shockwaves across Brazil.

Lula was widely adored at home and abroad for his exceptional life story, rising from poverty to the presidency, and of being the charismatic, rough-talking former union leader who led massive strikes in the 1980s that helped topple an entrenched military dictatorship.

“It’s a huge, grave blow to Lula’s myth,” said Claudio Couto, professor of political science at the Getulio Vargas Foundation (FGV) university in Sao Paulo. “Any condemnation of Lula would also end up being a condemnation of the Workers Party.”

See also: What It’s Like to Have the Zika Virus

The decision and the Petrobras probe as a whole make up a watershed moment for the fight against corruption in Brazil, experts say, where for centuries the rich, powerful and politically connected have enjoyed impunity.

Now they are the target of this country’s most sweeping anti-corruption push ever, which became known to the public two years ago. It has since seen nearly 200 people, including top executives and politicians, facing corruption charges and 83 people already found guilty and jailed.

Federal prosecutors leveled charges against Lula last week, labeling him as the “commander” of the Petrobras graft scheme that they say has caused an estimated 42 billion reais ($12.6 billion) in losses to Petrobras shareholders and tax payers.

It was the first time that Lula, 70, has been charged by federal prosecutors for involvement in the political kickbacks scheme at Petrobras.

He has been indicted separately by a court in Brasilia for obstruction of justice in a case related to an attempt to persuade a defendant in the Petrobras scandal not to turn state’s witness.

Lula’s lawyers have said prosecutors lacked the evidence to back up their accusations and that charges against him amount to political persecution to stop him from running for president in 2018.

But experts say that if the prosecutors’ charges are proven, the case against Lula is essential to demonstrate a new strength in rule of law and the determination of institutions to prosecute corruption at the highest levels.

“It’s a crucial and critical juncture for Brazil, to try such a powerful figure like Lula and, if he is guilty, to send him to jail,” said Carlos Pereira, a professor of public policy at FGV in Rio de Janeiro and one of Brazil’s top experts on corruption.

But Pereira also warned that the political fallout if Lula were to be found guilty and sent to jail would be enormous, and that the chances of the PT “disintegrating” even more likely.

“The PT has been an incredibly important party for the re-democratization of Brazil, being the main force that represents leftist groups and created policies that promoted unprecedented social inclusion in our unequal society,” he said.

“Without the PT, it may take a long time for smaller, left-wing parties to find a new ‘nucleus’ to gravitate around, to provide a healthy counterweight within the political system to the more right-leaning parties,” Pereira added.