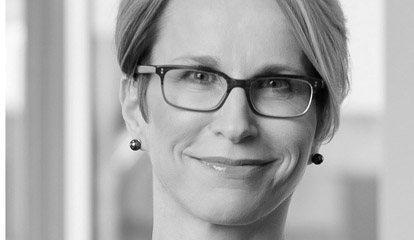 The U.K.’s FTSE 100 index on Monday got its seventh female chief executive as drugmaker GlaxoSmithKline announced that Emma Walmsley, its head of consumer healthcare, would become its next CEO.

The company said on Tuesday that Walmsley, 47, will take over for Andrew Witty, who previously said he would retire in March 2017. Walmsley, who joined GSK in 2010 after 17 years at L’Oreal, will join the board in January.

But at some $104 billion, GSK has a market capitalization far higher than any other women-led FTSE 100 company, meaning that Walmsley will become arguably the most powerful woman in British business when she assumes the CEO role.

The number of women chief executives in the FTSE 100 has inched up of late with Walmsley’s promotion and the appointment of Brittain, the former head of retail banking at Lloyds Banking Group, who took over as CEO of conglomerate Whitbread in December 2015.

Increasing female leadership in British business was a priority for former Prime Minister David Cameron, whose administration called for an end to all-male boards of directors anywhere on the FTSE350 and set the goal of reaching 33% female representation on corporate boards by 2020. A report from the City University of London in July found that the percentage of women on FTSE 100 boards has increased to 26%. But the report also says the rate of progress has slowed of late. In that sense, Walmsley will be a welcome addition to the GSK board, especially since another FSTE 100 company, retailer Marks & Spencer’s, lost one of its female directors when Laura Wade-Gery, its multichannel director of U.K. retail and online operations, quit the company earlier this month following her maternity leave.

In her role as head of GSK’s consumer healthcare unit, Walmsley landed at No. 33 on Fortune‘s Most Powerful Women International list this year—due in large part to her oversight of a $10 billion portfolio, which accounted for 26% of the company’s overall sales in 2015. Her group’s global sales increased 44% last year, while profits surged 76%.