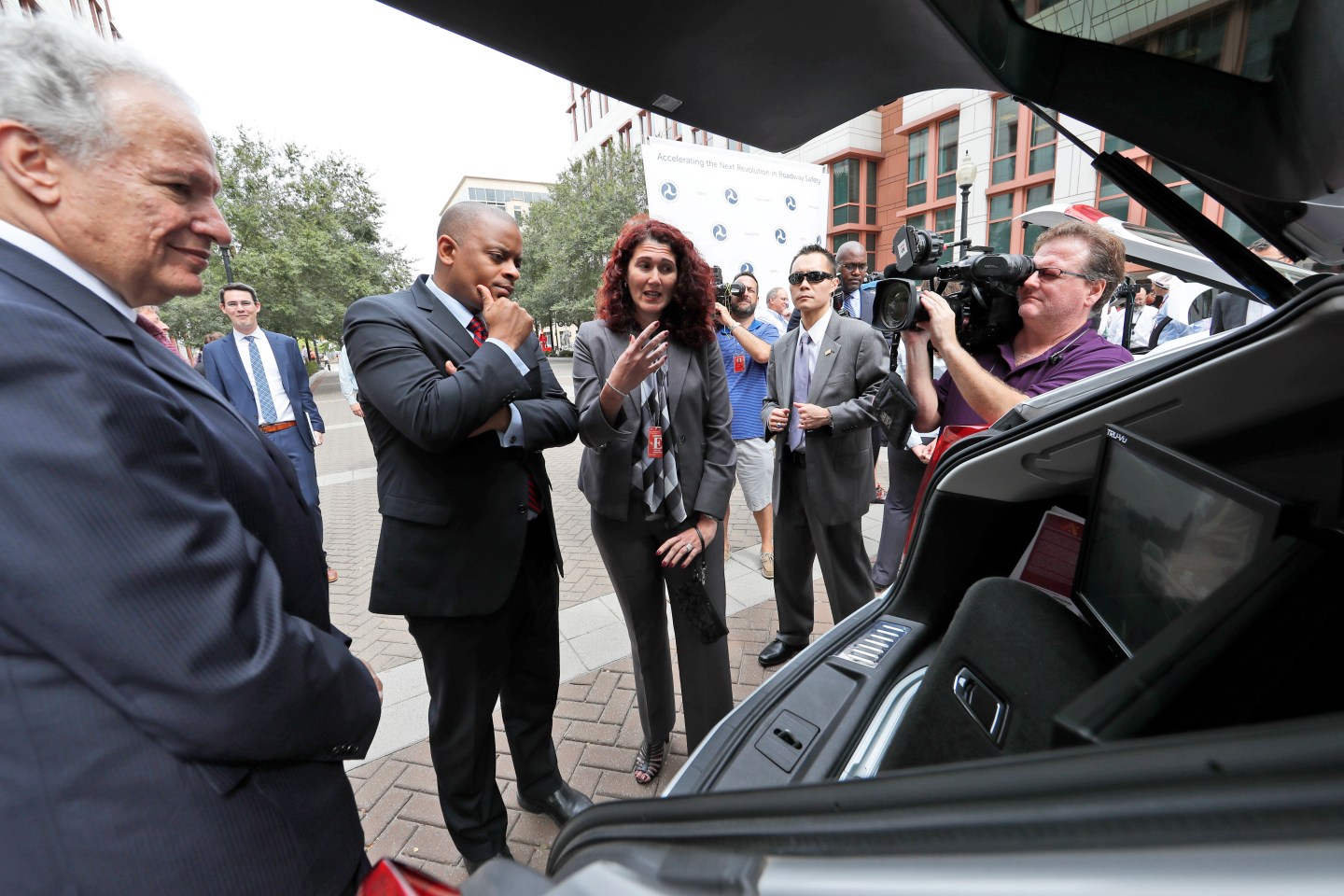 The Obama administration is proposing deeper government involvement in the design of autonomous vehicle systems and calling on manufacturers to share more information about how such systems work and why they fail.

U.S. Transportation Secretary Anthony Foxx said on Tuesday at a briefing for reporters the agency would seek to make it mandatory through the regulatory process.

The Obama proposal comes as automakers are racing to put autonomous driving systems on the road and regulators are scrambling to keep up. A fatal crash in May involving a Tesla Motors Inc sedan highlighted the challenges for regulators. NHTSA had authority to ask Tesla for details of the system’s design only after the crash.

Transportation officials said at the briefing that they want Alphabet’s Google @google (GOOG) unit, Uber Technologies, Tesla (TSLA), and others to answer safety assessment questions within six months about self-driving vehicles and systems such as Tesla’s Autopilot, which allows limited hands-free driving on highways.

Uber is testing self-driving vehicles in Pittsburgh. Other automakers are testing their systems on public roads in other states.

The regulator also said it wants comment on whether it should seek pre-market approval power for new automated vehicle technologies in a process similar to that used by the Federal Aviation Administration with aircraft.

The NHTSA said it plans to propose a requirement that automakers report to regulators on the results of their testing of self-driving vehicle systems.

The NHTSA proposals do not have the force of law, and some of them would require action by Congress to take effect. It will likely be up to the next president and Congress to act on the proposals.

U.S. Representative Bill Shuster, the Republican chairman of the House committee that would review any proposals to give the NHTSA more power, cautioned in a statement on Tuesday that rulemaking for autonomous vehicles should be done “without stifling innovation and the creativity of the free market.”

Some consumer advocates called on the NHTSA to go beyond voluntary guidelines and issue rules to govern autonomous vehicles before they are allowed on roads.

“This new policy comes with a lot of bark but not enough bite,” Marta Tellado, president of Consumer Reports, said in a statement.

The NHTSA proposals touch an array of issues, from the ethics of robot-guided vehicles – should an automated car hit a pedestrian or protect the occupants of the vehicle in a case where a crash is unavoidable – to whether self-driving cars should be allowed to speed.

In that instance, NHTSA said self-driving cars should obey all traffic laws, including speed limits.

Industry groups on Tuesday praised the administration’s call for federal standards for self-driving vehicles, instead of allowing states to set their own rules. Automakers and technology companies such as Google said in statements they prefer a federal approach to a patchwork of state regulation.

The NHTSA also urged states not to require a licensed driver for the most highly automated vehicles.

The California Department of Motor Vehicles, in a statement on Tuesday, said it “supports NHTSA’s goal of creating a consistent approach and national framework” for self-driving cars.

These Two Companies Are Teaming Up To Create Self-Driving Cars:

In what appears to be a win for Google’s self-driving car project, the NHTSA said it could exempt up to a few thousand vehicles from regulations that require steering wheels and brake pedals for testing, but would need a change in law to permanently change the rules. Google has proposed fully autonomous vehicles without driver controls.

The administration guidelines also call for sharing among manufacturers and regulators of data about problems encountered by self-driving vehicles.

IHS Markit analyst Jeremy Carlson said data sharing could be a sensitive issue. “There is a competitive aspect to all this data, all of the software,” he said.