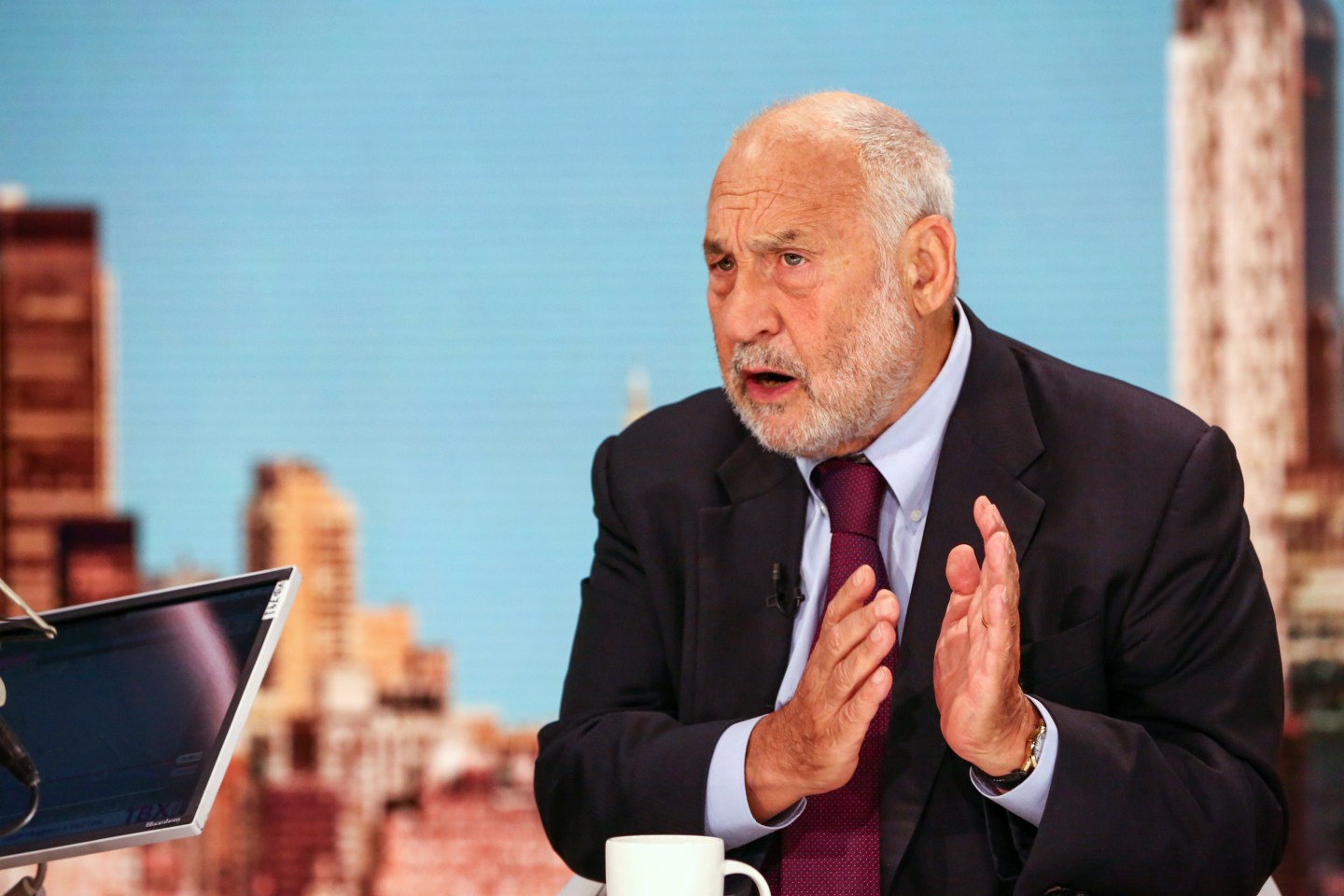 One Nobel laureate thinks Donald Trump would have a tough time passing Economics 101.

Joseph Stiglitz said in an interview with Bloomberg that Trump gets a lot of things wrong when it comes to his economic policy, particularly his stance on China. Stiglitz said that if Trump ends up doing what he is promising, it’s the United States that would come out “the big loser.”

The 73-year-old Columbia University professor, who is an well-known Democrat and served as chairman of the Council of Economic Advisers between 1995 and 1997 as a member of Bill Clinton’s cabinet, says that if Trump implements tariffs on China, there will be immediate consequences. First of all, Americans who rely on affordable goods from China will have a lower their standard of living, as prices will rise. Additionally, China would probably retaliate and stop buying U.S. goods, leading to a trade war. Overall, Stiglitz says, the move would destroy more jobs than it creates. Trump has said his proposed tariffs would bring jobs back to the U.S.

Some people have brushed off Trump’s comments about China by saying that he wouldn’t be able to get past pre-existing rules. Stiglitz warns against that type of thinking. “The honest answer is nobody really knows,” he told Bloomberg. “The president has a lot of authority and a lot of influence.”