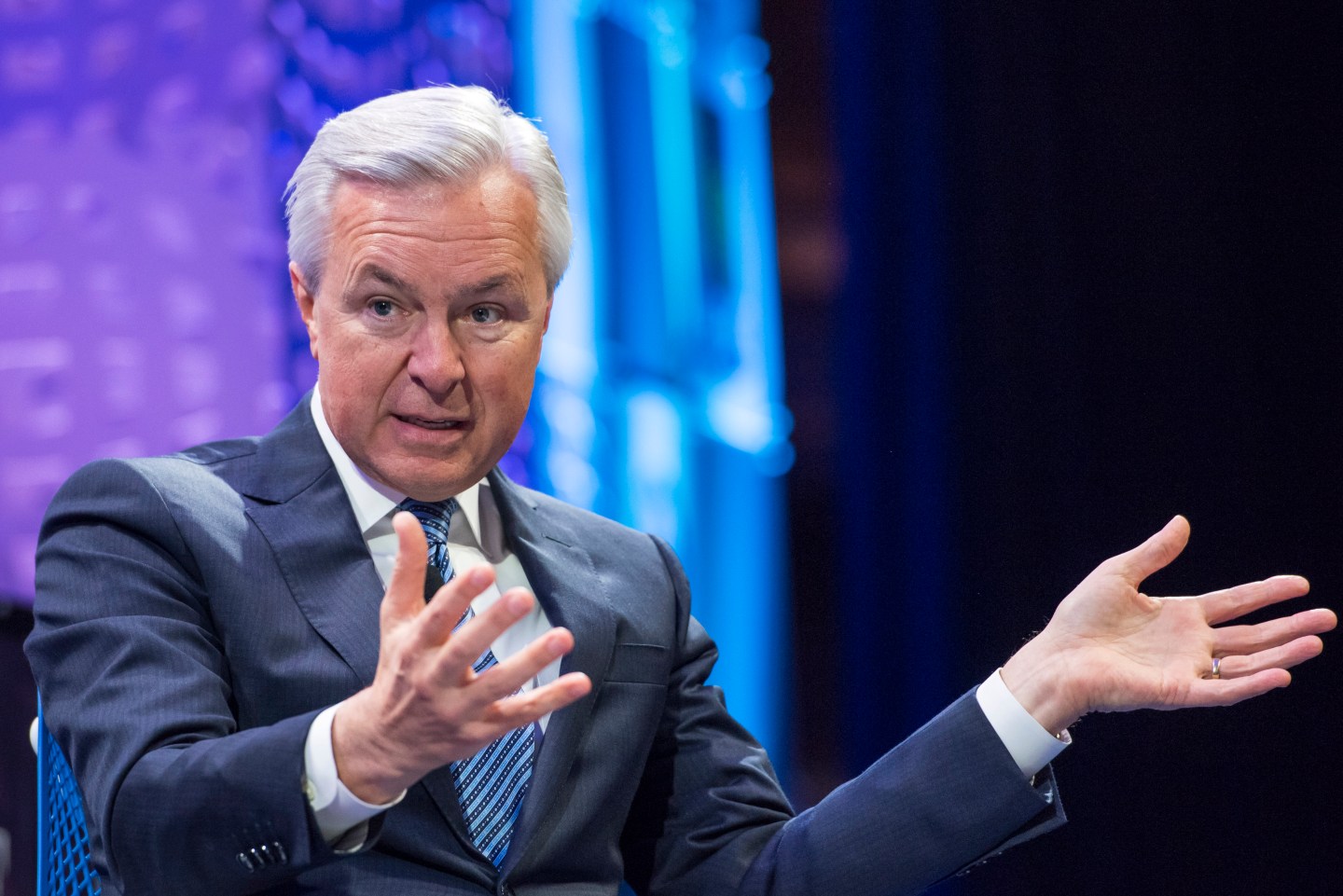 While still training at a California Wells Fargo in 2013, Khalid Taha, then a personal banker, was approached by a co-worker and pressed to open a second account under false pretenses. The co-worker told Taha that he couldn’t convert his existing Wells Fargo account into an employee account. She also told him he could buy credit card insurance with no fees.

When Taha discovered later, during his ethics training that he had been lied to about both products, he reported the employee. It did not go as expected.

“This employee was promoted after a few months,” he said during a press conference hosted by the Committee for Better Banks.

The Committee, which is an organization that says it represents the rights of workers in the financial service industry, brought together a handful of former bank employees on Monday, including two from Wells Fargo, in light of the banking giant’s recent scandal. The Consumer Finance Protection Bureau ordered Wells Fargo to pay $185 million in fines for opening 2 million phony accounts, saying the practice was a result of employees trying to hit aggressive sales targets and receive bonuses.

Wells Fargo (WFC) CEO John Stumpf though, seems to have shifted blame for the scandal on to a few bad apples—the 5,300 employees fired (He clarified to CNBC that he did feel accountable, but maintained that nothing in Wells Fargo’s culture had promoted such behavior).

Yet, both Taha, who left Wells Fargo in July, and former branch manger Julie Miller, who left in 2013, say management was central to allowing to scandal to proliferate.

“I was told by Wells Fargo district and regional management to make my personal bankers and tellers, ‘Sell, Sell, Sell,'” Miller recalled, noting that she had a 35% annual growth target despite being having a finite customer base. “Bankers became so desperate to reach their sales goals to avoid being terminated, that they would ‘churn’ accounts. This is when you close accounts and open up new ones for the same customer in order to manipulate the sales system.

See also: Wells Fargo Is No Longer the Most Valuable Bank in the World

Taha said that he had to meet sales goals every day, for fear of getting written up or fired. That daily quota often involved 10 to 15 personal accounts, 2 to 3 new accounts, and 2 to 3 credit card accounts.

Yet, wages for the average teller was just $12.40 an hour—making the bonuses given for meeting high sales goals necessary in some cases to “make ends meet.”

The problem with cross-selling, says Shane Larson, the legislative director at Communications Workers of America, is far more pervasive than at just Wells Fargo. The use of aggressive sales targets is an industry can be seen in J.P. Morgan Chase, Bank of America, SunTrust, among others.

Still, before critics can turn their attention to the consumer banking industry at large, investors are still not mollified by how Wells Fargo has been punished for the scandal. Many are calling for clawbacks the pay of CEO John Stumpf and the executive formerly in charge of community banking, Carrie Tolstedt. Others are calling for resignations.

On Tuesday, Stumpf is expected to appear before the Senate in relation to the account scandal.

“Corporate executives designed the sales quota systems and created the culture of harassment and fear when we did not meet them,” Miller said. “When John Stumpf blamed the frontline workers for the unauthorized accounts, I was disgusted.”