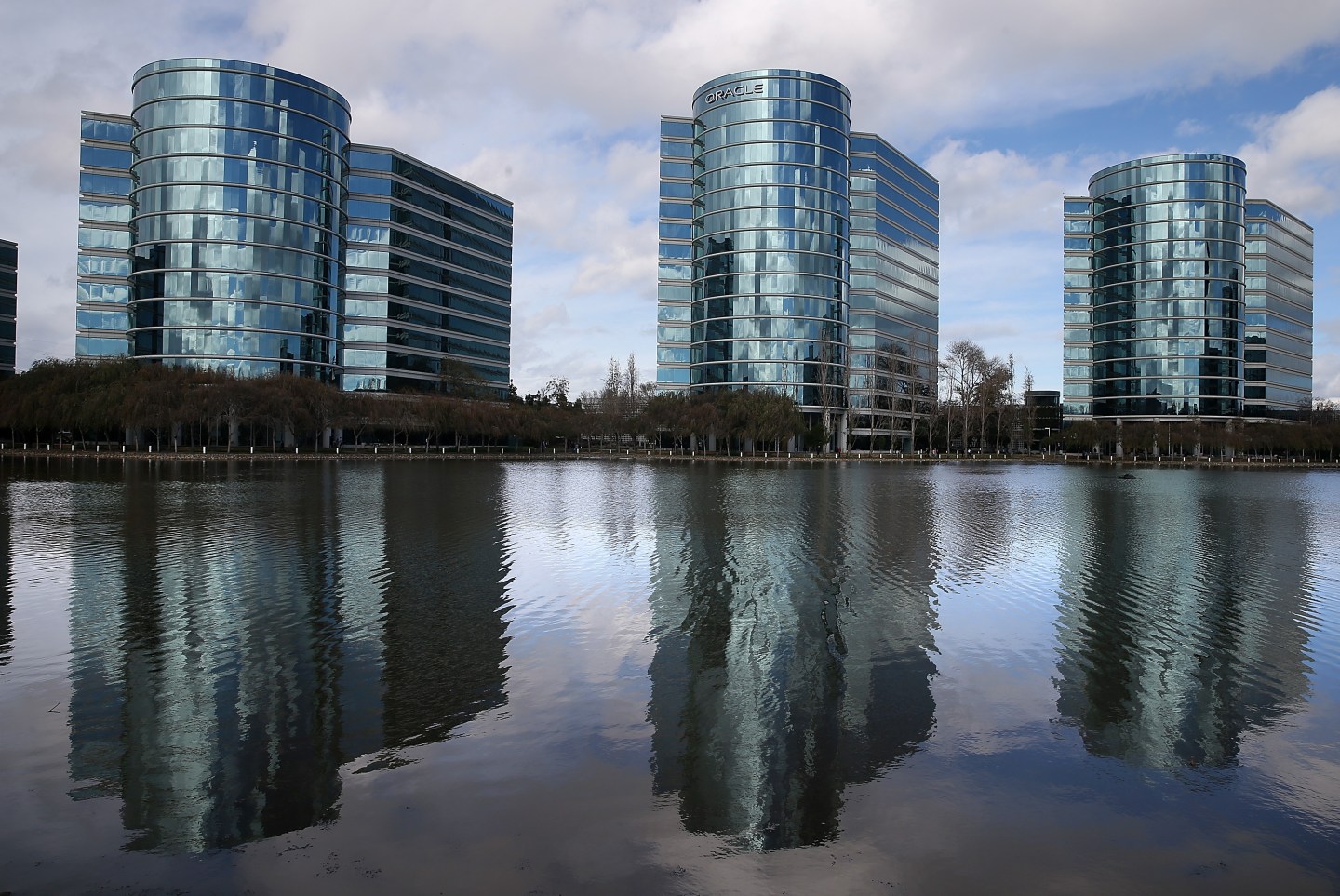 Most of that expansion comes from two parts of the cloud sector known to techies as Software as a Service (SaaS) — where companies stream applications from a cloud company’s data center — and Platform as a Service (PaaS), which is a flexible way to design, test, and deploy business software.

But there is a third big cloud sector, known as Infrastructure as a Service (IaaS), where Amazon (AMZN) Web Services (AWS) rents out tons of computing, storage and networking services to customers. There, Oracle (ORCL) is barely a blip. But company co-founder Larry Ellison said that will change.

For the quarter, Oracle said it sold $171 million worth of these IaaS services — up 7% year-over-year. That represents about 2% of total revenue. Contrast that with AWS which, for its most recent quarter, sold $2.89 billion in such services, up 58% from a year ago. That puts Amazon’s cloud unit well on the way to surpassing $10 billion in sales annually, and miles ahead of Oracle.

Ellison didn’t say much on the call about how Oracle plans to take on Amazon, but he said enough to gin up interest for more news to come at Oracle OpenWorld, the company’s annual tech conference, kicking off Sunday in San Francisco.

What he did mention, in response to a question, was a new “bare metal offering” that will let existing Oracle (ORCL) customers “lift and shift” their current databases and associated software to run in Oracle’s data centers without having to make any changes to that software.

Bare metal refers to fast servers that do not run virtualization, a key underpinning of most clouds because it packs more applications onto less hardware. Bare metal machines run applications databases very fast because of that lack of virtualization, which takes a performance toll, and the server is dedicated to a single job. Some cloud companies, notably IBM Softlayer (IBM), Rackspace Microsoft[/hotlink] and Google (GOOG) are giving it a run.

Ellison’s taking on a huge challenge, given the scale of AWS—and he’s talked this game before. Here’s the thing: public cloud requires lots of data center infrastructure and building out data centers is expensive. For the quarter, Oracle spent $299 million on capital expenditures, down from $466 million last year. That’s not chicken feed, but it pales in comparison to the capital spending the Amazons, Googles and Microsofts of the world devote to data centers and equipment. RBC Capital Markets estimates that Amazon, Google, and Microsoft will spend about $11.8 billion, $10.4 billion, and $8.8 billion respectively in cloud-related infrastructure this calendar year.

Oracle is banking that big companies want something different from what these companies are offering in cloud. In an interview last year Oracle senior vice president Peter Magnusson, who leads the company’s cloud effort said Oracle can offer more than enough capacity to power the enterprise workloads it wants to capture. And, Magnusson knows about scale, having led the Google App Engine effort in a previous life.

Many observers see the multiple billions of dollars that Amazon, Microsoft (MSFT), and Google have dropped on data center build-outs, and figure that the public cloud battle is over. What Oracle has is big Fortune 500 customers across industries that have used its database to run their businesses for decades. Many are afraid to change either the database itself or how it is deployed.

For more on Oracle, watch

Beyond the cloud sector, sales of new Oracle software licenses that companies run on premises was off 11% to $1.03 billion. Since that’s the old sales model that Oracle hopes to move away from, that may not be a huge concern. It could be more worrisome that chief executive officer Safra Catz said she expects total revenue growth to come in between 0% and 3% for the next quarter.