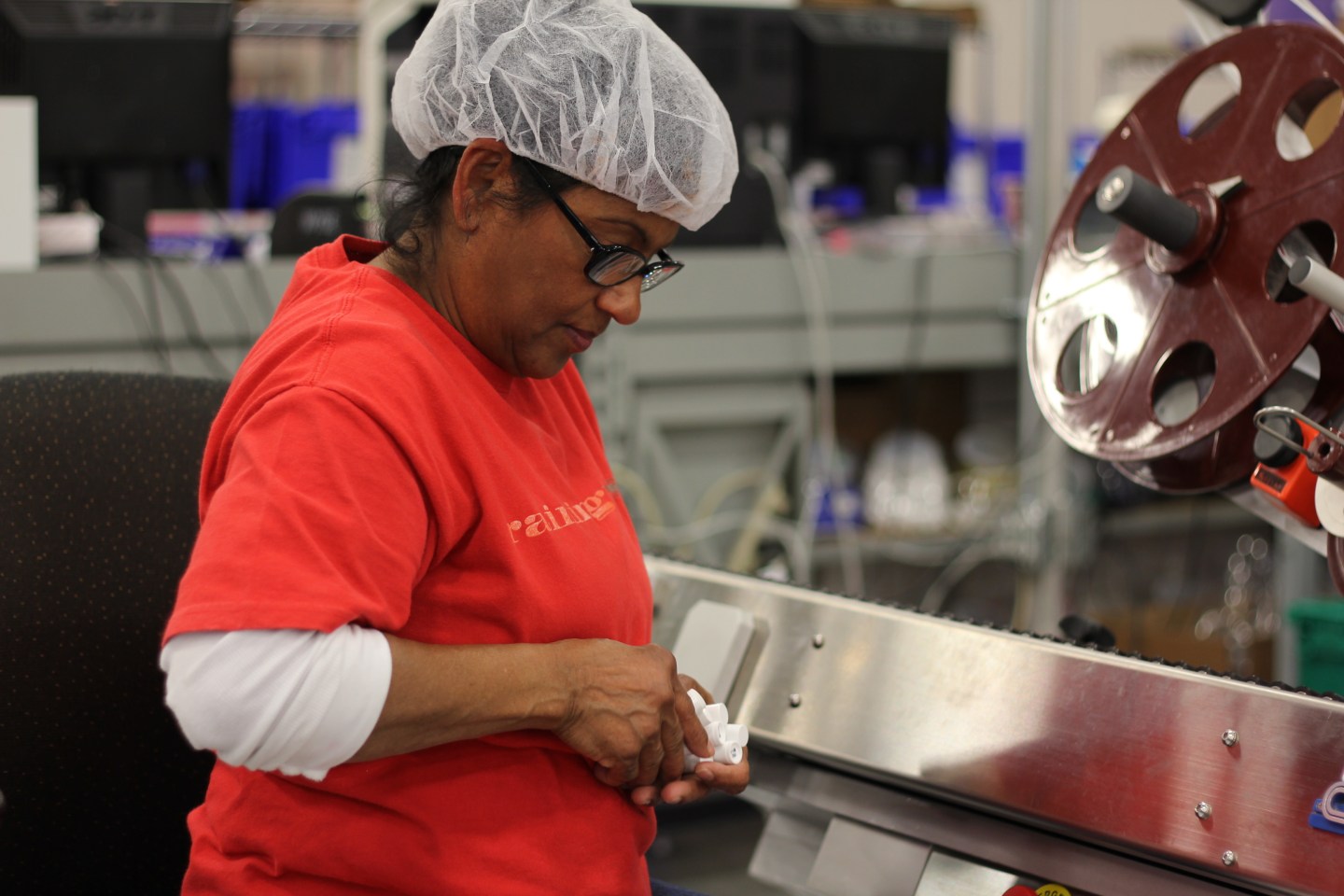 A hemp-based cosmetics company. That’s not the type of business you’d think would be attractive to two telecommunications executives, but it’s exactly what Chuck Hammond and Art Christoffersen were looking for in the early 2000s.

Neither of them had experience making lip balms, but the tumult of the telecommunications sector in the late ‘90s led them to want to produce something more tangible. Noticing an emerging trend in all-natural beauty products, the two bought Cedar Rapids-based Raining Rose — at the time, a family-run business — in 2003. Hammond, now the president and chief executive, says natural skin care brand Burt’s Bees was his initial source of inspiration. “This was at a time when Burt’s Bees was getting a lot of traction,” he says. “I thought ‘let’s be a private-label version of Burt’s Bees.’”

Check out the full Inner City 100 list and methodology

You won’t find the Raining Rose brand on store shelves, however. The company is a contract manufacturer, meaning it makes products for other brands who then sell them under their own labels. Raining Rose doesn’t get the brand name recognition, but it takes pride in striving to help a diversity of clients, whatever their needs. “We have taken bets on small customers that have grown,” Hammond says. “If someone comes to us with an idea we’ll help get them started.”

That’s in stark contrast to many contract manufacturers who won’t take small orders or require a minimum number of units to do business. Still, Raining Rose’s strategy isn’t 100% foolproof. Hammond recalls one small client that wanted to place an order for 15 different lip balms. It didn’t work out for the company, but if Raining Rose, didn’t make bets it could miss out on a big one, he says.

Raining Rose has also earned B Corporation status, which means the company meets the highest standards of social and environmental performance. But perhaps most intriguing about the company is the strength and loyalty of Raining Rose’s employees, many of whom have been with the company since the beginning and have seen it through tough times. In its short life, Raining Rose has had to reinvent itself, facing unexpected peril. Three years into the business the company lost co-owner Christoffersen to cancer, which forced Hammond to redefine the roles and responsibilities of staff members while mourning the loss of a dear friend and leader. The team worked through it, made changes and began to gain momentum. But then in 2008, Cedar Rapids’ downtown area flooded and Raining Rose had eight feet of water in its production facility. “We were operating out of several facilities that summer and re-building once the flooding stopped,” says Hammond. “It was a disaster.”

Related: Why Businesses Are Finding Success in Chicago

Hammond lauds his employees’ resilience. “One thing we did right is hire really good people who helped create the culture and seed the company to be what it is today,” he says.