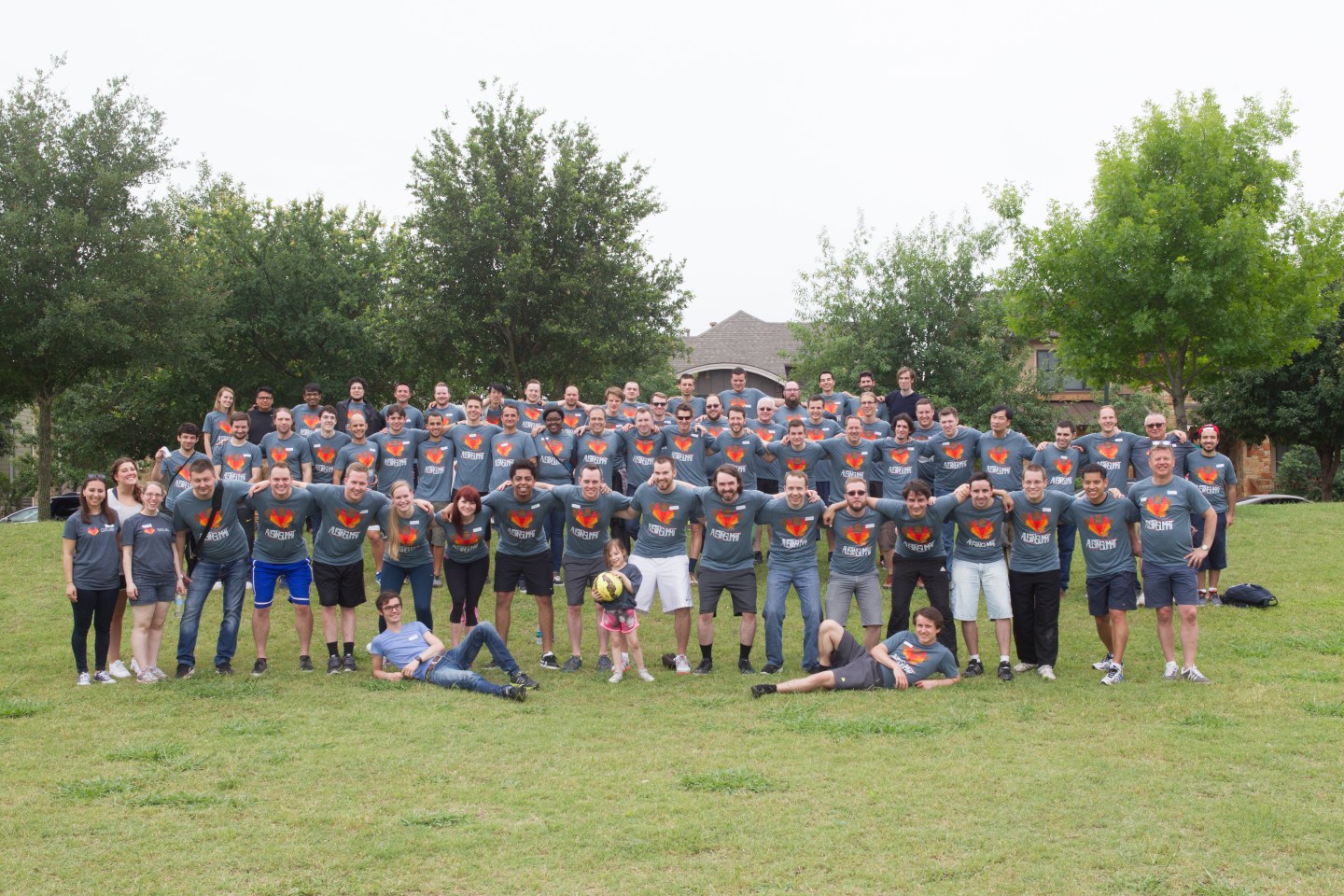 Many large organizations are hiring software developers at a furious pace to create mobile apps and services to better connect with their customers and business partners.

That has been a big factor in the rise of software companies that sell tools for managing development projects such as GitHub, valued at $2 billion as of July 2015, and Atlassian (TEAM), which went public in December.

Meet their latest would-be rival, GitLab, which Tuesday disclosed $20 million in a Series B funding round led by August Capital. Like its better-known competitors, GitLab sells an open source technology called Git that is used by teams of corporate developers to collaborate on defining new features and keep track of when code is being added or revised. The idea is to help them iterate and make additions more quickly and continuously, a process known as “agile” development.

“Software development workflows have become amazingly complex,” Sijbrandij told Fortune. “We think that projects should be a shared effort.”

Villi Iltchev, a partner at August Capital, said the rapid pace of downloads for GitLab’s software—more than 1 million and counting—captured his interest. He believes there’s big upside potential for open source tools that help development teams manage their projects. Right now, Git is used by approximately 30% of corporate software developers, according to the figures used by GitLab.

“The traction they have really blew my mind, especially within organizations that they shouldn’t really be able to sell into,” Iltchev said, referring to GitLab’s relatively limited brand recognition compared with its rivals.

When GitLab graduated from Y Combinator last year, it had about nine employees. Now it has close to 100, according to Sijbrandij. Technically, the company was born in Holland, but moved its headquarters to the U.S. as adoption accelerated.

Both Sijbrandij and his co-founder Dmitriy Zaporozhets, who lives in the Ukraine, got their start as software programmers. The two didn’t meet in person until after GitLab (the company) was officially started.