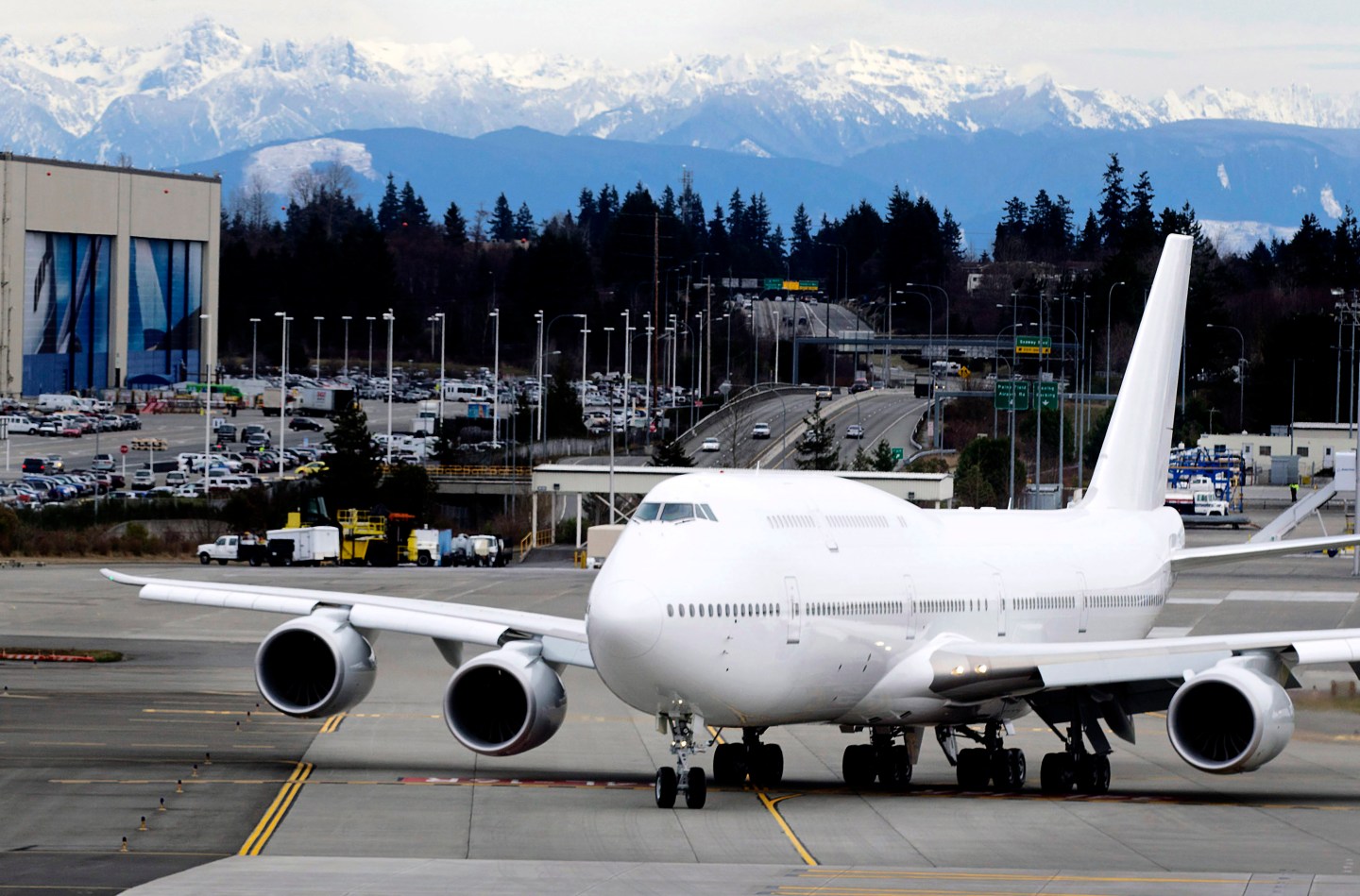 EVERETT, WA - FEBRUARY 28: A Boeing 747-8 Intercontinental airliner which will be delivered to an undisclosed VIP customer, taxis before taking off at the Paine Field February 28, 2012 in Everett, Washington. The 747-8 Intercontinental, which includes more fuel efficiency and quieter engines, is the largest airliner manufactured by Boeing. (Photo by Stephen Brashear/Getty Images)
Stephen Brashear/Getty Images

Chinese airlines are likely to purchase 6,810 planes worth $1.025 trillion in the next 20 years as they expand fleets to cater to robust growth in domestic and overseas tourism, Boeing (BA) forecast on Tuesday.

“The continuing expansion of China’s middle class, coupled with new visa policies and a wide range of widebody airplanes… gives us every reason to expect a very bright future for China’s long-haul market,” Randy Tinseth, Boeing Commercial Airplanes’ vice president of marketing, said in a statement.

He also said that he expects passenger traffic to grow 6.4% in China annually over the next 20 years.

Boeing has stayed bullish on China even as other U.S. companies have expressed concern over the country’s slower economic growth. A senior Boeing executive said in August that the plane maker was not seeing any softness in demand in China.