Here’s Why Alibaba Will Never Buy Back Yahoo Stake 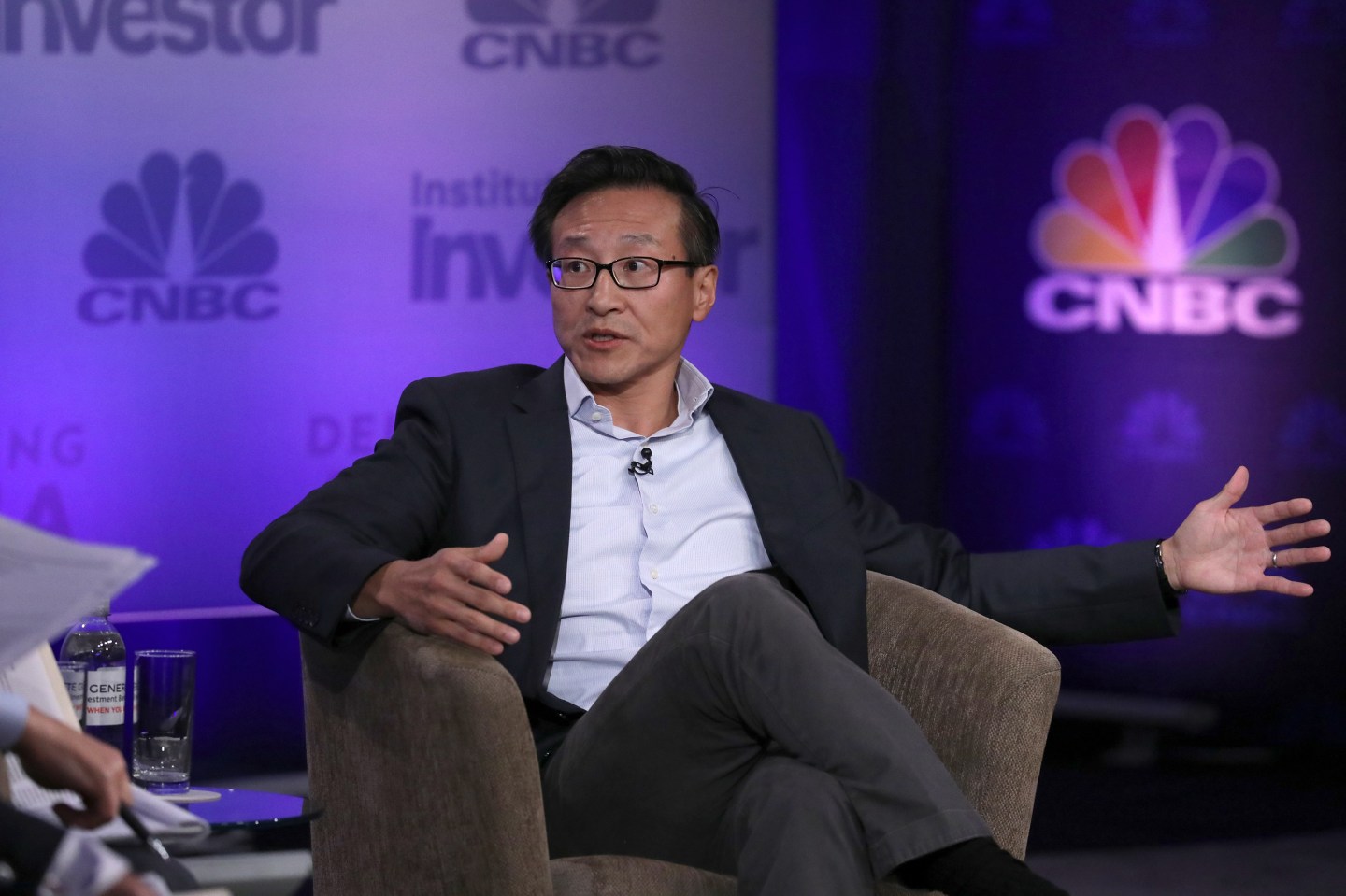 Think of Yahoo’s Alibaba stock as a deserted island.

The island is a U.S. territory, even though it’s loaded up with Chinese assets—specifically, Yahoo’s 15% investment stake in China-based Alibaba (BABA). The island used to be slightly bigger and connected to the mainland, but ever since Verizon (VZ) bought the chunk containing Yahoo’s core business in July, the Alibaba shares are just floating out there by themselves. And while Alibaba might want to reclaim that island’s cargo and bring it back home to China, it would first have to take it all through a massive U.S. toll booth—which would demand a tariff so big that Alibaba might be better off just leaving the shares stranded on that island.

“If we buy RemainCo, we need to figure out how to break that glass box to get our shares back,” Tsai said.

The glass box—you can imagine it branded with the official seal of the United States, and maybe an alarm to boot—has the same problem as the cargo on our hypothetical island: Alibaba can’t access it without first paying tax to Uncle Sam on the investment profits from the shares, which in this case would trigger a U.S. federal income tax rate of 35%, as opposed to a lower rate on capital gains, according to Tsai. (Before he came to Alibaba, he was a tax attorney at the New York law firm Sullivan & Cromwell.)

The profits on the shares are significant, to say the least. Yahoo spent $1 billion for a 40% stake in Alibaba in 2005, nearly a decade before the Chinese e-commerce giant went public. That means its cost for the 15% was about $375 million. You can get a rough estimate of that stake’s current value by just subtracting Verizon’s $4.8 billion purchase price of Yahoo’s core assets from Yahoo’s current market value of $41.5 billion. That means the stake is currently worth about $36.7 billion, of which 99% is profit.

To pay a 35% tax rate on those profits of about $36.3 billion comes out to a tax bill of nearly $13 billion for whoever wants to free those shares from their glass cage, or rescue them from the deserted island—depending on your preferred metaphor.

This disheartening realization, of course, was the same one that led Yahoo to decide not to spin off its Alibaba shares into a separate company in December, as it had planned, after the IRS refused to bless the transaction as tax-free. Ever since, those shares have been encased in the proverbial glass box.

“Buying RemainCo doesn’t solve our tax problem because you still have an asset with a built-in gain and potential liability trapped in this glass box,” Tsai said.

Yahoo investors, many of whom were disappointed by the mediocre price the tech company’s core assets ultimately fetched, are now more anxious than ever to cash out on their Alibaba shares and wash their hands clean of the investment. Why, they might wonder, can’t Alibaba just buy them back and leave them on the island, never to return? It’s not that simple, Tsai said. See, in order for companies (and their investors) to get the benefits of buying back their own shares—reducing the amount of shares outstanding helps boost earnings-per-share, for one—the companies need to be able to actually retire the shares that they buy back, taking them out of circulation permanently.

While Alibaba could buy back its Yahoo shares, Tsai said, it can’t retire them without first breaking them out of the glass box. “Those shares are legally outstanding—they’re not retired,” he said. “So if we want to pay a dividend, if we want to spin off companies from our business, it’s going to create a lot of problems, because we have to pay with respect to those shares.” In other words, Alibaba would not get many of the benefits of a share buyback if it did not pay the tax bill.

The tax calculations, however, could change depending on whether Donald Trump or Hillary Clinton is elected president, as both have vowed to reform the tax code, which could potentially help solve Alibaba’s problem.

In the meantime, Tsai had advice about how to value Yahoo’s remaining Alibaba stake, a.k.a. RemainCo: Don’t assume that each of Yahoo’s Alibaba shares is worth as much a regular Alibaba share—in fact, Yahoo’s Alibaba shares are worth less than they otherwise would be. “That asset should trade at a discount because you have this big built-in tax liability,” he said. After all, you have to account for the cost of ship fuel to get them off the island.

Editor’s note: An earlier version of this article incorrectly calculated the cost basis of Yahoo’s 15% stake in Alibaba. It is $375 million, not $150 million. Fortune regrets the error.