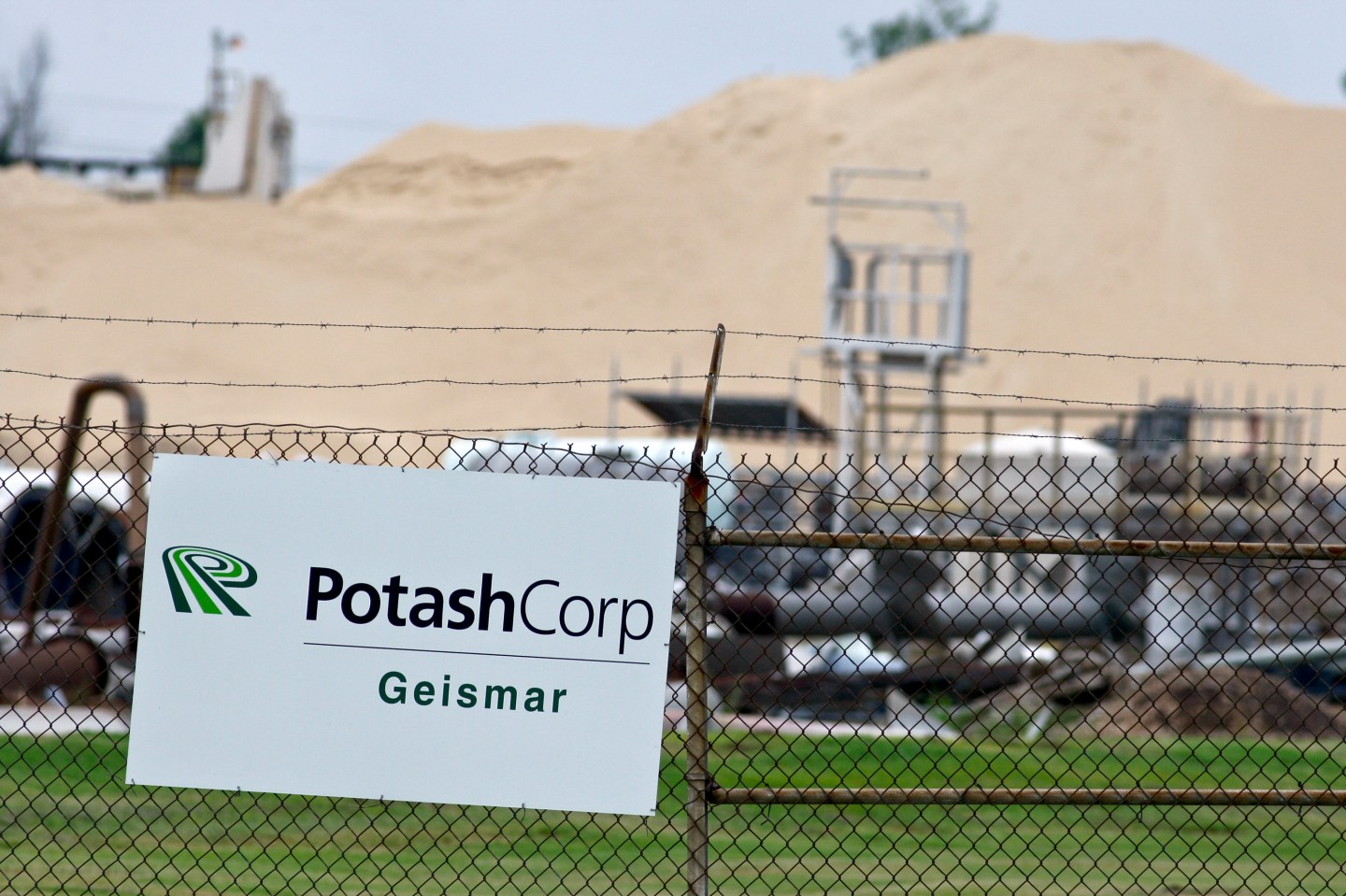 Canada’s Agrium (AGU) and Potash Corp of Saskatchewan (POT) agreed to combine in a deal that would create a fertilizer giant with an enterprise value of about $36 billion but also draw scrutiny from U.S. regulators.

Potash and Agrium said last month they were in talks to merge. The merger will create a company dominant in North America, controlling nearly two-thirds of potash capacity, 30% of phosphate production capability and 29% of nitrogen capacity, National Bank analyst Greg Colman had said at the time.

The deal would be the latest in a string of agriculture merger attempts, including potential combinations of seed giants Monsanto and Bayer AG, and ChemChina and Syngenta (SYT).

Fertilizer companies have suffered lower profits as crop nutrient prices have tumbled due to excessive supply and weak demand.

Crop prices have also been hurt, with corn and wheat at seven-year and 10-year lows respectively, giving farmers less incentive to maximize production with fertilizer.

Potash Corp shareholders will own about 52% of the new company, with Agrium shareholders owning the rest after the deal closes, which is in mid-2017.

The combined company would have had 2015 net revenue of about $20.6 billion and earnings before interest, taxes, depreciation, and amortization (EBITDA) of $4.7 billion before synergies, on a proforma basis, the companies said.

The companies expect annual operating synergies of up to $500 million from the merger, primarily from distribution and retail integration, production and SG&A optimization, and procurement.

“Other than the trotting out the usual banalities of ‘pre-eminent low-cost producer,’ there is little to substantiate how $500 million in synergies will be achieved,” said independent analyst and investor Chris Damas, noting that Russian rival Uralkali has a lower cost of potash production than even that of Potash Corp’s largest mine.

“This is more Agrium buying Potash Corp than vice versa,” he added in a note, pointing out that Magro—a protégé of the Agrium’s long-time former CEO Mike Wilson—will be calling the shots at the combined entity.

Following the close of the transaction, the new company will be headquartered in Saskatoon, with Canadian corporate offices in both Calgary and Saskatoon.