Meg Whitman’s Next Boss Could Be Hillary Clinton 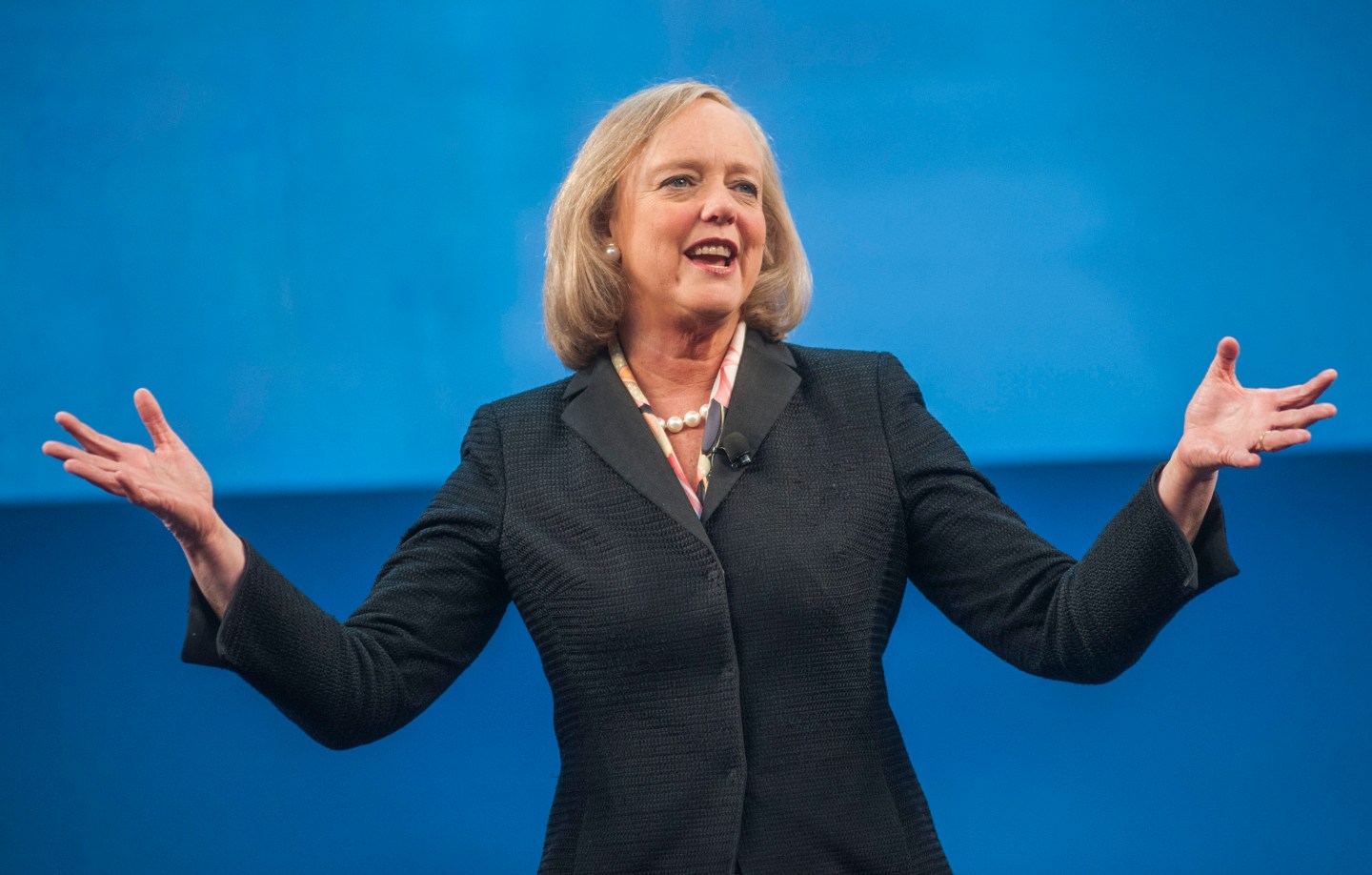 There’s been a little chatter about it. Asked during a Clinton campaign event in Denver whether a cabinet post was a possibility, Whitman, who is chief executive officer of Hewlett Packard Enterprise (HPE) told KUSA TV: “We’ll see what happens.”

To be clear, the video clip of the interview posted on station’s site does not include that particular sound bite, but KUSA anchor Kyle Clark confirmed the comment to Fortune via email. HPE has not yet responded to request for comment.

Whitman as a potential Secretary of Commerce, for example, makes sense. Fortune reached out to KUSA and HPE for additional comment and will update this story as needed.

Over the past few months, Whitman has said repeatedly that Clinton would be better for the economy and for business than Republican nominee Donald Trump. And, after five years at the helm of Hewlett-Packard (HPQ) (now HPE) smart money is that she’s looking for a graceful exit. A high-level government job would fill that bill.

Whitman has also said she is still a Republican and will remain one. By naming her, Clinton could get brownie points for being bi-partisan. And even in these bitterly polarized times, presidents have named cabinet secretaries from other parties quite often. Two recent examples are Ray LaHood and Robert Gates, both Republicans who served as secretary of transportation and defense respectively in President Barack Obama’s administration.

There is also precedent for cabinet talk relative to Whitman herself. When she backed John McCain in his 2008 race against Obama, she was mentioned as a possible candidate for U.S. Treasury Secretary.

For more on Meg Whitman and this year’s presidential race, watch:

As for this year’s race, Whitman had backed New Jersey governor Chris Christie in the Republican primaries but didn’t transfer that support to candidate Trump. In early August, she said she’d vote for Clinton. A few weeks later she headlined the aforementioned Denver event.

Note: This story was updated to include KUSA Kyle Clark’s confirmation of Whitman’s comments.