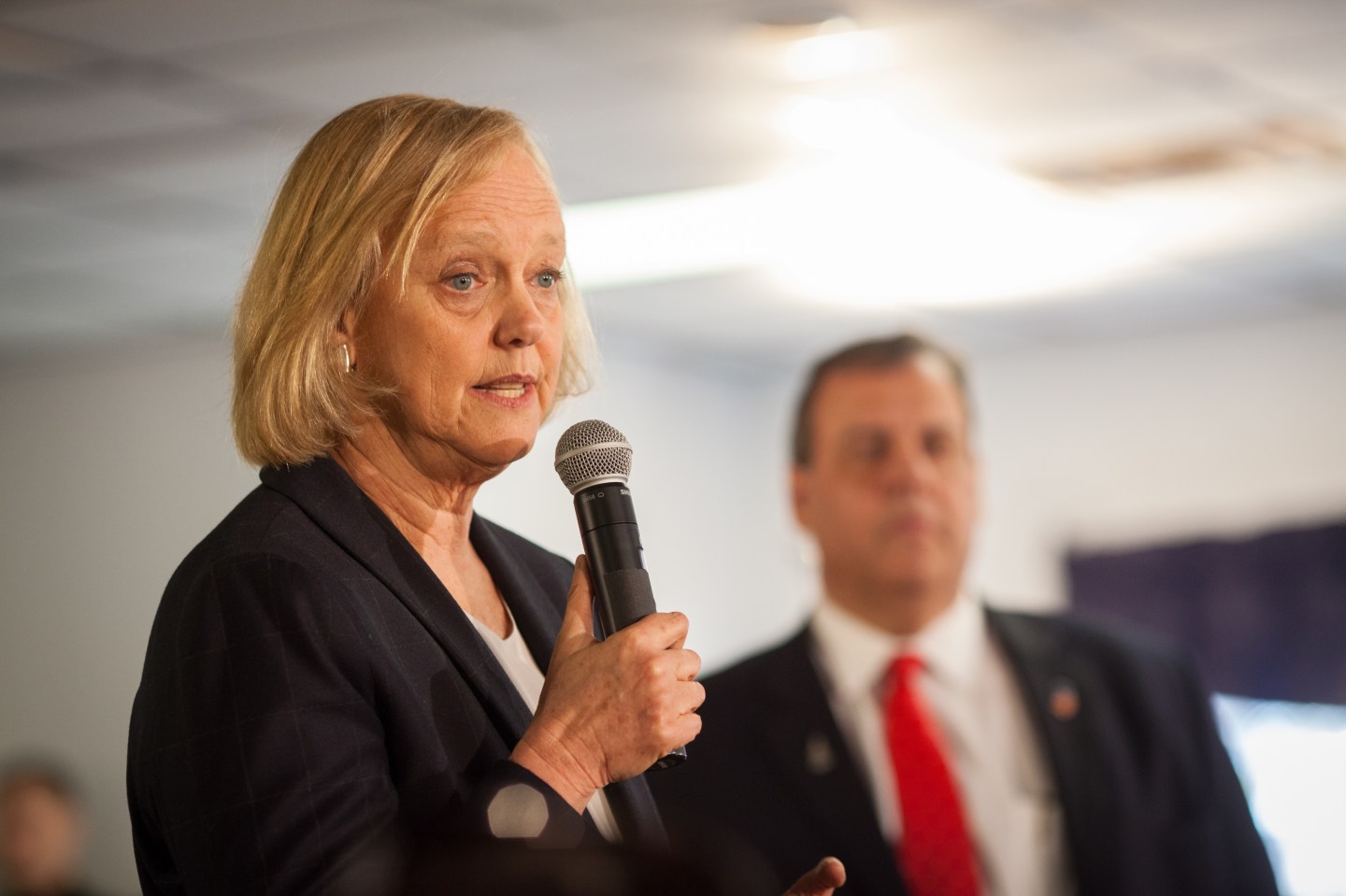 Meg Whitman, a Republican who had backed Chris Christie for president during the primaries, will take to the hustings in Denver today to campaign for Democratic nominee Hillary Clinton.

This is not surprising: Early this month Whitman, chief executive of Hewlett Packard Enterprise (HPE), said she would vote for Clinton and telegraphed that she would also stump for the candidate. Tuesday marks the first time she will actually do so publicly.

She is the first among several high-profile Republicans who have rejected the candidacy of Donald Trump to do so, according to Politico. According to that report, Whitman has already met privately with donors in her home state of California.

In June, Whitman had some strong words for the Republican nominee, comparing him to World War II era fascists and imploring others in the party to reject his candidacy. When Christie dropped out in February, throwing his support to Trump, Whitman re-evaluated her options.

Several prominent Republicans, including former staffers for both Presidents Bush, have come out for Clinton. In the business community, Republican-leaning execs including Jim Cicconi, senior executive vice president for AT&T Services (T), and Dan Akerson, a former top exec at General Motors (GM) and Nextel, are also behind Clinton, according to The Wall Street Journal, citing a Clinton aide. Venture capitalist Marc Andreessen, who has donated to Republican candidates in the past, is also on the Clinton bandwagon, citing Trump’s anti-immigration stance.

Whitman will meet with business leaders at Denver’s Crawford Hotel to talk up Clinton’s job plans on Tuesday morning, according to The Denver Post.