Why Is Beyoncé on Fortune’s 2016 List of Most Powerful Women? 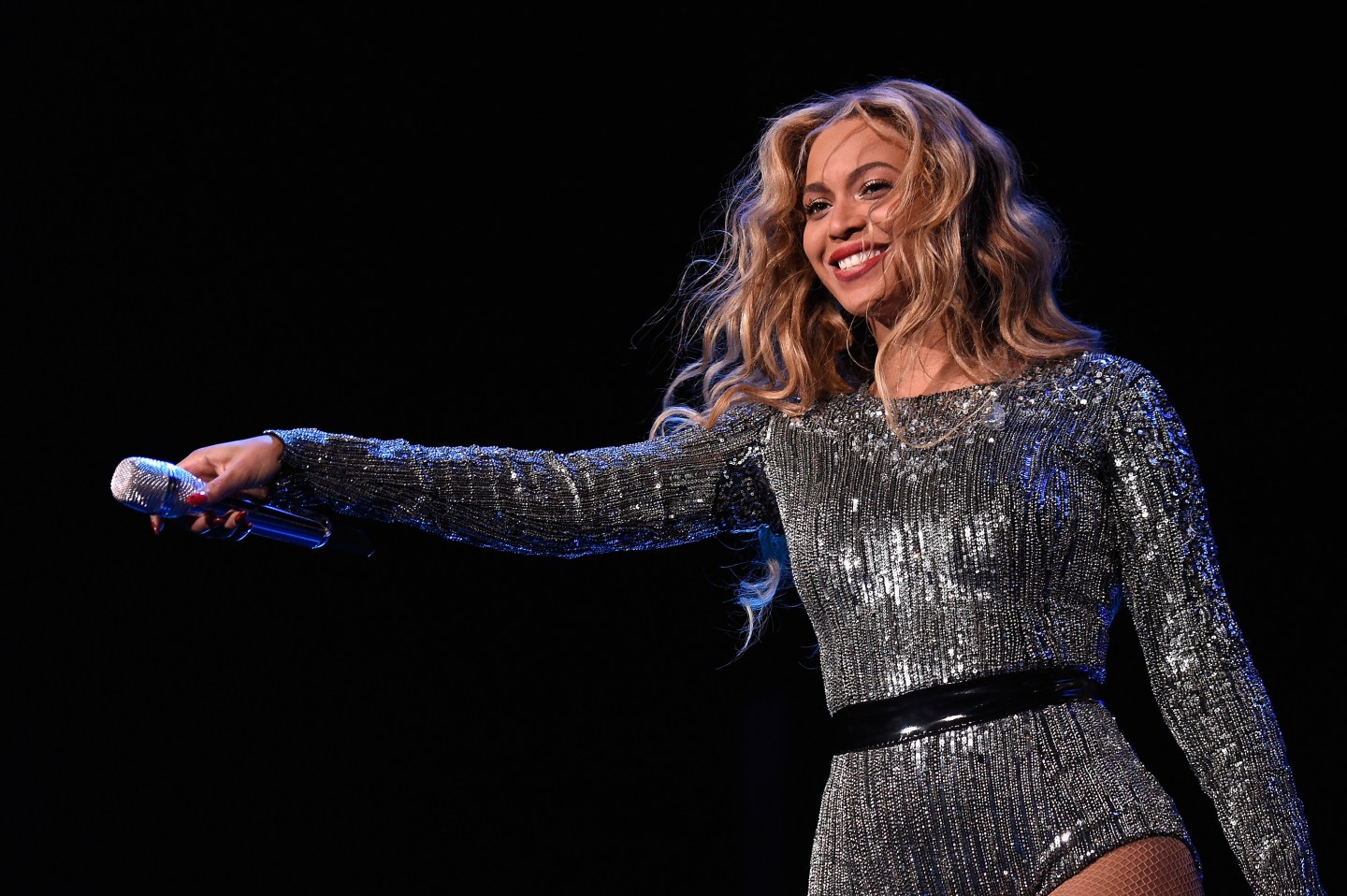 Beyoncé just might be a black Bill Gates in the making.

Every year, Fortune chooses a “fun 51” for our Most Powerful Women list—an honor that goes to a woman who is having a significant impact on the business world, but who does not necessarily fulfill all of our usual MPW criteria. For 2016, that spot goes to Beyoncé, who, along with making a huge splash in the music world with her politically-charged new album Lemonade—which, by the way, made music history when all 12 of its tracks made onto the Billboard top 100—also made major waves in a number of other industries.

This spring, she and Arcadia Group chairman Sir Philip Green co-founded athleisure clothing brand Ivy Park. “I presented [Green] with the idea, the mission statement, the purpose, the marketing strategy—all in the first meeting. I think he was pretty blown away, and he agreed to the 50-50 partnership,” said the pop star in an April interview with Elle.

In the same interview, she talked about the difference between being an artist and being a businesswoman. “It’s exciting, but having the power to make every final decision and being accountable for them is definitely a burden and a blessing,” she said.

While the venture is Bey’s first major foray outside of the music world, she is no stranger to being the boss. She founded her own entertainment and management company, Parkwood Entertainment, in 2007. (Ivy Park is a joint venture between Parkwood and the Arcadia-owned fashion brand Topshop.)

This year, the nine-year-old company added a music label arm to its operations and signed its three first artists, all of whom are women. The choice to sign exclusively female artists was a conscious decision.

“The music industry is dominated by men. And these labels go out and try to make carbon copies of whoever is successful at that moment. I’m over that…I want to take all my resources and give these artists the support of the best, to nurture them and allow them to be who they really are,” Beyoncé said in a statement announcing the new signees.

Supporting and investing in women seems to be a theme for the businesswoman this year. In May, she announced her investment in WTRML WTR, a female-founded, cold-pressed watermelon water startup. “This is more than an investment in a brand, it’s an investment in female leaders, fitness, American farmers, and the health of people and our planet,” she said in a statement at the time.

The hip-hop queen is also a stakeholder in music streaming service Tidal, which her husband Jay-Z acquired in 2015. Beyoncé is one of the company’s 20 “founding artists,” each of whom reportedly has about a 3% stake in Tidal (with the exception of the Carters, who hold more). There were hopes that the company—which analysts are calling a bust—would be bolstered by the release of Lemonade, but even Beyoncé’s stardom hasn’t been enough to save the platform; there are rumors that Jay-Z is currently in acquisition talks with Apple.

While Beyoncé representatives did not respond to requests for comment—and it’s still unclear how lucrative these ventures will be—she’s already worth hundreds of millions (estimates of her net worth range from $265 million to $465 million). Whatever the exact figure is, one thing is for certain: She slays.