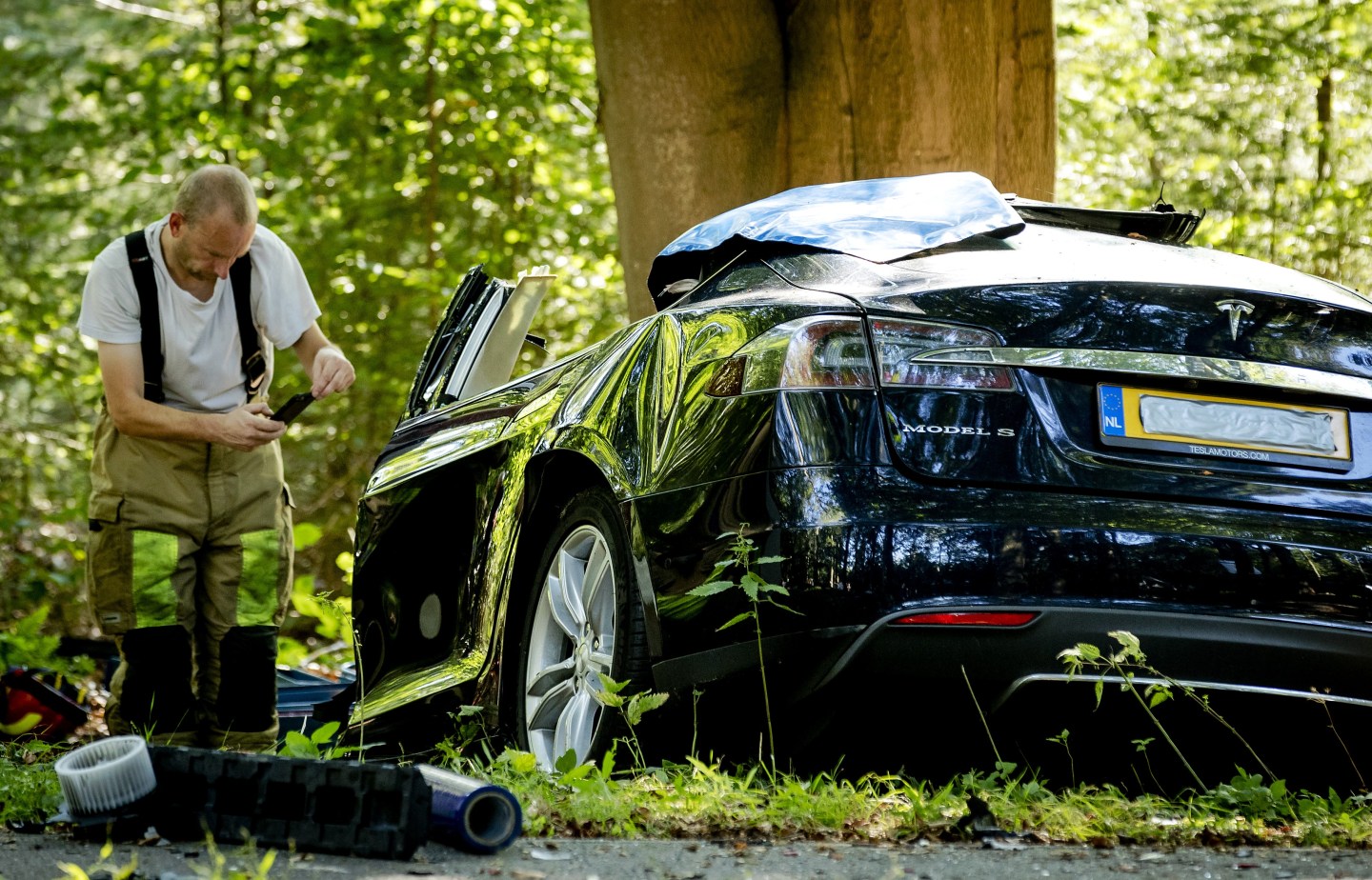 A rescue worker takes a picture around the spot where a Tesla slammed into a tree in Baarn, on September 7, 2016. Pioneering US electric car firm Tesla said on September 8, it was investigating a fatal crash in The Netherlands when a Model S sedan ploughed at high-speed into a tree.
Photograph by Robin Van Lonkhuijsen—AFP/Getty Images

A Tesla electric car involved in a fatal crash in the Netherlands this week was not using the “Autopilot” function at the time of the accident, Tesla said on Thursday.

“Thus far, — Autopilot was not engaged at any time during the drive cycle and that, consistent with the damage that was observed after the vehicle struck the tree, the vehicle was being driven at more than 155 kilometers [96 miles] an hour,” a Tesla spokesman said in a statement.

The cause of the crash on a highway about 40 kilometers east of Amsterdam is still being investigated, and Tesla (TSLA) is cooperating with authorities, the company said.

In the United States, the National Highway Traffic Safety Administration is investigating a May 7 fatality in Florida in which a driver using Tesla’s Autopilot driver assistance system crashed into a truck.