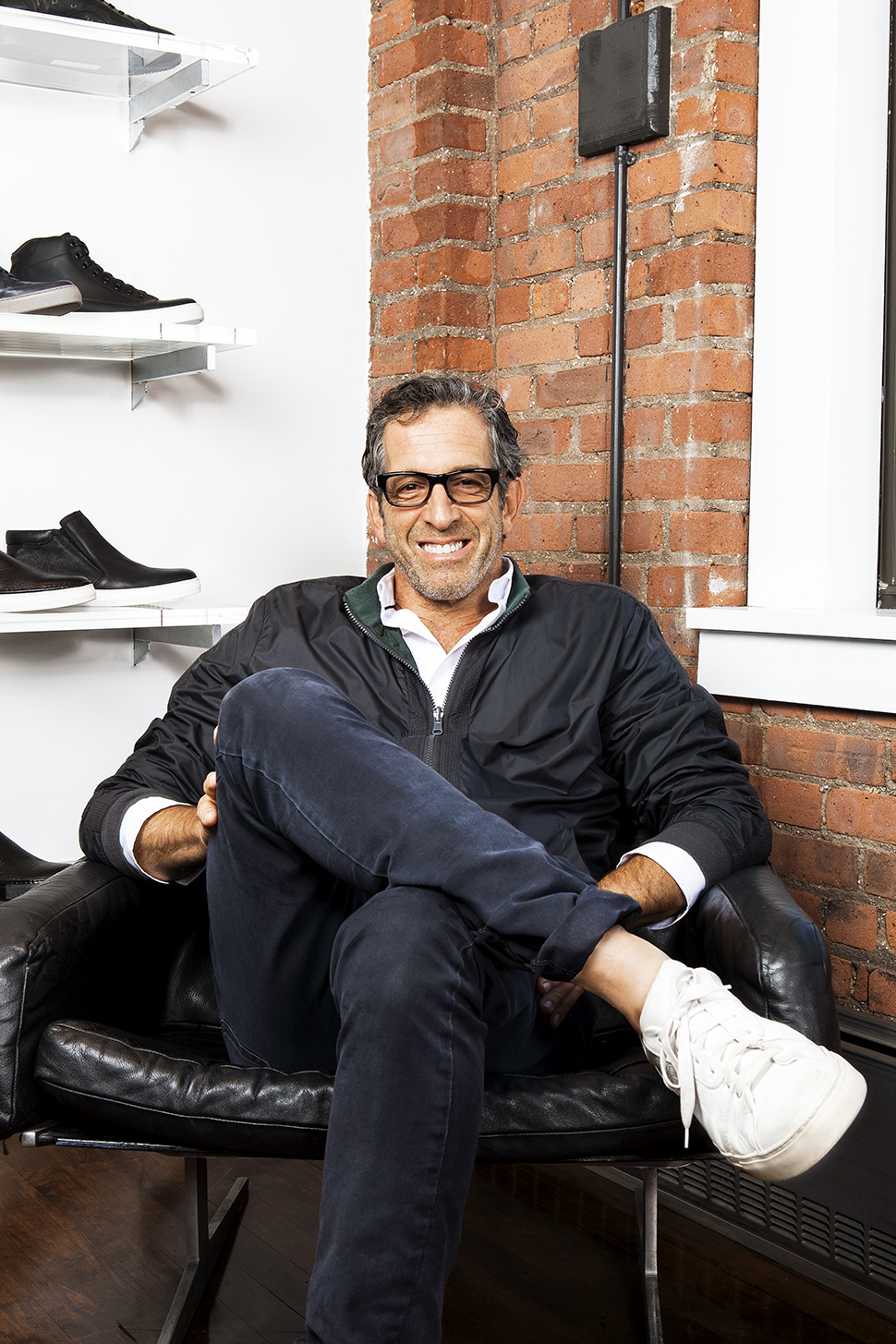 Kenneth Cole, 62, has long had a gift for drawing attention. He posed as a film-maker three decades ago to attract buyers to his shoe startup and later made his social agenda—promoting AIDS awareness and support for the homeless—an integral part of his company’s brand. Cole took his company public in 1994, then bought it back for $280 million in 2012. Today it sells a wide variety of apparel and accessories. His story:

I grew up in the New York area. My father had a women’s shoe factory in Brooklyn. I went to Emory University, and I was on my way to law school, but I put that on hold to help my father when one of his senior executives left. I came to realize that the law is about a book of rules, and he who learns them best, and is the most creative in interpreting them, goes furthest. But in business, you get to write your own book every day.

After working with my father for two years, we started Candie’s, a line of imported shoes from Italy. Then in 1982 I set out to start my own business. I had very little money, and I knew that most startups don’t survive. So I went to Italy to find shoe factories that needed business.

I designed shoes, made prototypes, and committed to ordering 40,000 pairs of shoes. There wasn’t a mechanism to get trademarks researched and registered quickly, so I used my name as the company name.

Back then, shoes were previewed at Market Week. You either took a room at the New York Hilton, where the trade show was, or you had a big fancy showroom. I didn’t have the money for either. So I called a friend and said, “If I can figure out a way to park your 40-foot trailer across the street from the Hilton, will you lend it to me?”

He said yes, so I contacted the mayor’s office and was told we couldn’t park the trailer unless we were a utility company servicing the streets or a production company shooting a film, thus promoting New York City. So I went to a stationery store, and $14 later I had a new letterhead that changed our name to Kenneth Cole Productions, Inc. I used the letterhead to apply for a permit to shoot The Birth of a Shoe Company, and on Dec. 2, 1982, we opened a 40-foot mobile showroom just north of the Hilton.

We had shoes, klieg lights, stanchions, and a cameraman. Sometimes there was film in the camera and sometimes not. The buyers came, and I used a telephone booth outside the trailer to periodically adjust the orders by color and size.

I sold 40,000 pairs of shoes in 3½ days and was off and running. We had $5 million in sales that first year and made a profit of $1 million. Today the company is still named Kenneth Cole Productions to remind us of the importance of storytelling and resourcefulness.

For more on the retail industry, watch this Fortune video:

In the early years I had no real plan. I figured it out as I went, which is easier to do when you don’t have a lot of staff and overhead. Back then I believed my job was just to create great-looking shoes. That wasn’t true. I learned that the shoes needed to fit, be comfortable, and not fall apart. I had to invest more in the construction of the shoe, not just the look.

I also learned that my job wasn’t to tell people what to wear but to find out what they wanted, and to give it to them in an unexpected way. So I’d spend time in the stores to see what people were trying on. I’d go to clubs at night because people would dress to impress, and I’d try to interpret what they wanted.

To expand, I could either find more people to sell shoes to or find more things to sell to the same people. I chose to sell in more categories. First I turned to guys. In 1984, there wasn’t a fashionable part of the business for men. As a creative person, it’s not about seeing what’s there but seeing what’s not there. So I started designing shoes I wanted to wear, which was a luxury, and put them in stores. Then came women’s handbags and leather outerwear.

I was competing with bigger brands, so we started advertising. At first, our ads were mostly tongue in cheek. But in 1985 we launched the AIDS campaign, which changed the brand forever. I wanted to speak to our audience about not just what they stood in, but what they stood for.

At the time, the Live Aid and We Are the World campaigns were going on about starvation in Ethiopia. I was shocked that no one was saying anything about AIDS. So we did a campaign with photographer Annie Leibovitz shooting some of the biggest models in the industry in support of Amfar [American Foundation for AIDS Research]. It changed the culture of the company. From that point on, we found other initiatives the company could support.

In 1994 I took the company public. We aggressively rolled out stores to have a direct relationship with the consumer and started to expand globally. I had never had debt, and going public allowed that to continue.

Over time, it got harder to make tough decisions in the public arena, so a few years ago I decided to become smaller to get bigger and [closed a number of stores]. I wanted to go into a new business model with e-commerce, so we rebranded and now speak about “the urban uniform for the courageous class.”

Today, design is not proprietary because of the Internet and social media. What is proprietary is your brand. You need a clear point of view that is consistent and delivers on expectations. The reality is, everybody’s defining their own brand on Facebook (FB), Twitter (TWTR), and Instagram. Hopefully, they’ll allow you to be part of their brand.

We went private in 2012, and I own more than 80% of the company. Success is a very personal expression, and a dangerous one. If you stand on what you’ve accomplished, it gets in the way of what you still need to do. I stay focused on what’s ahead.

A version of this article appears in the September 15, 2016 issue of Fortune with the headline “The Man Becomes the Brand.”