Hong Kong Elections Give Voice to a New Political Generation 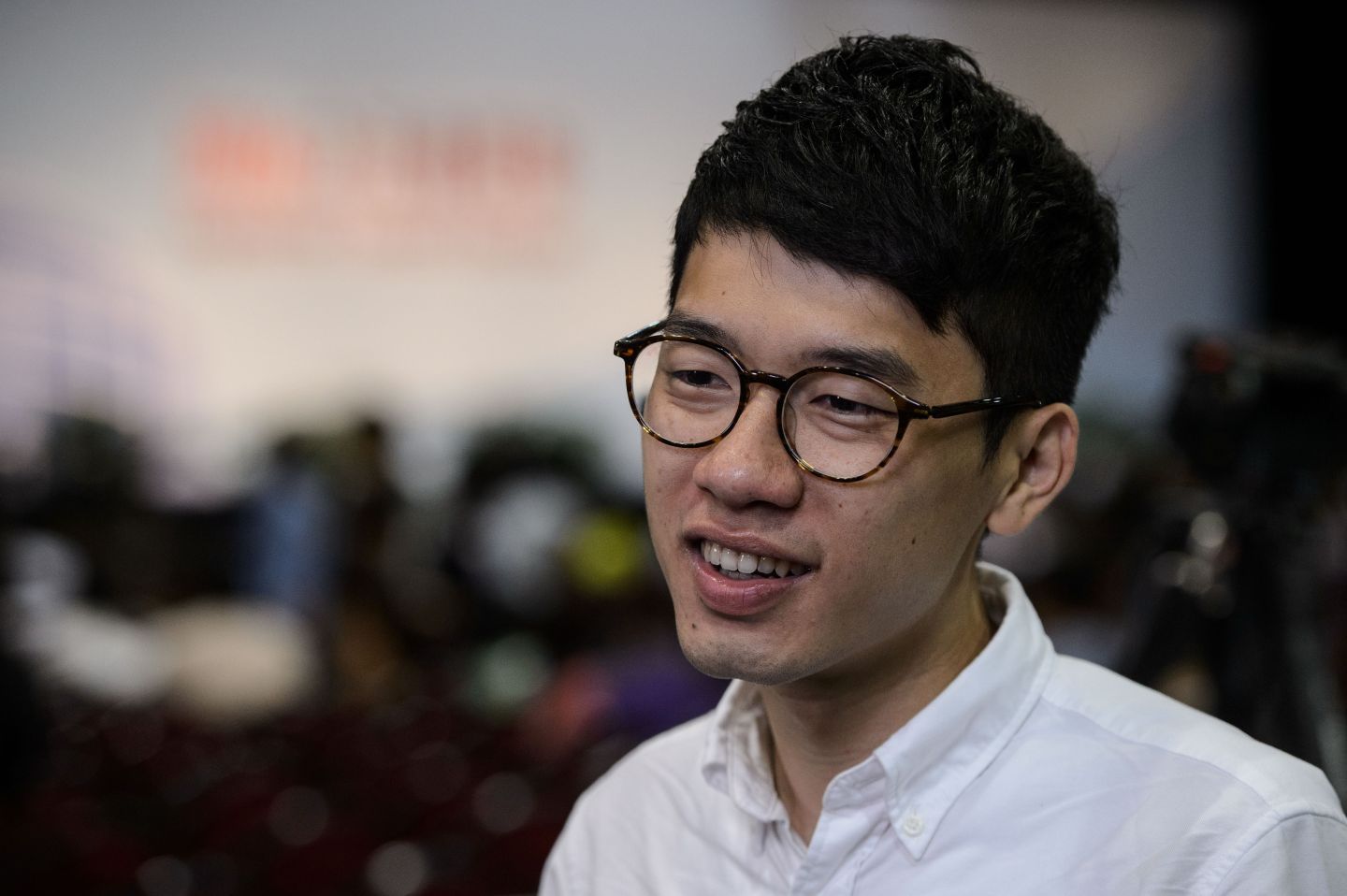 Nathan Law, 23, of political party Demosisto speaks to the press following his win in the Legislative Council election, at the central counting station in Hong Kong on September 5, 2016. A new generation of young Hong Kong politicians advocating a break from Beijing looked set to become lawmakers for the first time on September 5 in the biggest poll since mass pro-democracy rallies in 2014. / AFP / ANTHONY WALLACE (Photo credit should read ANTHONY WALLACE/AFP/Getty Images)
ANTHONY WALLACE/AFP/Getty Images

Two years after the massive protests that galvanized Hong Kong’s mounting fight for democracy, voters here went to the polls on Sunday to legitimize a new political ethos that is unabashed in its fight against China’s encroachment in the semiautonomous territory.

The election was for Hong Kong’s Legislative Council, a 70-seat lawmaking body that is only semi-democratic: half of its members are directly elected by the people; the rest, under an electoral system that has been described as the “world’s weirdest,” are largely selected by representatives from various sectors of the economy. A record 2.2 million voters cast their ballots for the former, at a turnout rate of 58%, according to local election authorities. (The turnout in the last election, four years ago, was 53%.)

The election was the first major vote since the 2014 pro-democracy demonstrations, which demanded reforms to how the chief executive, the territory’s head of government, is chosen. The leaders of those protests were mostly students, and critics dismissed them accordingly — as naive, recklessly idealistic, and ultimately politically powerless. That is no longer the case. Nathan Law, 23 — who heads the new political party Demosistō alongside the 19-year-old pro-democracy figurehead Joshua Wong — is now the youngest lawmaker in Hong Kong’s history.

The election also saw the victory of 30-year-old Baggio Leung and 25-year-old Yau Wai-ching: two representatives of what is known as the “localism” movement, which demands the territory’s right to self-determination. It is the milder cousin of a movement that calls for Hong Kong’s outright independence from China; both are unprecedented and have emerged in the past year in the wake of what many see as Beijing’s abuses of “one country, two systems,” the constitutional dynamic that has granted Hong Kong a “high degree of autonomy” since China regained sovereignty over the former British colony in 1997.

Hong Kong went into this election somewhat cynically. The makeup of the Legislative Council (or Legco, as it is colloquially known) has always seen Hong Kong’s pro-Beijing camp hold a majority, in large part because the unique election system is designed to ensure it. Some were anxious that the pan-democratic camp — which held 27 seats to the pro-Beijing camp’s 43 — would lose seats in the election, granting the pro-Beijing camp the two-thirds majority necessary to pass its agenda through the legislature.

See also: Theresa May Says Brexit Could Bring ‘Difficult Times’ For the UK

Some results were still trickling in on Monday afternoon, but local press are forecasting that the proportion of pro-Beijing seats to pan-democrat seats would remain roughly the same in the next legislative session. Instead the greatest shift will be generational and ideological.

“Hong Kongers feel that ‘one country, two systems’ and [Hong Kong’s constitution] the Basic Law are now failures. This is the reason for my success,” Leung told TIME on Monday afternoon. “Now, we can bring these ideas to the table.”