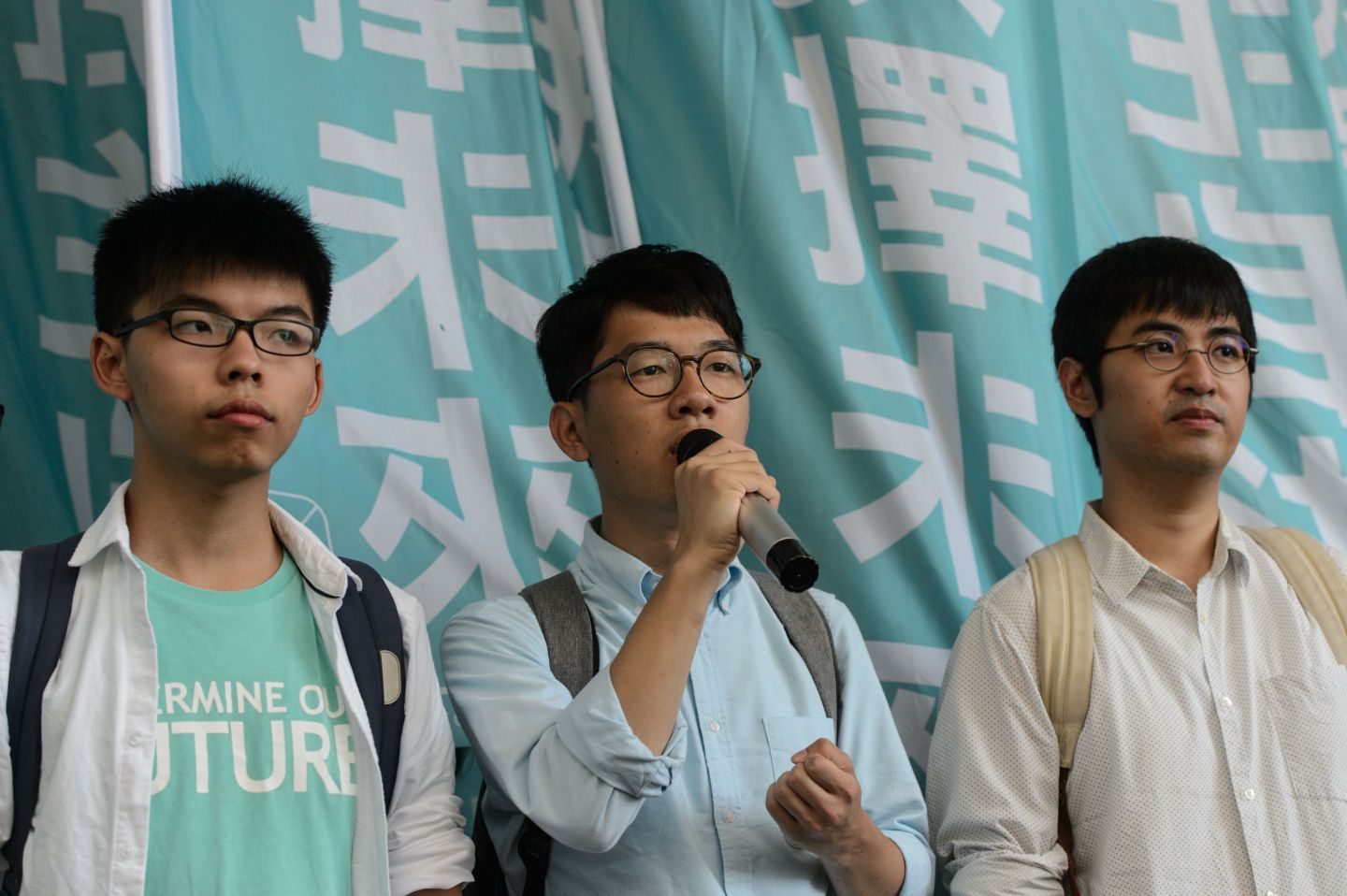 Pro-democracy political activists and members of the Demosisto party (L to R) Joshua Wong, Nathan Law and Alex Chow, speak as they arrive at the Eastern Court in Hong Kong on July 21, 2016. The three were to face a court verdict over charges related to a protest leading up to pro-democracy rallies in 2014. / AFP / ANTHONY WALLACE (Photo credit should read ANTHONY WALLACE/AFP/Getty Images)
ANTHONY WALLACE/ AFP/ Getty Images

Pro-democracy leaders Joshua Wong, Nathan Law and Alex Chow were found guilty on Thursday morning of charges relating to a protest in September 2014. The protest ultimately triggered a citywide occupation by thousands of students and supporters, which paralyzed much of Hong Kong for 79 days.

Surrounded by trademark cyan blue banners of their center-left party Demosistō — which seeks self-determination for Hong Kong — and joined by dozens of supporters outside the Eastern Magistrates’ Court, the three delivered speeches prior to the verdict and said they would “fight until the people enjoy universal suffrage.” They added that they were prepared for jail.

The convictions against the three activists relate to a protest on Sept. 26, 2014, calling for Hongkongers to be given the right to directly nominate and elect the region’s top official through universal suffrage. (Currently that official is vetted by Beijing and selected by a small electoral college.)

The protest, which saw police respond with tear gas after some 200 students stormed a barricaded square outside Hong Kong’s main government offices, kicked off the movement that became known as the Umbrella Revolution.

Wong told a crowd of reporters that he disagreed with the outcome of the trial.

“Everyone should be ensured and gain the right to participate in freedom of assembly,” he said. “It’s the human right of every citizen that lives in Hong Kong.”

For more on international human rights, watch this video:

Last month, Law and Wong were both cleared of obstruction charges relating to the same protests, which they argued were politically motivated. Law is due to stand in forthcoming elections to the Hong Kong legislature.

Judge June Cheung said that sentencing on the newer charges would be made on Aug. 15.