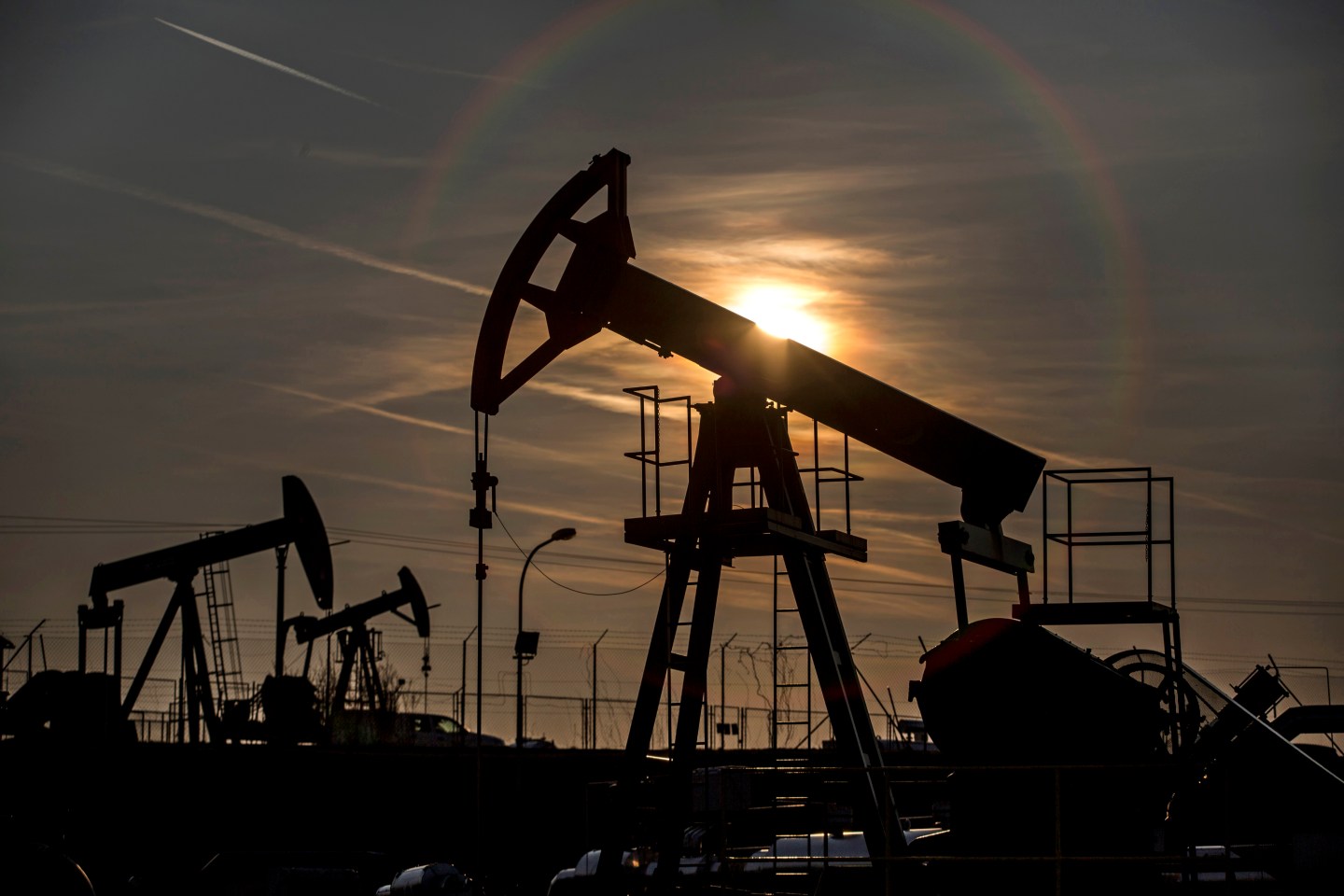 The sun sets beyond oil pumping units, also known as nodding donkeys or pump jacks, at an oil plant operated by MND AS in Uhrice, Czech Republic, on Monday, March 23, 2015. Oil rose as the dollar weakened for a third day, making commodities priced in the U.S. currency more attractive to investors. Photographer: Martin Divisek/Bloomberg via Getty Images
Martin Divisek/Bloomberg via Getty Images

Crude prices rose on Friday after losses of more than 3% a day earlier, with investors treading cautiously ahead of key U.S. employment data that will help gauge the health of the world’s largest economy and oil consumer.

Though rising in this session, Brent and WTI are on track for their biggest weekly losses since mid-January, hit by oil inventory builds and weak U.S. manufacturing data.

“The end of the U.S. driving season and the prospect of building inventories create downward risk for the oil price and may see further pressure on energy stocks today.”

Investors are looking ahead to non-farm payroll data later in the day for a sense of the direction of the U.S. economy, with a strong reading seen boosting the chance of a Federal Reserve interest rate hike soon.

A rate rise may strengthen the U.S. dollar, which could depress oil prices as it would make the greenback-denominated commodity more expensive for holders of other currencies.

There is also increasing skepticism among traders that the Organization of the Petroleum Exporting Countries (OPEC) and other producers such as Russia will agree to freeze production at a meeting in Algeria later this month.

However, lending credence to a freeze, Saudi Arabia, the world’s biggest crude exporter, has appeared to change its stance and is likely to support production stabilization at the gathering.

Further clouding the issue, Russian Energy Minister Alexander Novak on Friday played down the potential for talks on a possible output freeze.

“We do not expect an OPEC production freeze, much less a cut and as such a sustainable crude rally may need to wait for later in Q4 when inventories begin to draw,” Jefferies’ analysts led by Jason Gammel said in a note.

Additionally, more U.S. supply will return to the market as some producers in the eastern parts of the Gulf of Mexico are restarting operations with Hurricane Hermine is set to make landfall.

Manufacturing activity in parts of Asia, which accounts for most of the world’s oil demand growth, has also slowed.

“Most of Asia depends on exports, and without demand picking up in the west and on the mainland (of China), it’s hard to see a sustained rebound in trade,” HSBC economist Frederick Neumann said in a note.