Here’s What to Expect in Friday’s U.S. Jobs Report 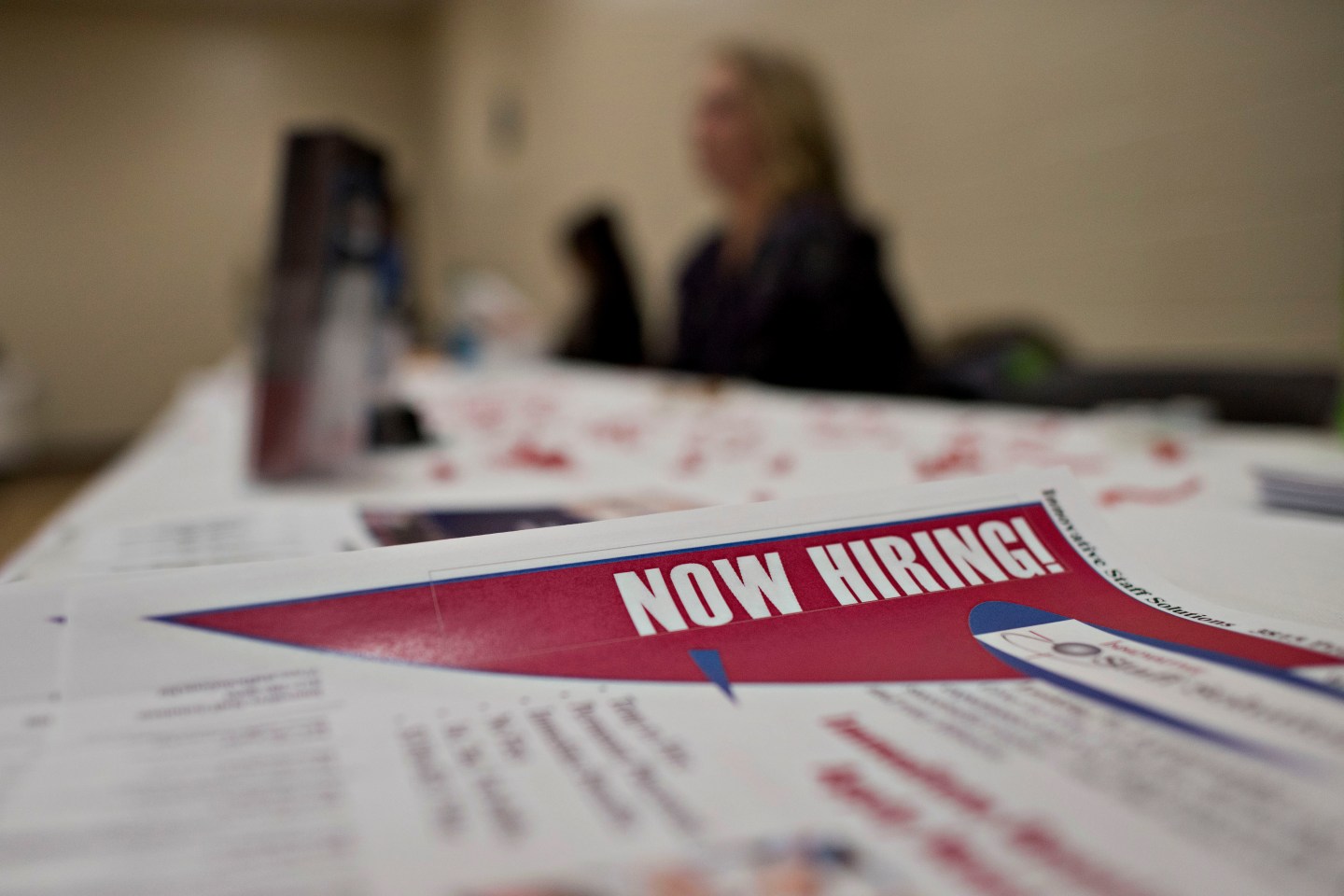 Nonfarm payrolls likely increased by 180,000 jobs last month, according to a Reuters survey of economists, around this year’s monthly average job growth. The unemployment rate is forecast falling one-tenth of a percentage point to 4.8%.

The Labor Department will release its closely watched employment report on Friday and readings in line with expectations would reinforce views that the economy has regained speed after almost stalling in the first half of the year.

“It would lead people to the conclusion that the economy is continuing to grow at a moderate pace and to expect a December rate hike from the Fed rather than September,” said David Donabedian, chief investment officer of Atlantic Trust Private Wealth Management in Washington.

See also: Here’s Why Friday’s Jobs Report Will Be Huge for the Markets

The report will come more than two weeks before the U.S. central bank’s Sept. 20-21 policy meeting. Rate hike probabilities for both the September and December meetings have risen after remarks last Friday by Fed Chair Janet Yellen that the case for raising rates had strengthened in recent months.

The Fed lifted its benchmark overnight interest rate at the end of last year for the first time in nearly a decade, but has held it steady since amid concerns over persistently low inflation.

The step-down in employment would come after the economy created a total of 547,000 jobs in June and July. With the labor market near full employment and the economy’s recovery from the 2007-09 recession showing signs of aging, a slowdown in job growth is normal.

Yellen has said the economy needs to create just under 100,000 jobs a month to keep up with population growth. There are, however, risks that August payrolls will undershoot expectations, given what some economists believe are challenges adjusting the data for shifts in school calendars.

Over the last several years, the government’s August payrolls estimates have been weak prior to upward revisions. In addition, the Institute for Supply Management said on Thursday factory employment declined in August for a second straight month.

The timing of the next rate hike could also be determined by wage growth. Average hourly earnings are expected to have increased 0.2% in August after a solid 0.3% rise in July. But a calendar quirk could mean a soft reading, which would pull down the year-on-year from 2.6% in July.

“The reference week for the payroll survey ended August 13. Since the 15th of the month falls after the survey period, increases in bi-monthly pay are less likely to have been captured, skewing the result lower,” said Michelle Girard, chief U.S. economist at RBS in Stamford, Connecticut. “We expect average hourly earnings to have been flat.”

The labor force participation rate, or the share of working-age Americans who are employed or at least looking for a job, will also be scrutinized for signs of when wage growth will accelerate. Despite some gains, the participation rate remains near multi-decade lows, in part reflecting demographic changes.

“We expect the labor market to reach full employment by early 2017 and to surpass it thereafter,” said Elad Pashtan, an economist at Goldman Sachs in New York.

A solid payrolls gain would add to July consumer spending, residential construction and durable goods orders in suggesting a pick up in economic growth after output rose 1.0 percent in the first half of the year.

The Atlanta Fed is forecasting gross domestic product rising at a 3.2% annual rate in the third quarter.

Government payrolls are forecast rising 2,000 in August, extending the streak of job gains in the public sector to four months.