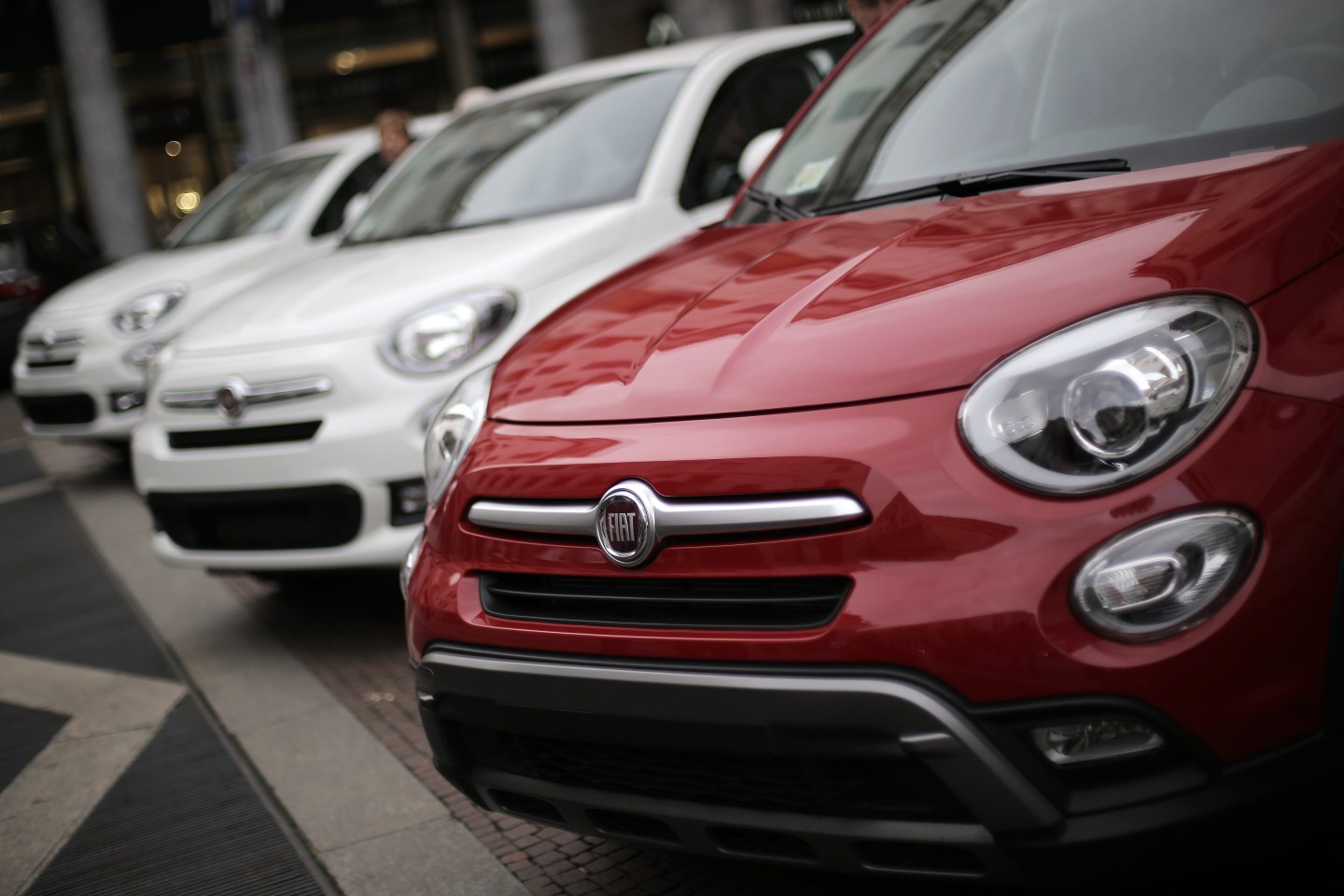 A Fiat 500X is pictured in piazza San Carlo on January 22, 2015 in Turin. Fiat-Chrysler said on January 22, 2015 it will add over 1,000 new jobs at its Melfi plant in southern Italy, boosting hopes for the revival of car manufacturers in Europe. The car-maker said the "extremely positive" results of its new Jeep Renegade and Fiat500X models meant new hires were expected over the next three months.
Photograph by Marco Bertorello—AFP/Getty Images

The direct approach to the EU executive comes after the German transport ministry raised concerns over Fiat vehicles with Italian authorities earlier this year and a subsequent rejection by Italian authorities of claims that Fiat and Chrysler vehicles used illegal exhaust manipulation devices.

This week’s letter to the European Commission, which was seen by Reuters, said that tests by German authorities on the Fiat 500X, Fiat Doblo, and Jeep Renegade could prove the “illegal use of a device to switch off exhaust treatment systems” and urged the Commission to consult with Italian authorities to resolve the issue.

A Fiat spokeswoman said on Thursday that the company’s cars conform to current emissions rules and do not contain defeat devices.

The Commission, meanwhile, said that it is the responsibility of the Italian authorities to remedy wrongdoings.

“It is first and foremost a dialog between the two member states concerned, with an obligation to keep the Commission informed and the possibility for the Commission to facilitate a solution if no agreement can be found,” the Commission said in a statement.

As part of a widening clampdown on health-threatening nitrogen oxide (NOx) pollution levels in the wake of the VW scandal, the KBA tested 53 different vehicles and found that carmakers were making liberal use of what they described as a “thermal window.”

This refers to the time when carmakers are allowed to throttle back exhaust emissions management systems to protect engines from potential damage from condensation when cars are started in very cold conditions.

During their investigations, the KBA found that a very wide range of temperatures was used by carmakers for thermal windows.