The First U.S.-Cuba Scheduled Flight in Decades Is Set to Depart Today 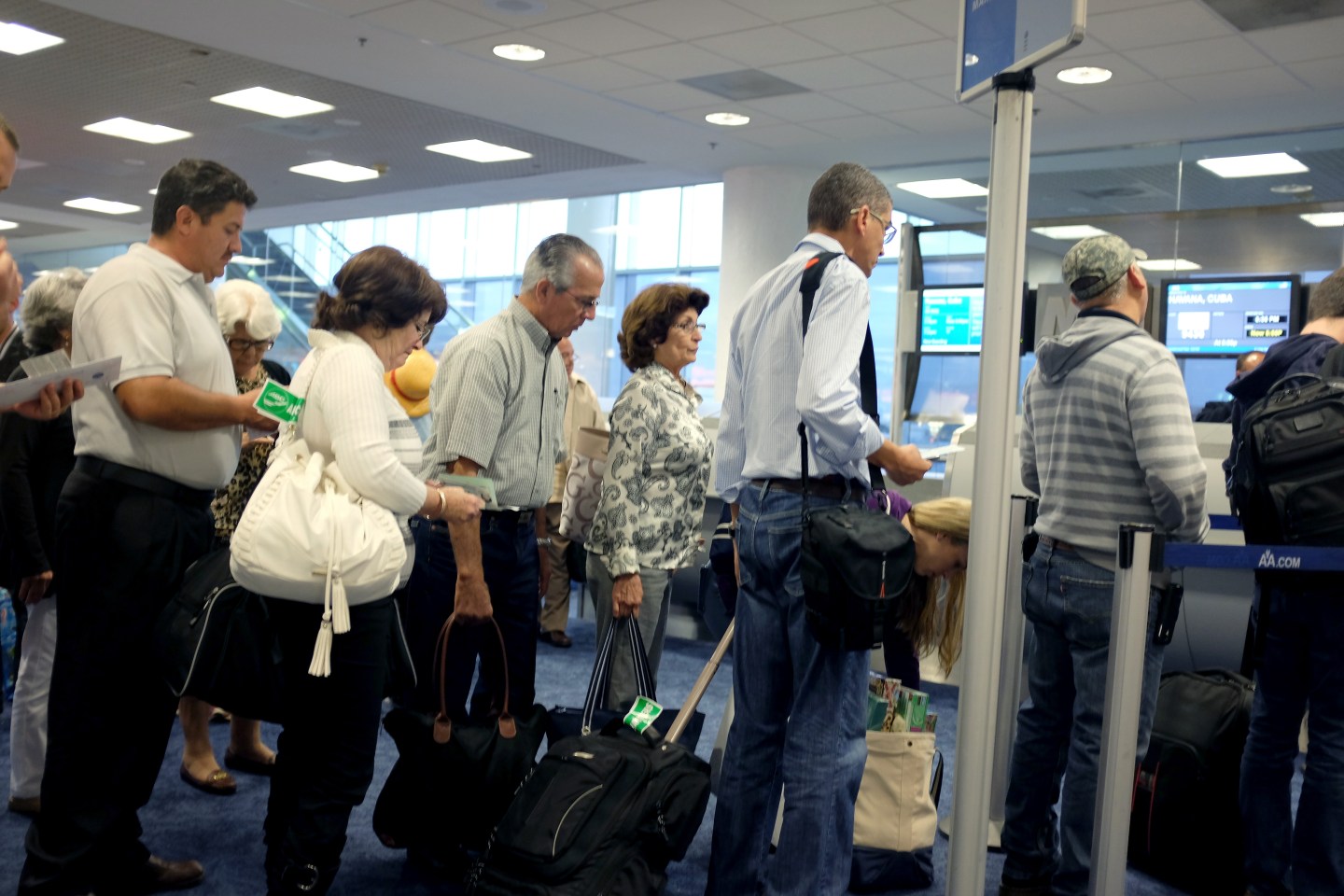 MIAMI, FLORIDA - February 22: Passengers wait to board a Havana, Cuba American Airlines flight at the Miami International Airport on February 22, 2015 in Miami, Florida. The United States and Cuban officials continue a dialogue in an effort to restore full diplomatic relations and move toward opening trade. (Photo by Joe Raedle/Getty Images)
Joe Raedle/Getty Images

The first regularly scheduled commercial flight between the United States and Cuba in more than half a century is set to depart on Wednesday, starting a new chapter in the Obama administration’s bid to open trade and travel with the former Cold War foe.

The first of several U.S. carriers to begin serving Cuba in the coming months, JetBlue Airways (JBLU) will fly from Fort Lauderdale, Florida, to Santa Clara, a city in the center of Cuba known for its monument to revolutionary Che Guevara.

Among the passengers on the 150-seat Airbus A320 will be U.S. Transportation Secretary Anthony Foxx, JetBlue Chief Executive Officer Robin Hayes, news reporters and photographers and other officials. Regular travelers, including some of Cuban descent, will occupy nearly half the seats on a route that may be a commercial challenge, at least initially.

Cuba and the United States began normalizing relations in December 2014 after 18 months of secret talks. The countries had been hostile for more than five decades, since Fidel Castro ousted U.S.-backed dictator Fulgencio Batista in a revolution that steered the island on a communist course and made it a close ally of the Soviet Union.

Since Obama has been unable to persuade the U.S. Congress to lift a longstanding trade embargo, U.S. citizens are still prohibited from visiting Cuba as tourists. The U.S. government has approved exceptions to the ban, ranging from cultural, religious and educational travel to business and visiting family.

Despite those limitations, U.S. airlines have rushed to start flights – adding a lot of capacity and setting themselves up to lose money on the trips in the short run, said industry consultant Robert Mann.

“Most carriers look at international markets that have been restricted and are just opening up as an investment,” Mann said. “You need to get your foot in the door.”

Services on regional carrier Silver Airways and American Airlines (AAL) from the Miami-Fort Lauderdale area to Cuba‘s outlying provinces are the next to start, in September. Three other carriers will follow.

Mann said the companies probably offered to fly to Cuban cities unknown to many American travelers, so that U.S. officials would look favorably on their applications to fly to Havana.

A memorandum of understanding between Cuba and the United States will limit Havana flights to 20 round trips per day. U.S. officials have yet to announce a final decision on which companies will get those coveted routes.