Cuba Offers Up Opportunities and Headaches for American Entrepreneurs 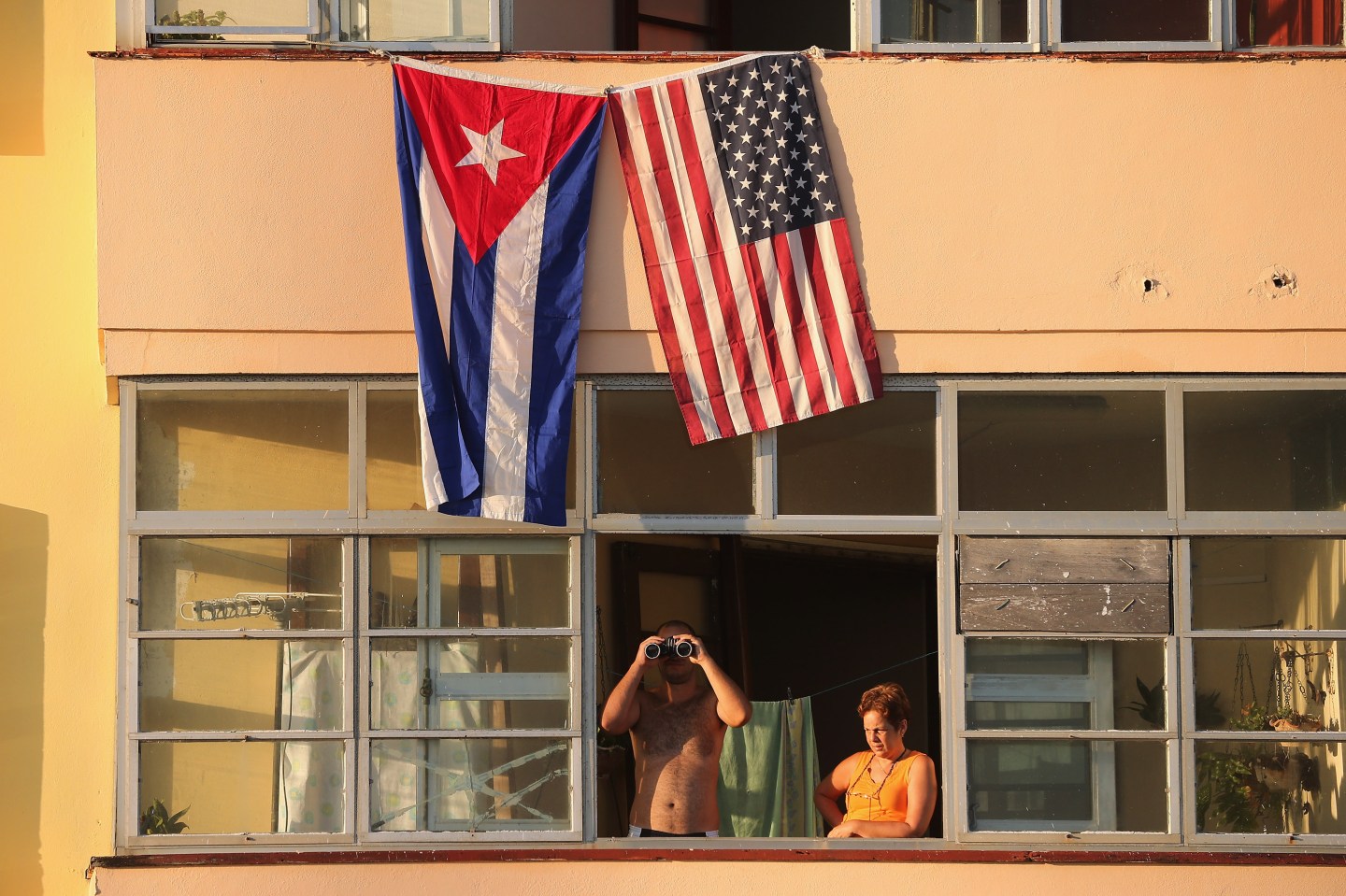 Zach Smith built his $15 million travel business by offering customized tours of exotic locations in Latin America. But in order to stay ahead of the competition, the 35-year old, Seattle-based entrepreneur knew he needed a new attraction. He stumbled upon an answer when President Obama announced the U.S. would reestablish diplomatic relations with Cuba in 2015: His company would offer trips to Havana.

Unfortunately, Smith had no idea how to locate prospective vendors, establish credit or obtain government permission to do business in the country. His credit card didn’t work in Havana — the island’s economy relied almost exclusively on cash. While a tourist might carry enough money to pay for a holiday weekend, no company could risk bringing in bricks of bills to cover ongoing expenses.

And so late last year, he flew to Havana for a three-day, $2,600 English-speaking tour of the city, designed for U.S. business men and women looking to do business in the country. “We went to an automobile factory, met with a Cuban attorney handling real estate transactions, visited the office that operates Cuba’s ports and got a briefing from the organization that handles all external investment,” he remembers.

Sonia Laguna, who was born in Cuba and raised in the U.S., started giving these tours last April. Most of the 30 U.S. executives and entrepreneurs she has taken so far are interested in real estate, the hospitality industry, pleasure boat charters, bilateral trade and establishing small factories in the “free zone,” i.e. the 180-square-mile special economic area outside Havana near the Port of Mariel, where foreigners who get Communist Party approval can establish a business and own 100% equity. “I take them to government offices responsible for foreign investment and introduce them to Havana’s cuentapropistas — small private entrepreneurs the government allows to operate taxis, shops, restaurants and garages,” Laguna says.

Related: How This Entrepreneur Built a $16,000-an-Hour Private Jet Business

Normally when a nation welcomes Western investment, multinational corporations are first through the door. This hasn’t happened in Cuba because of the U.S. embargo against Cuba, first imposed in the 1960s and strengthened in the 1990s.

While the embargo is still in effect, President Obama has indicated he wants to hasten Cuba’s transformation to a market economy and continues to use his executive authority to exempt certain businesses from the congressional embargo. Washington believes Americans investing in agriculture, construction, trade and tourism are more likely to work directly with individual Cubans rather than state enterprises, so these sectors have been opened to U.S. investment.

Tourism is already booming. More than 94,000 U.S. tourists visited the country in the first four months of 2016, nearly double the number from the same period the previous year. A few large companies have already established tentative beachheads in Cuba: Airbnb has 4,000 rental properties in Cuba, the company’s fastest growing market, a Sheraton Hotel opened in June and a Starwood-managed hotel will open in August. Meanwhile, eight U.S. airlines have been approved to fly to Cuba, and Carnival Cruise Lines is selling tickets for excursions that will dock briefly in the country later this year.

Most new trade in the immediate future, however, is expected to be conducted by small and medium-sized enterprises like Smith’s travel company, which have more in common with Cuba’s cuentapropistas. After his tour’s conclusion, Smith stayed in the country for three extra days, retained an attorney and found a photographer to take publicity shots for his website. Since then he’s returned to Havana twice and commissioned several employees to prepare for the eventual arrival of inbound travelers. (Native-born Americans are free to travel to Cuba if they are part of an established tour that provides a visa and round trip ticket, while naturalized Cuban Americans must get a special visa or, in some cases, a Cuban passport to use in place of their American one.)

“Cuba’s infrastructure is underwhelming, but Havana has a good feeling,” Smith says. While the Communist Party “remains firmly in control,” Havana welcomes capitalist investment, expertise, machinery and management as long as Western influence stays within the economic sector.

“I was very encouraged by what I saw on my two trips to Cuba this year,” says Maria Contreras-Sweet, the administrator of the Small Business Administration. She views home repair and construction as two of the biggest untapped markets. “A lot of preservation is taking place by Cubans committed to the restoration of historic Havana,” she says. “A lot of people I met wanted to restore their homes but they need hardware.”

Reza Haghayegh, president of the LHP Group, a Miami construction and building supply company, made the same observation when he visited Havana in March on one of Laguna’s tours. “I think there’s a niche market for large stepping stones that can be used on patios and driveways,” he says. “Everything can be made there; I just need to bring in molds, machinery and vibrators.”

Attracted to Havana by its lifestyle, cuisine and proximity to Miami, Haghayegh has filed the necessary paperwork to start a joint venture. “I’m going for a second visit next month and hopefully the door will be open by the time the approvals are granted.”

Chicago resident Kimberly Wallace traveled to Cuba earlier this year to do background research for a novel. But after several days roaming Havana, Wallace, who has experience in grocery retailing and food packaging, realized that Cuba lacks a wholesale food industry. “I’d go to paladares and some of the items on the menu wouldn’t be available because the restaurant had run out,” she says. “I asked how they replaced products like butter and olive oil and was told they flew to Mexico and went shopping at Sam’s Club. It’s amazing that somebody has to leave the country in order for food to come in.”

In July, Zona+, a quasi Costco opened in Havana, but Wallace thinks it falls short of being a true food distributor. She plans to fly to Havana in September to seek approvals for her own wholesale distribution company that will bring U.S. foodstuffs to Cuba in bulk and return to the U.S. with sugar, avocados and a Cuban fruit called mamey.

The Obama administration is not letting the embargo stand in the way of increased bilateral trade. Recently, it loosened rules on financial services so that U.S. banks could extend credit to companies doing business in Cuba although thus far only one financial institution, Stonegate Bank in Pompano Beach, FL, has issued a credit card good for transactions in Cuba.

Maria Contreras-Sweet urges entrepreneurs to look at the Small Business Administration’s loan products. Options include working capital loans of up to $5 million to fund export transactions and an International Trade Loan Program, which helps small American businesses trying to enter the international market by guaranteeing up to 90% of a loan used for working capital financing and debt refinancing.

“Being mindful of the current limitations on trade doesn’t preclude an honest and direct conversation now on what is possible in the future,” she says. In other words, the situation in Cuba is still uncertain, but there are already a lot of opportunities for U.S. entrepreneurs.