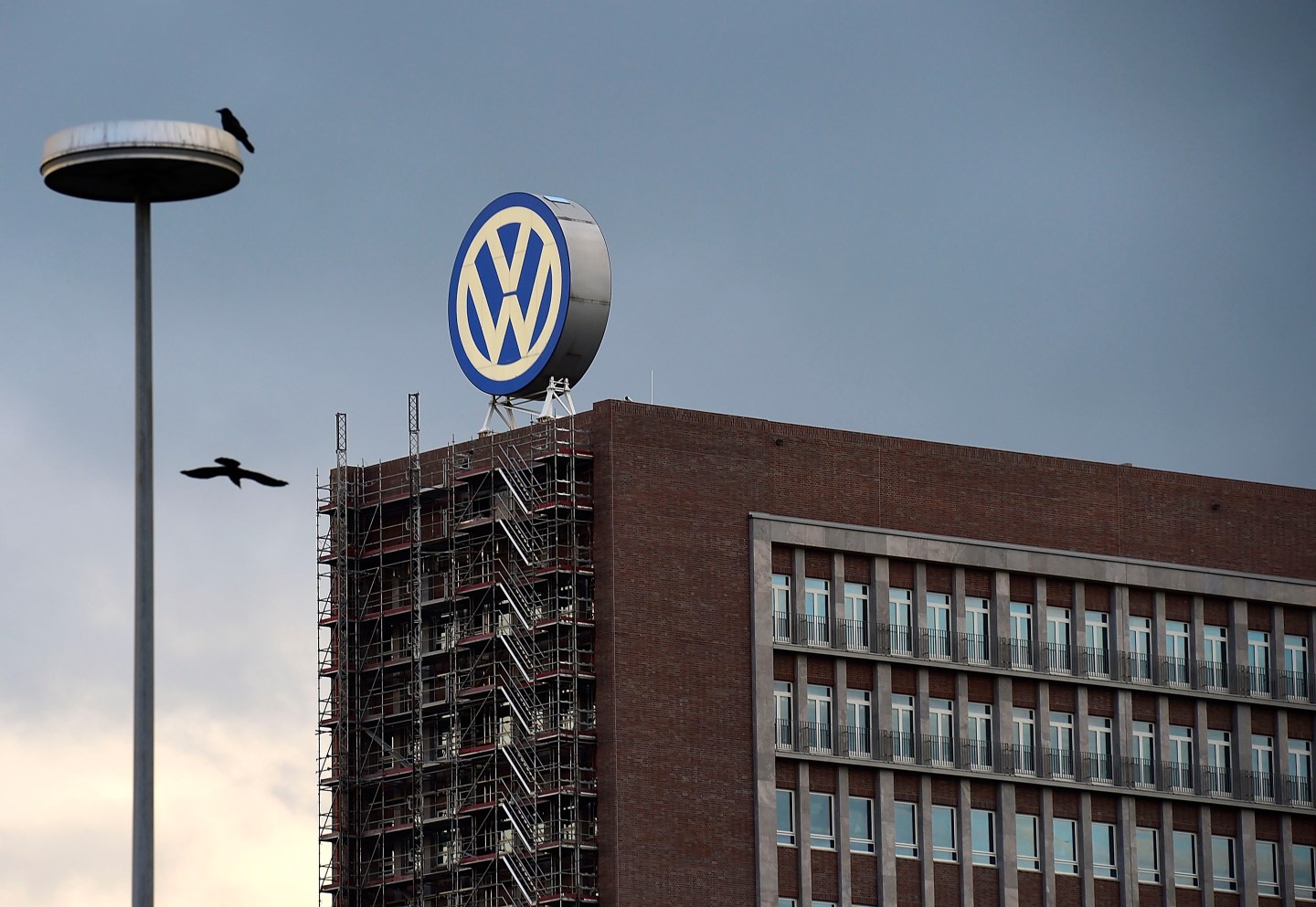 Volkswagen and two of its parts suppliers on Tuesday resolved a contract dispute that had hit output at more than half of the carmaker's German plants and threatened to undermine its recovery from a diesel emissions scandal.
Photograph by Alexander Koerner — Getty Images

Volkswagen is reviewing its supplier and procurement strategy to avoid another crippling dispute like the one that caused production slowdowns and even stoppages at six plants this month, chief executive Matthias Mueller said.

VW suppliers Car Trim and ES Automobilguss, both part of Prevent Group, triggered the disruptions by halting deliveries of seat covers and cast iron parts for gearboxes, exposing how dependent VW (VLKAY) has become on some of its suppliers.

“We will of course look into questions such as multi-sourcing, single-sourcing. And we will look at our procurement contracts and try to optimize matters with all suppliers,” Mueller told the Hamburg Business Journalists’ Club in remarks embargoed for Tuesday.

“One could discuss at length who is to blame for the fact that this situation went belly up, but I will not discuss it any further,” Mueller said, referring to the dispute with Prevent Group.

Tensions between carmakers and suppliers are on the rise as both struggle to defend profits amid slower growth in China and rising investment costs to meet stricter emissions rules.

The need to invest in technology for electric vehicles, smartphone compatibility, and autonomous driving features has forced a wave of consolidation among auto suppliers, narrowing the choice of available partners for carmakers such as BMW, Daimler, and Renault.

Deals in the past three years include the $12.4 billion acquisition of TRW by Germany’s ZF; Magna’s purchase of Getrag for $1.9 billion; and Continental AG’s 1.5-billion-euro deal for Veyance Technologies. Fiat Chrysler is said to be exploring a sale of its auto parts unit Magneti Marelli.

VW and two of its parts suppliers last week resolved a contract dispute that had hit output at more than half of the carmaker’s German plants and threatened to undermine its recovery from a diesel emissions scandal.

A similar escalation of disputes with other suppliers is less likely since VW’s partners tend to be members of VDA, Germany’s Auto Industry Association, and follow an agreed code of conduct for resolving disagreements.

Prevent Group, was not a member of the VDA, Mueller said.