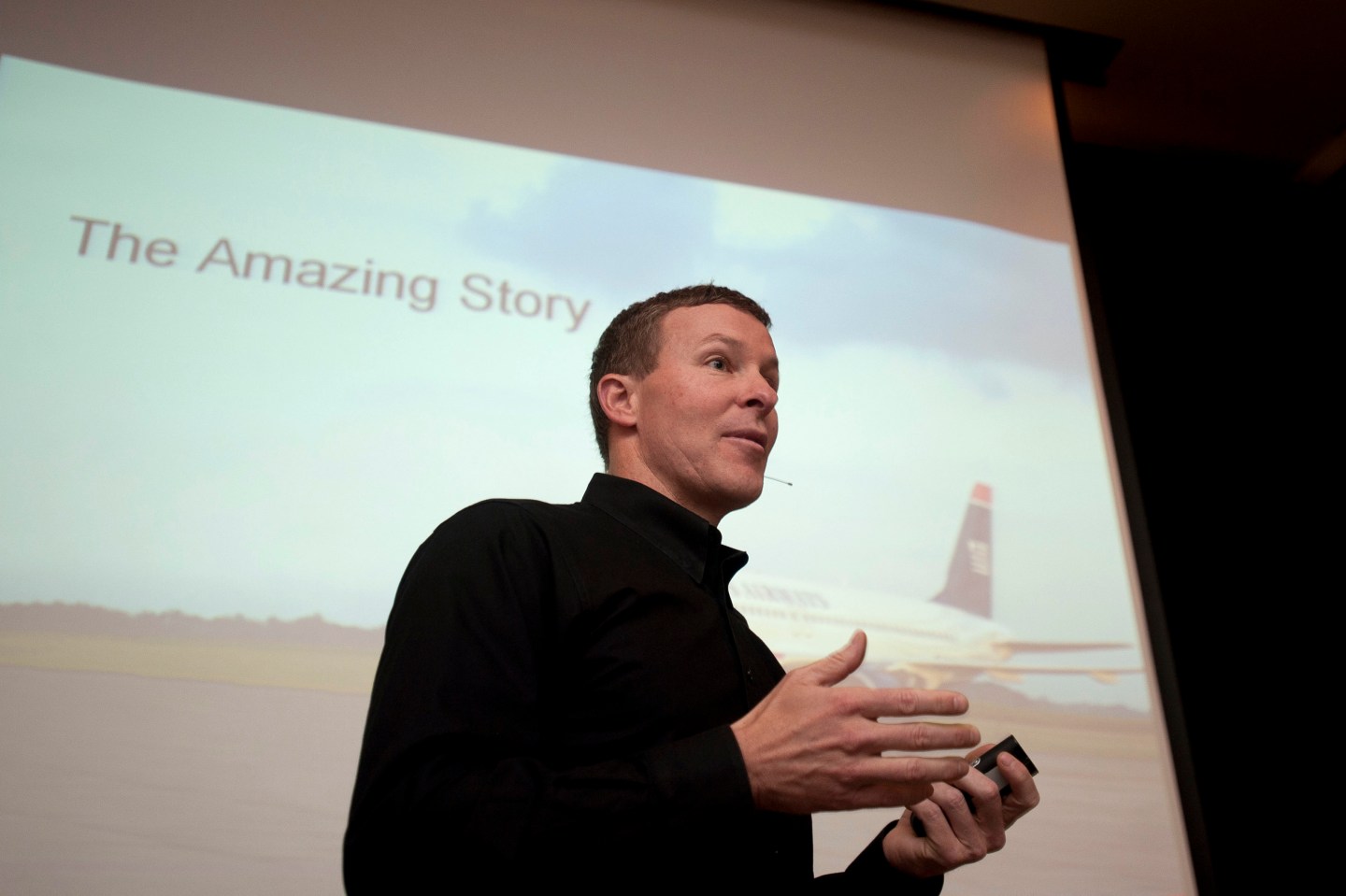 Scott Kirby, president of US Airways Group Inc., speaks during an event at the company's headquarters in Tempe, Arizona, U.S., on Wednesday, April 6, 2011. US Airways Group Inc. Doug Parker said he sees "one big deal left" in the U.S. airline industry, with the carrier a possible target for one of its three biggest competitors. Photographer: Laura Segall/Bloomberg via Getty Images
Laura Segall — Bloomberg via Getty Images

United Continental Holdings (UAL) has hired the No. 2 executive at rival American Airlines Group (AAL), Scott Kirby, to be its president, the companies said on Monday.

The move, effective immediately, is the latest attempt by United’s reshuffled board and new Chief Executive Officer Oscar Munoz to shape a new strategy and boost the airline‘s stock price. United has lagged other U.S. carriers in on-time arrivals and profit margins, though its results have recently improved.

In a letter to employees, Munoz called Kirby’s hiring the “culmination” of his forming a new leadership team.

“This move will allow me to sharpen my own focus as CEO on the core mission of driving United’s overall strategy, business innovation and financial performance,” he said.

“United has lacked intellectual rigor,” said consultant Robert Mann. “Scott going over there will absolutely shake up the place.”

Earlier this month, United appointed a new chief financial officer and new chief commercial officer, each with airline industry expertise. The company came under pressure from activist investors in the spring to name airline veterans to its board who could guide Munoz, a former railroad executive who took the helm of United in September 2015.

At American, Chief Operating Officer Robert Isom will replace Kirby as president, the airline said in a news release.

The management change stemmed from succession planning and the conclusion that “it would not be able to retain its existing executive team in their current roles,” after “conversations regarding career expectations,” the airline said.

A filing by American showed the airline agreed to pay Kirby a cash severance of $3.85 million and to accelerate the vesting of his stock.

The timeline that led to Kirby’s move was not immediately clear.

A United spokeswoman said the appointment followed several conversations between Kirby and Munoz, 57.

Industry watchers said a chance to become CEO of United may have attracted Kirby, 49, to the role. At American, board director John Cahill said in a statement on Monday he looked forward to the “leadership for many years to come” of CEO Doug Parker, 54.