Listeria Sparks Recall of Pre-Cut Vegetables at Walmart and Publix 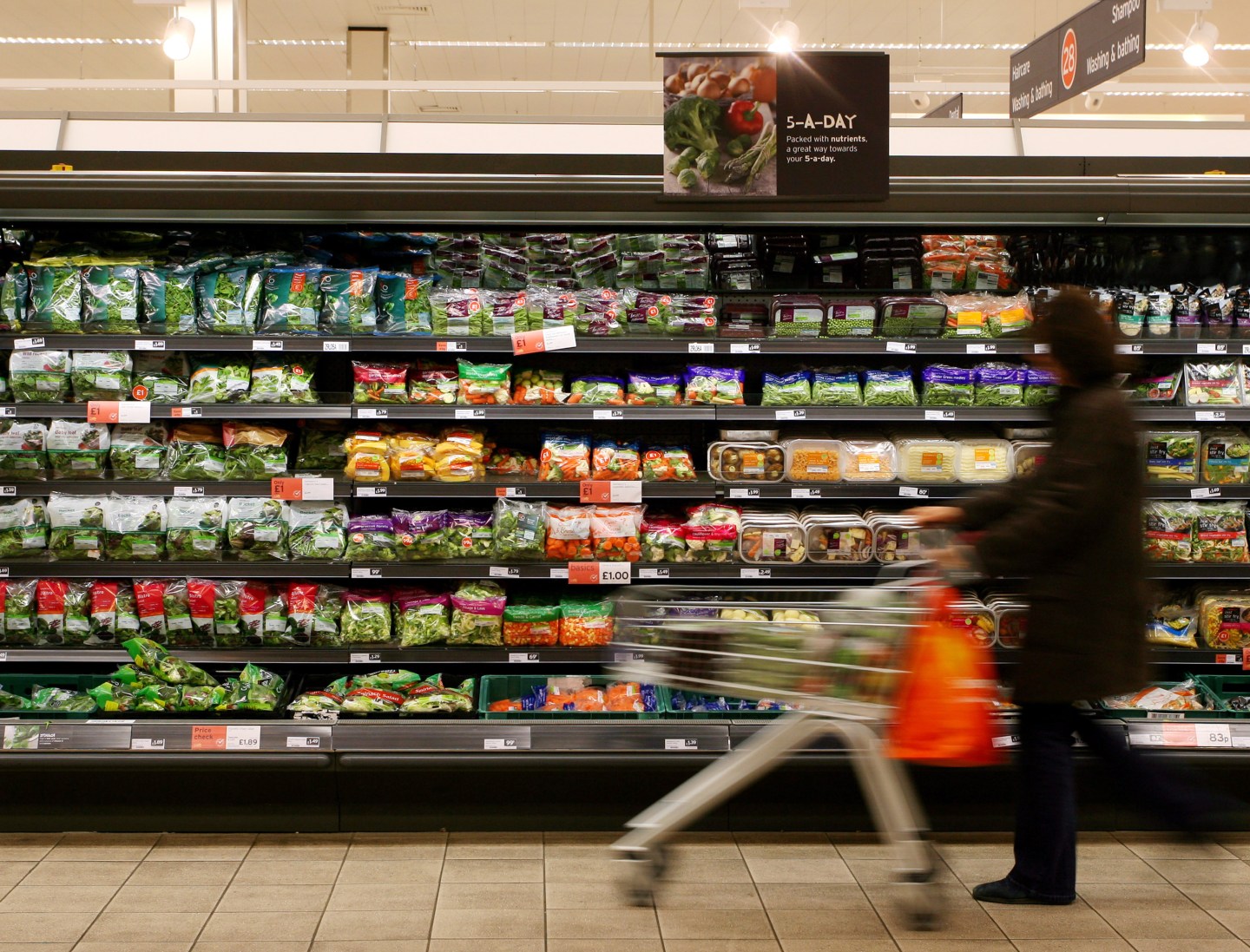 UNITED KINGDOM - FEBRUARY 29: A customer walks past the pre-packed salads and vegetables on display at Sainsbury's supermarket, in London Colney, U.K., on Friday, Feb. 29, 2008. U.K. inflation probably reached the highest level in almost a year in March as food prices rose, adding to the Bank of England's dilemma as it weighs the need for interest-rate cuts to avert a recession. (Photo by Chris Ratcliffe/Bloomberg via Getty Images)
Photo by Chris Ratcliffe—Bloomberg via Getty Images

Another Listeria recall is underway, this time in connection to pre-cut vegetables distributed by Texas company Country Fresh LLC.

Listeria was discovered during a routine sample test at a retailer by the Georgia Department of Agriculture. A recall notice has since been posted to the Food and Drug Administration’s website stating that Country Fresh had distributed 45 varieties of fresh-cut vegetables that may be contaminated with the bacteria. That adds up to about 30,000 cases of affected product delivered to nine states and eight retailers, including Walmart, Publix, and Winn Dixie stores.

The vegetables had been packaged either in clear plastic containers or Styrofoam trays wrapped with plastic wrap. They’re stamped with best by dates ranging from August 7 to August 19. Considering the recall notice was published on August 26, it’s likely that anyone who purchased an affected product has either already consumed it or thrown it away, though consumes can return them to the store for a full refund.

“We are treating this incident very seriously because we want to ensure that our customers are provided with only the safest, most wholesome, and high-quality products available,” Country Fresh director of food safety Max Payen said in the recall notice. The company has ceased distribution of products that may be contaminated with listeria and investigations of ongoing. It said that no illnesses related to the recall have been confirmed at this time.

A full list of affected products and the retailers and states in which they were sold can be found on the FDA’s website.

Country Fresh LLC could not immediately be reached for comment.