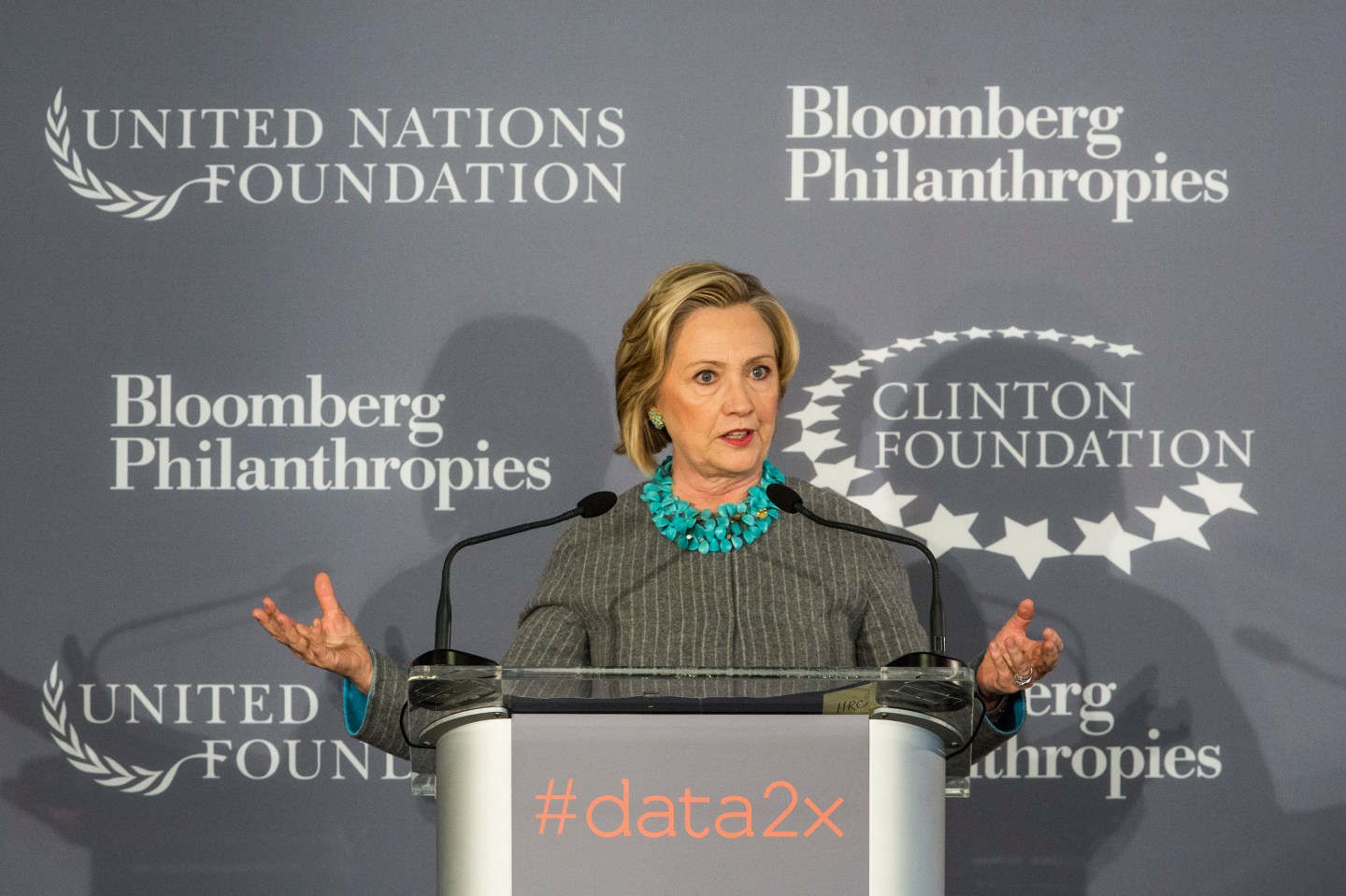 Of all the people outside of government who officially met with Hillary Clinton during her tenure as Secretary of State, more than half have donated to the Clinton Foundation, according to a new Associated Press report.

Contributions adding up to more than $150 million were made either from the individuals personally or through companies or groups, the news agency reported:

At least 85 of 154 people from private interests who met or had phone conversations scheduled with Clinton while she led the State Department donated to her family charity or pledged commitments to its international programs, according to a review of State Department calendars released so far to The Associated Press.

Donors who were granted time with Clinton included an internationally known economist who asked for her help as the Bangladesh government pressured him to resign from a nonprofit bank he ran; a Wall Street executive who sought Clinton’s help with a visa problem; and Estee Lauder executives who were listed as meeting with Clinton while her department worked with the firm’s corporate charity to counter gender-based violence in South Africa.

The AP did not include foreign government representatives in its analysis “because such meetings would presumably have been part of her diplomatic duties,” it said.

But looking at that subgroup, a review also showed that “Clinton met with representatives of at least 16 foreign governments that donated as much as $170 million to the Clinton charity,” the news organization wrote.

While Clinton does not appear to have broken the law, “it’s an extraordinary proportion indicating her possible ethics challenges if elected president,” noted the report.

Clinton’s press secretary Brian Fallon responded vigorously to the claims, saying in a statement that “the data does not account for more than half of her tenure as secretary.” The AP did not deny that the meetings “examined covered only the first half of Clinton’s tenure as secretary of state.”

“This story relies on utterly flawed data,” said Fallon. “Just taking the subset of meetings arbitrarily selected by the AP, it is outrageous to misrepresent Secretary Clinton’s basis for meeting with these individuals.”

Hillary Clinton’s family philanthropy has been a frequent source of attacks by the Democratic nominee’s Republican rivals. On Tuesday night, presidential candidate Donald Trump doubled down on his criticisms, telling a rally in Austin, Texas: “It is impossible to figure out where the Clinton Foundation ends and the State Department begins.”

“It is now abundantly clear that the Clintons set up a business to profit from public office,” Trump said.

Hillary Clinton strongly stated that there was "absolutely no connection" between her private work and that of The State Department. LIE!

It was not clear whether Trump was commenting on this particular investigation or on the latest batch of emails released Monday, which raised questions about whether Clinton’s advisor Huma Abedin had provided foundation donors with special access to the secretary of state. Trump that same day called for a “special prosecutor” to investigate Clinton’s emails.

“It’s time for Hillary Clinton to come clean and level with the American people about the State Department and foreign donors to the Clinton Foundation,” he said.