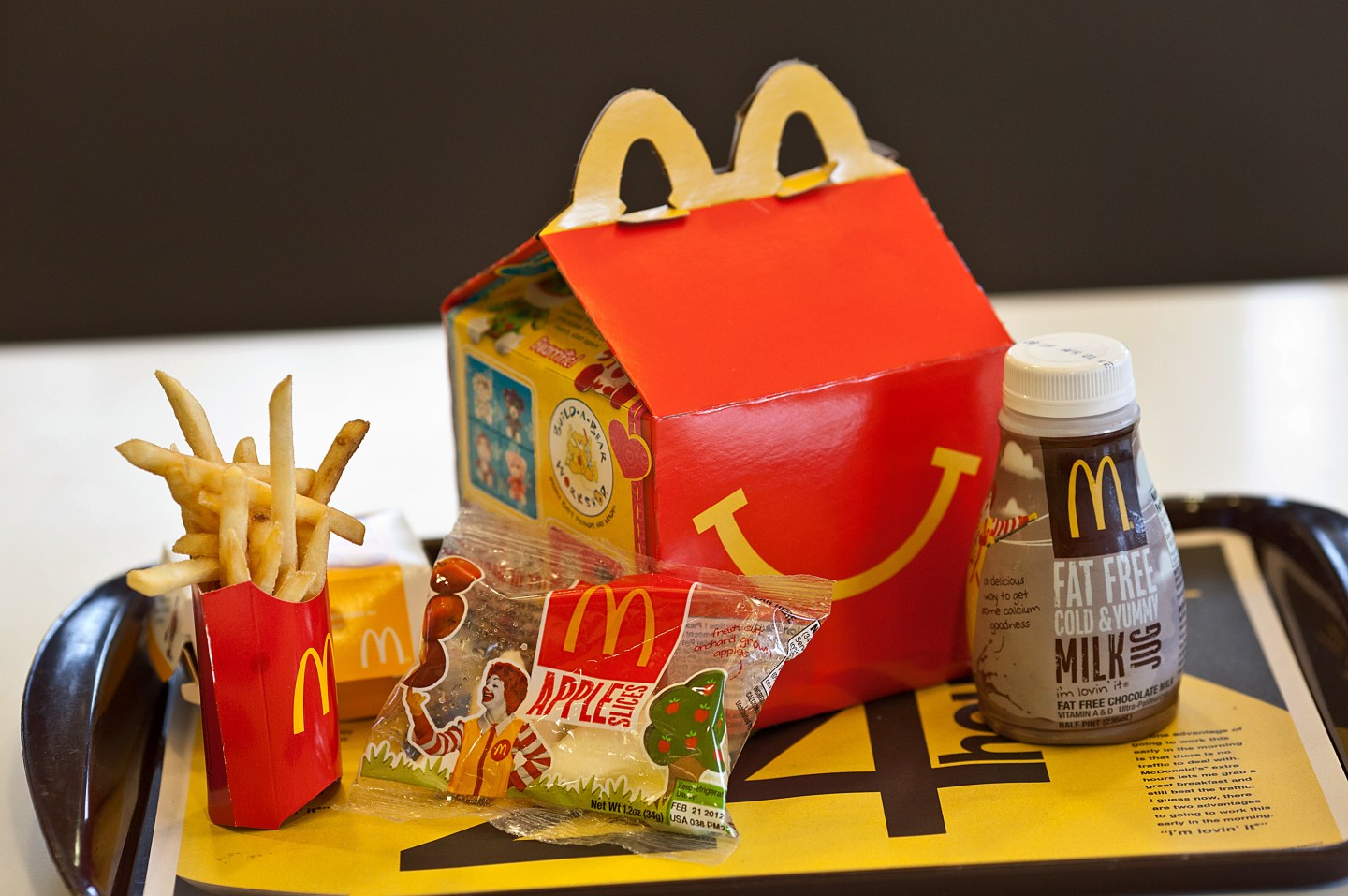 McDonald’s has enacted a formal recall of activity tracking bands it began to offer in Happy Meals earlier this month, after the fast-food giant says it received more than 70 reports of burns and skin irritations from people who wore the wristbands.

The restaurant chain says it is working with the U.S. Consumer Products Safety Commission (CPSC) and Health Canada on a voluntary recall for the “STEP-iT Activity Bands” that were distributed in Happy Meals and Mighty Kids meals, following reports that the bands were resulting in various skin irritations. As Fortune previously noted, those reports led McDonald’s (MCD) to quickly pull the gadgets from their kiddie meals earlier this month after complaints began to circulate on social media. But McDonald’s is enacting a formal recall to remove the devices that were already circulating in the market from the nine days in which they were offered in kiddie meals.

“Nothing is more important to us than the safety and well-being of our customers which is why upon learning about concerns with these bands we acted swiftly to stop distribution of these products,” said Terri Hickey, a spokesperson for McDonald’s, in a prepared statement.

According to McDonald’s, about 33 million Chinese-made wristbands had been manufactured for the North American market, though due to restaurant’s decision to stop distributing to customers on August 17, many of the gadgets weren’t distributed to customers. The CPSC says about 29 million units were intended for the U.S., with about 3.6 million planned for Canada.

The wristbands—which were intended to track child’s steps and other movements, much like popular adult fitness trackers like the Fitbit—came in a variety of translucent colors and featured a digital screen. The CPSC says that the gadgets were distributed by McDonald’s from August 9 through August 17. The government agency advises customers to remove the recalled wristbands and return them to a local McDonald’s for a replacement toy or snack.

The recall is a blow to McDonald’s move to generate positive PR for providing trackers as a way to encourage kids to be more active. To the chain’s credit, it moved quickly to contain the problem when it realized the technology was faulty.