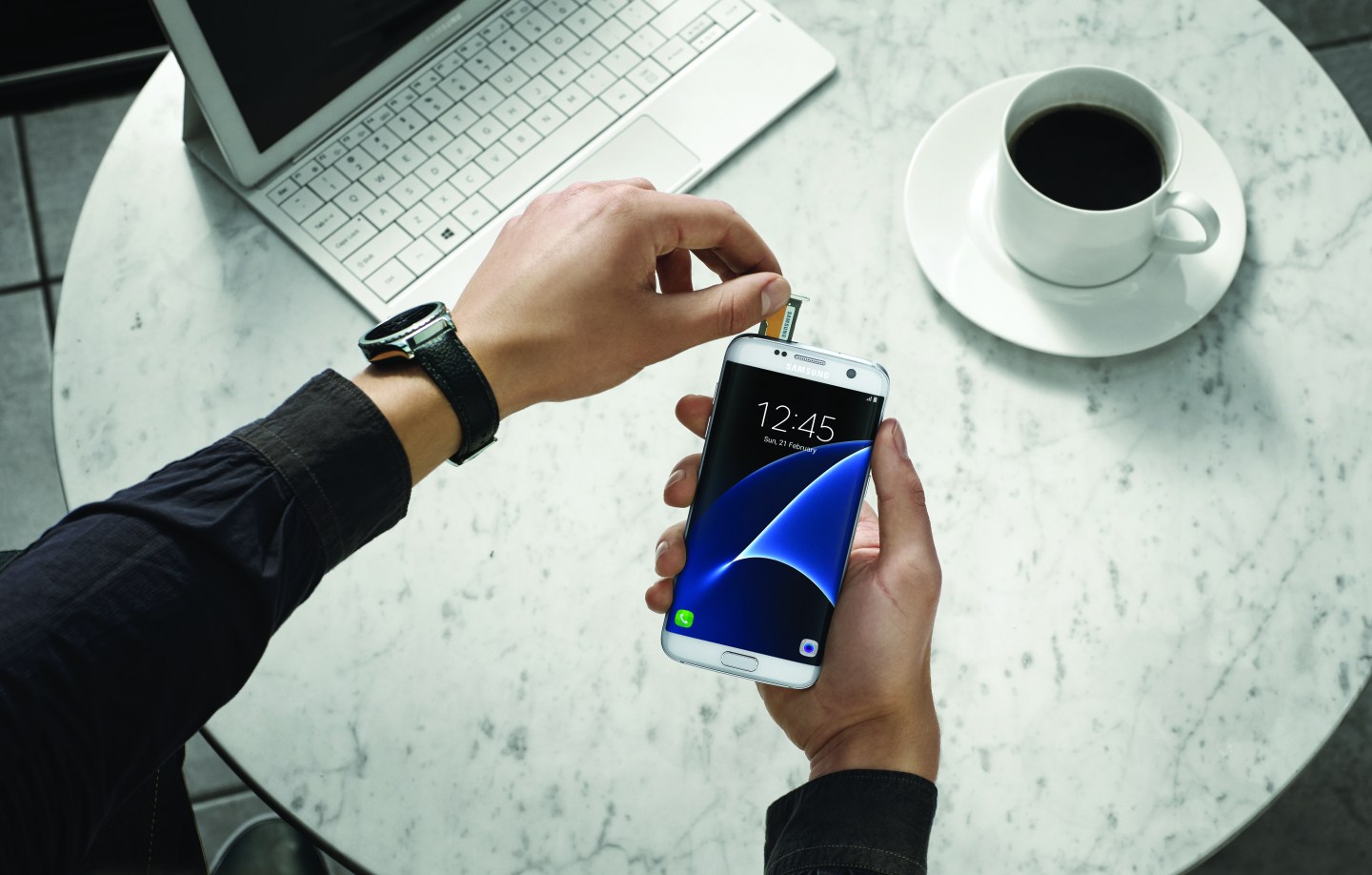 Apple’s next iPhone could come with a major design change.

Apple is expected to sell three new iPhones next year, including one with an edge display that curves at either end, Nikkei is reporting, citing a person who claims to have knowledge of the company’s plans. Two of the handsets will come with Apple’s standard screen design, which features a bezel on the left and right. The third model, which will have a 5.5-inch-or-larger screen, will feature the curves.

If that sounds familiar, that’s because Samsung already sells smartphones sporting curved displays. This year so far, Samsung has launched two such devices: the Galaxy S7 Edge and the Galaxy Note 7, which hit store shelves last week. The curved screens provide additional functionality for users, including the ability to access notifications and apps.

However, in order to deliver such devices, a company must offer the right kind of panel. In Samsung’s case, the company offers an organic light-emitting diode (OLED) panel because it delivers both enhanced color accuracy compared to older LCD technology, as well as flexibility that allows screens to curve without cracking.

According to the Nikkei source, Apple (AAPL) will similarly use OLED for next year’s edged-out iPhone, though its other models, which will feature 4.7- and 5.5-inch screens, will come with low-temperature poly-silicon (LTPS) panels, which don’t allow for flexibility.

While it’s unknown exactly what Apple has planned, a mounting number of rumors suggests Apple is working on a major upgrade to the iPhone next year. Over the last several months, in fact, a slew of rumors have suggested that next year’s iPhone could come with an all-glass enclosure instead of its current metal body design and an OLED display. There has also been talk before of Apple planning to offer a curved iPhone screen to compete with its chief rival in the marketplace: Samsung.

Earlier reports suggested that Apple was hoping to get curved screens into iPhones sooner than 2017, but couldn’t due to supplier inability to meet anticipated demand. As of this writing, Samsung Display, a Samsung subsidiary, is one of only a few companies that can build flexible and reliable OLED panels.

All of this suggests that the iPhone that Apple plans to launch next month, believed to be known as the iPhone 7, might not present a major upgrade. Several reports and leaked images suggest that Apple is planning only a minor upgrade this year that could offer a slight redesign with dual speakers and a Touch ID button that’s baked directly into the handset’s glass. The iPhone 7 might, however, ditch the headphone jack—a first for any iPhone.

For its part, Apple hasn’t said what its plans are for the future and did not respond to a request for comment. The company is expected to hold a special press event in early September and ship its iPhone 7 later in the month.