ChemChina’s Acquisition of Syngenta Is Reportedly in the Final Stages of U.S. Clearance 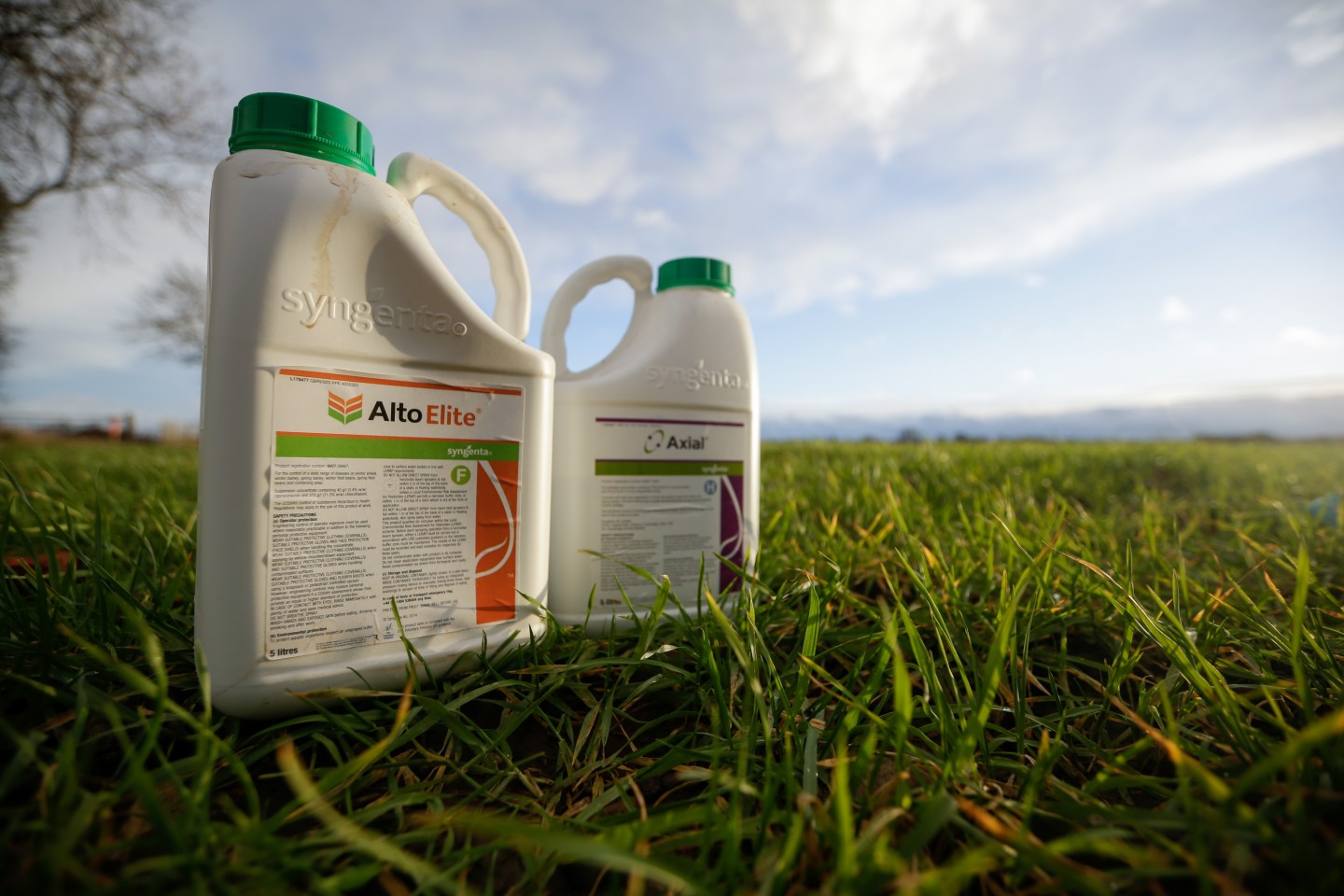 ChemChina’s (CHEMCHINA) $43 billion acquisition of Syngenta AG (SYT) is in the final stages of being cleared by the Committee on Foreign Investment in the United States (CFIUS), which scrutinizes deals for national security implications, people familiar with the matter said.

A positive end to the CFIUS review would remove significant uncertainty over whether the acquisition of the world’s largest pesticides maker will be completed. Syngenta shares ended trading on Friday at 380.80 Swiss Francs ($396), some 100 Swiss Francs less than what ChemChina’s offer valued the company.

See also: Pfizer ‘In Advanced Talks’ to Acquire Medivation for About $14 Billion

Syngenta and ChemChina expect that CFIUS will clear their deal, and are hoping to announce a positive outcome as early as this week, the sources said on Sunday, cautioning that the outcome was not yet certain.

It could not be learned whether the two companies had agreed to any concessions in their negotiations with CFIUS for their deal to be approved.

The sources asked not to be identified because there has not yet been any official announcement on the CFIUS review. CFIUS, Syngenta and ChemChina did not immediately respond to requests for comment.

Syngenta said earlier this year it would make a voluntary filing with CFIUS “even though no obvious national security concerns were identified during due diligence.”

Unveiled in February, the deal is the largest foreign acquisition ever by a Chinese company. It comes as China looks to secure food supplies for its population.

Syngenta, which is headquartered in North Carolina and generates nearly a quarter of its revenue from North America, is a key player in the market for pesticides and seeds. It has other facilities in North Carolina, as well a presence in California, Delaware, Iowa and Minnesota, among other states.

The CFIUS review is also being watched closely by Monsanto Co, the world’s largest seed company, which is currently deliberating whether it should sell itself to Germany’s Bayer AG . Syngenta last year turned down offers to be acquired by Monsanto.

With a growing number of Chinese companies looking to acquire U.S. peers, CFIUS has emerged as a significant risk for such deals, particularly those with potential cyber security implications.

For example, in February, state-backed Chinese firm Unisplendor Corp scrapped a $3.78 billion investment in Western Digital Corp after CFIUS said it would investigate the transaction.