China Wants to Make Its Biggest Foreign Takeover Ever 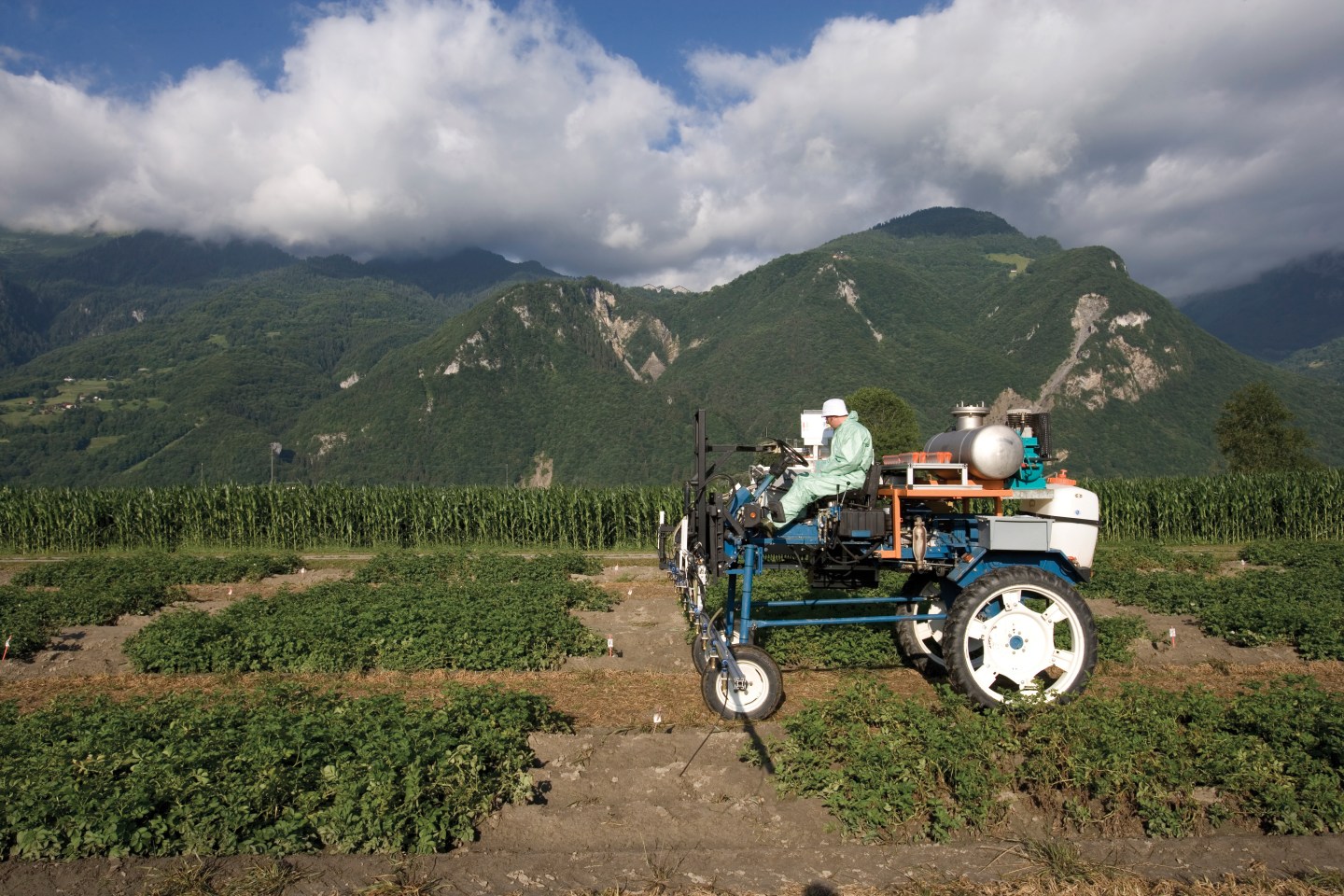 China made its boldest overseas takeover move yet when state-owned ChemChina made a $43 billion bid for Swiss seeds and pesticides group Syngenta (SYT) on Wednesday.

The largest ever foreign purchase by a Chinese firm, announced by both companies, will accelerate a shake-up in global agrochemicals and marks a setback for U.S. firm Monsanto (MON), which failed to buy Syngenta last year.

China is looking for ways to secure security of food supply for its population and the Syngenta deal will give it access to technology and expertise as well as global market share and Western distribution networks.

“Only around 10% of Chinese farmland is efficient. This is more than just a company buying another. This is a government attempting to address a real problem,” a source close to the deal told Reuters.

With growth slowing at home, Chinese companies are looking abroad for deals that can boost their businesses. If completed, the Syngenta acquisition would be more than double CNOOC’s $17.7 billion purchase of Canadian energy company Nexen in 2012.

Syngenta shares rose on news of the deal, but at around 412 Swiss francs, were some way below the agreed offer price of $465 per share, equivalent to 480 francs, reflecting market concerns that the deal could yet stumble over regulatory hurdles.

However, Syngenta CEO John Ramsay , who described the deal as “very appropriate and attractive,” said he saw no major barriers and noted that ChemChina had secure financing in place.

A source with knowledge of the deal said the funding would come from a range of Chinese players, as well as HSBC and China CITIC Bank International.

“I think the overall regulatory approvals will not be very challenging,” Ramsay told Reuters, adding he expected antitrust regulators to acknowledge the limited overlap.

The Committee on Foreign Investment in the United States (CFIUS), whose mandate is U.S. national security, would not pose a major hurdle, Ramsay said.

Syngenta’s board would still have to consider any rival offers, Ramsay said. But ChemChina, short for China National Chemical Corp., has agreed to pay about $3 billion in fees should it fail to meet all requirements for the deal, while Syngenta will owe ChemChina about $1.5 billion if the deal falls through for any reasons the Swiss group is accountable for.

“The discussions between our two companies have been friendly, constructive and cooperative, and we are delighted that this collaboration has led to the agreement,” ChemChina Chairman Ren Jianxin said.

In a hint of what may be in store for the enlarged group, Syngenta’s chairman said ChemChina will be on the lookout for more deals as China strives to improve its food supply.

“ChemChina has a very ambitious vision of the industry in the future. Obviously it is very interested in securing food supply for 1.5 billion people and as a result knows that only technology can get them there,” Michel Demare said.

ChemChina’s move on Syngenta may be the biggest, but it is not the first as Chinese corporates shift offshore.

Beijing is keen to boost farming productivity as it seeks to cut reliance on food imports amid limited farm land, a growing population and higher meat consumption.

A global glut of corn and soybeans has depressed grain prices for the past three years, prompting U.S. farmers to reduce spending on everything from equipment to seeds and pesticides. The cutbacks, along with pressure from investors and a desire to bolster profit, have sent many of the world’s largest agricultural companies scrambling to cut deals.

DuPont (DD) and Dow Chemical (DOW) agreed in December to combine in an all-stock merger valued at $130 billion in a first step towards breaking up into three separate businesses, a move that was seen as a trigger for further consolidation.