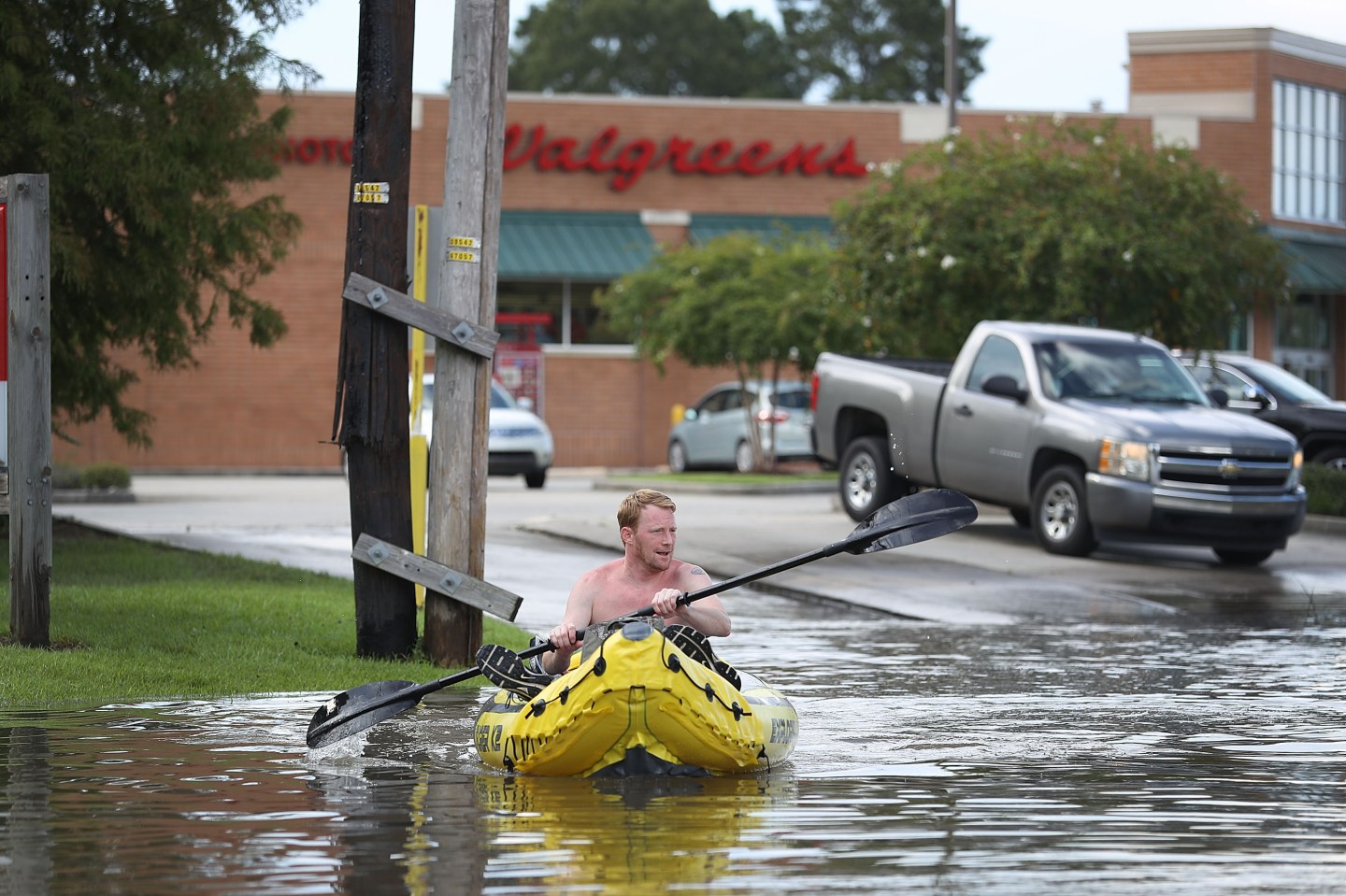 BATON ROUGE, LA - AUGUST 15: Landon Stanly navigates through a flooded street to his home on August 15, 2016 in Baton Rouge, Louisiana. Record-breaking rains pelted Louisiana over the weekend leaving the city with historic levels of flooding that have caused at least seven deaths and damaged thousands of homes. (Photo by Joe Raedle/Getty Images)
Joe Raedle Getty Images

In the midst of one of the most severe (yet least-reported) natural disasters in recent history, a homegrown volunteer rescue squad known as the Cajun Navy is providing badly needed relief in flood-ravaged Louisiana. And to coordinate their efforts, they’re using consumer communication tech in ways that professional first responders could take notes from.

The Cajun Navy is a volunteer and largely informal force of small boat pilots who are travelling the flooded streets and neighborhoods of southern Louisiana, rescuing trapped residents and distributing emergency food. The network first sprang into action more than a decade ago during Hurricane Katrina, rescuing more than 10,000 people trapped by the floodwaters.

The Cajun Navy now has access to much more powerful mobile technology than it did in August of 2005—which, hard as it may be to believe, was nearly two years before the release of the first iPhone. The near-ubiquity of GPS and advanced communication tools opens up huge new possibilities for the coordination of this sort of decentralized effort.

Two apps in particular are apparently being used widely by the group. One is the GPS app Glympse, which allows real-time sharing of users’ GPS location. Though the app is primarily marketed to a mix of watchful parents and businesses offering real-time delivery monitoring, it also offers an appealing solution to rescue workers in efficiently organizing searches.

The Cajun Navy are also using the walkie talkie app Zello, which offers instant push-to-talk communication over 3G, 4G, and Wi-Fi, and makes it possible to organize groups of users into channels.

For more on disaster relief, watch our video.

Zello is particularly interesting in light of federal government efforts to set up a dedicated cellular communication network for first responders. FirstNet, launched partly in response to reports that police and firefighters had difficulty communicating during and after the September 11th attacks, hopes to upgrade and unify what is today a patchwork of local police and emergency radio networks.

But Stephen Brill reported in this month’s Atlantic that FirstNet has been plagued by delays and cost overruns, with a tab now calculated as high as $47 Billion. It hasn’t yet provided any services—and may be entirely obsolete before it starts operating.

FirstNet isn’t precisely comparable to the tech tools being used by the Cajun Navy today. At least in principle, FirstNet wants to build its own robust broadband cellular network for emergency workers, while commercial phones and apps like Zello rely on existing networks. But the rescuers in Louisiana are certainly showing the life-saving promise of tech already available to everyday folks.