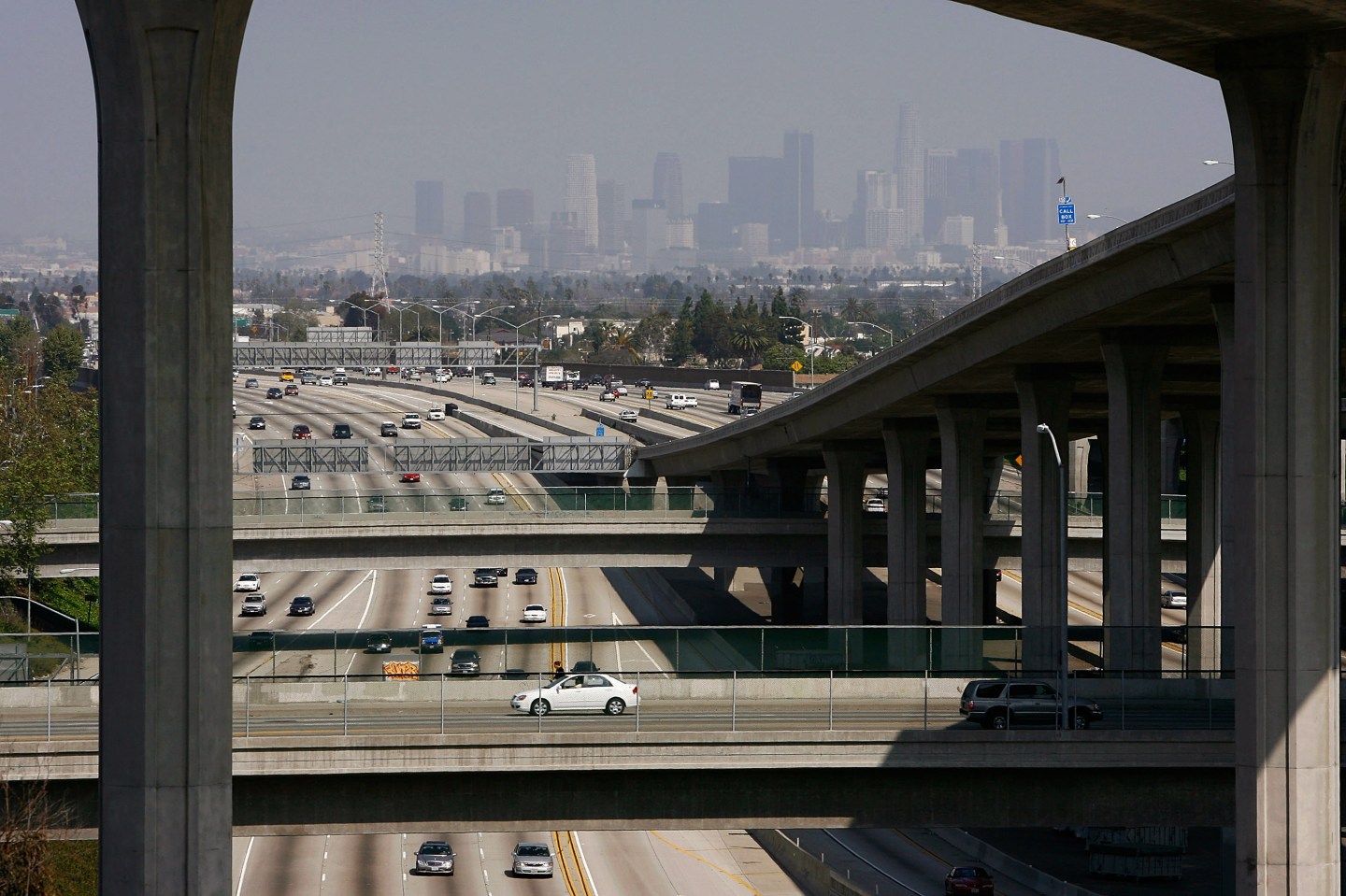 LOS ANGELES, CA - MARCH 14: Traffic moves along the 110 freeway, after Environmental Protection Agency (EPA) Administrator Stephen L. Johnson this week announced a modest lowering of legal limits on ozone pollution standards, on March 14, 2008 in Los Angeles, California. The change angered not only industry groups who lobbied against the change but also medical, scientific and environmental groups who say that tougher limits are needed. EPA science advisors and a children's health panel had unanimously recommended tougher standards to protect the public, especially children and the elderly, from serious respiratory problems caused by breathing ground-level ozone that aggravates asthma and can lead to premature death, as shown by mounting evidence. A second proposal for more stringent seasonal limits on ozone based on its harm to forests, crops and other plants was reportedly quashed at the 11th hour by President Bush. Governments in areas where the air is declared dirty as the pollution limit of about 84 parts per billion changes to about 75 ppb over an average eight-hour period will have two decades to reduce their emissions. (Photo by David McNew/Getty Images)
Photograph by David McNew — Getty Images

A California lawmaker on Thursday said she will withdraw a bill that would have required 15% of new car sales be zero-emission vehicles by 2025 due to opposition from automakers, the oil industry, and labor.

“With just a week and a half to move the bill through, there just wasn’t enough time to overcome the opposition,” Allison Ruff, a spokeswoman for bill author Assemblywoman Autumn Burke, told Reuters in an email.

Burke plans to meet with stakeholders and introduce a new version of the bill in 2017, Ruff said.

The California Air Resources Board has for years operated a program designed to speed the commercialization of zero-emission vehicles in the state, a regulation that has been adopted by nine other states.

The program includes a clean car credit system, which has been criticized by environmentalists and electric car manufacturer Tesla (TSLA), who say the system suffers from an oversupply of credits.

They have argued recently that auto manufacturers can meet their sales target by submitting credits instead of building and selling cars in the state.