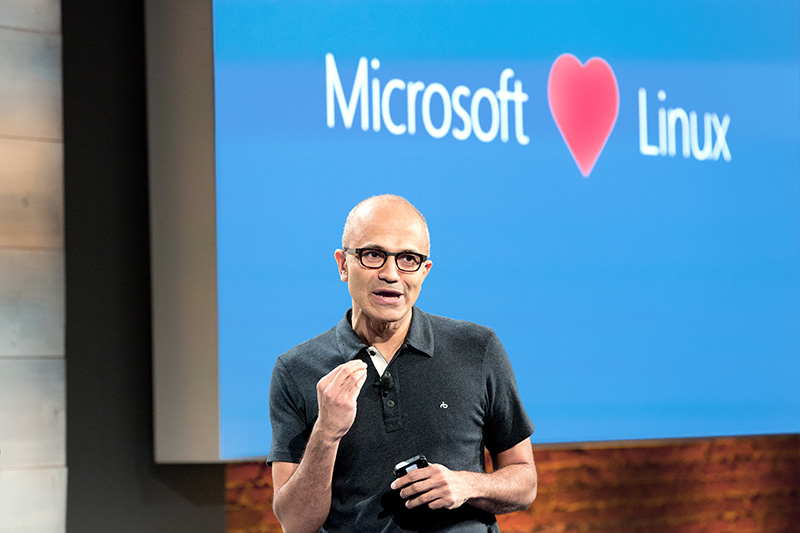 Microsoft, a company once obsessed with putting Windows everywhere, is making one of its most important software tools available on the open-source Linux operating system.

The news, announced Thursday on the Microsoft Azure blog, would have been unthinkable just a few years back when Microsoft (MSFT)viewed Linux as the nemesis to its precious Windows franchise.

PowerShell, a popular tool that developers and tech administrators use to run and manage Windows software, thus joins the Microsoft SQL Server database, as once-Windows-only products coming into the Linux fold.

This is indeed a big deal, said Amrith Kumar, chief technology officer of Tesora, which offers an open-source database service. Kumar described PowerShell as Microsoft’s swiss-army-knife tool set for all of its software. “Once you open source PowerShell, you can run it anywhere and talk to anything,” he said.

Linux, and other open source software are basically free, or near free, while proprietary or “closed source” software packages like Windows cost real money. And perhaps, more important to software developers, the source code of proprietary software is not available for them to view and customize. For many years, Microsoft under then-chief executive officer Steve Ballmer viewed open source software generally, and Linux in particular, as an existential threat.

The fact that Microsoft has since recognized that many, many developers want to work with Linux and other open-source software alternatives, is a huge change for the company and a sign that under current chief executive officer Satya Nadella, it accepts a more heterogeneous computing world.

And apparently Microsoft has faced it. Amazon (AMZN) Web Services, the world’s biggest public cloud computing platform runs on a variant of Linux as does Google (GOOG) Cloud Platform. Windows also failed in the mobile arena where Apple (AAPL) and Android gadgets kicked butt. It’s just not true that Windows can or will run the entire world.

For more on Microsoft, watch

That is not to say it’s irrelevant however. Given this PowerShell news, Kumar noted, people should not be surprised at some point if Microsoft said it is open sourcing Windows itself.