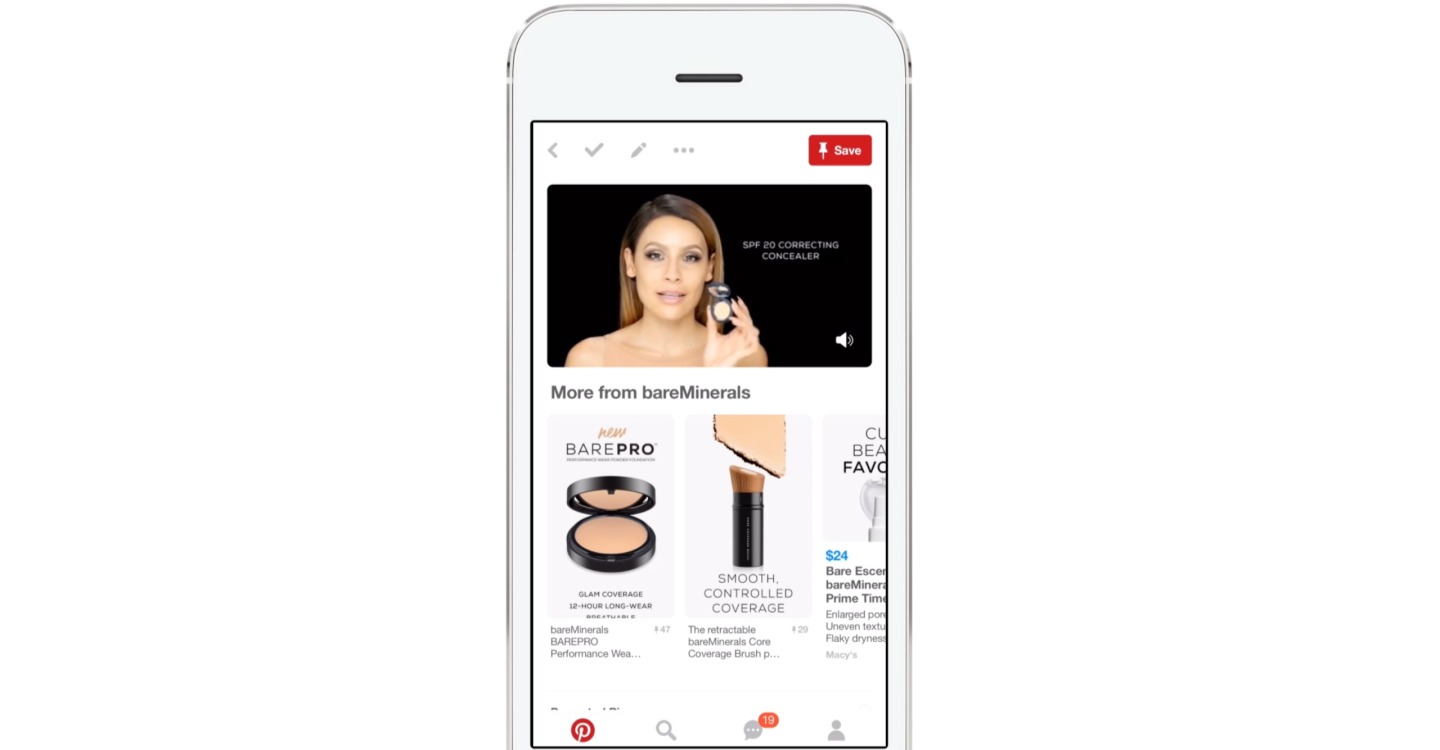 Pinterest is very focused on video and its first order of business is getting folks to pay for it.

On Tuesday, the San Francisco company, whose service is best known as a virtual pin-up board for collecting images of cakes and home decorations, among other things, said it’s beginning to let advertisers purchase ads in the form of short videos. For now, the new ads will only be available in the U.S. and UK, according to Pinterest.

Each video ad is natively hosted on Pinterest (the company had recently revealed part of its plans to host videos), and users will initially see a short preview in their activity feed. They can then click on it if they want to watch it in full.

Each ad also comes with up to six related “pins,” or images, that the advertiser can customize to go along with the video. For example, a cosmetics company could create a video ad to show off a new lipstick with a quick tutorial, using pictures of the lipstick and other products used as the accompanying pins. These additional pins can also be easily saved to users’ accounts, and have a “buy” button to simply let users purchase items.

Pinterest’s interest in doing more with video isn’t random: the company says that over the past year, users have saved 60% more videos on its service. Turning videos into a revenue engine is the natural conclusion, especially as Pinterest continues to look for ways to monetize its community of more than 100 million users. The company first began to display ads in the form of “promoted pins” in 2014, and has since added more advertising products and even e-commerce options.

Bidgoli was reluctant to discuss any revenue goals for its new video ads, which are still in the initial stages. But he says he does expect them to be a popular format with the company’s advertisers.

How popular or successful these videos ads will be remains to be seen, but native videos certainly have huge potential on Pinterest, especially within certain categories. For example, beauty gurus who have risen to fame by posting videos of tutorials or product reviews on YouTube, could potentially expand their video activities to Pinterest.