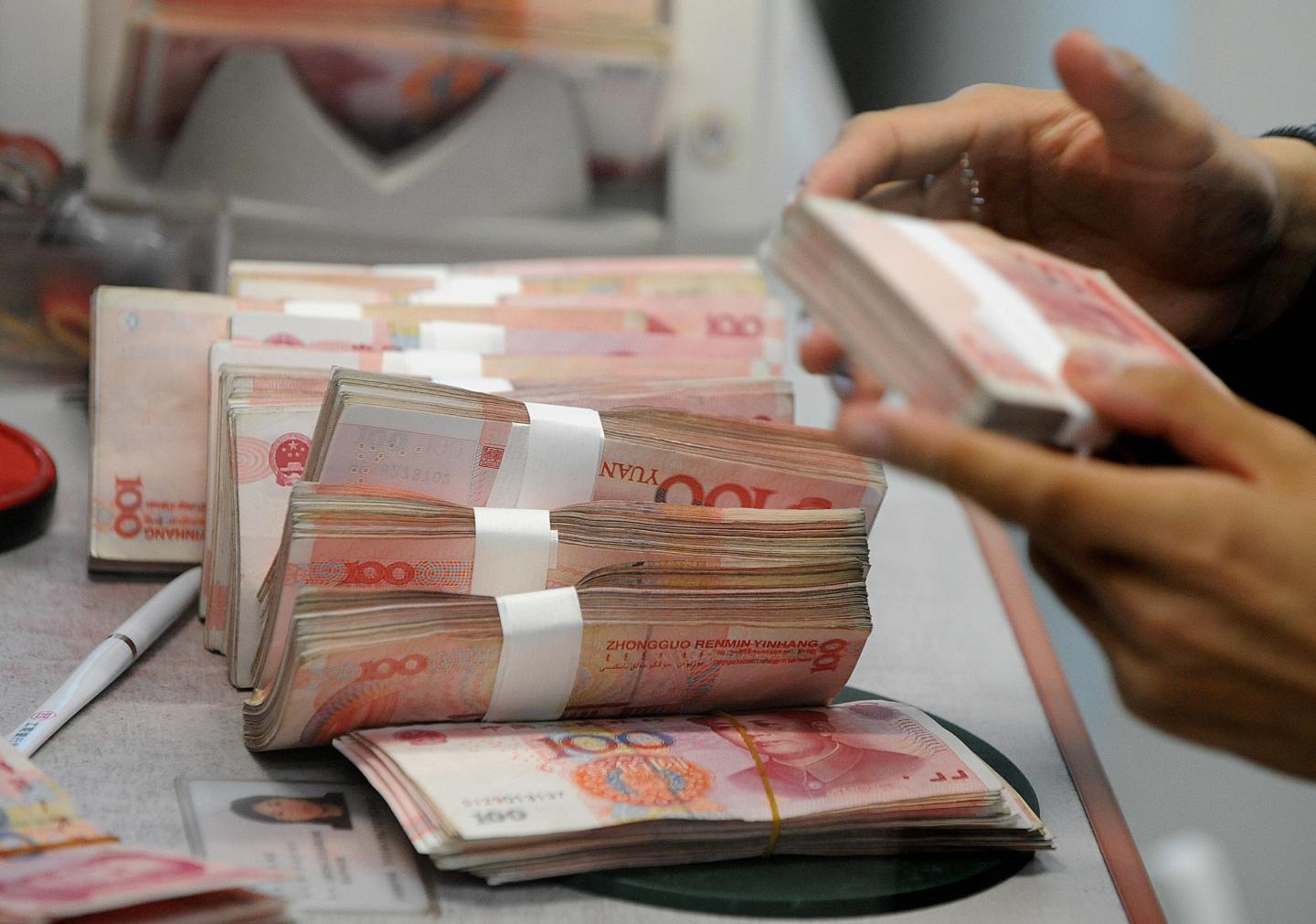 Chinese 100 Yuan notes are counted at a bank in Shanghai on April 11, 2008. China's central bank set the yuan at 6.992 against the USD, the first time the currency has broken through 7.000 since a peg with the US unit was scrapped nearly three years ago. This means the yuan has now risen about 18 percent against the USD since July 2005, when it was cut loose from a peg to the greenback. AFP PHOTO/Mark RALSTON (Photo credit should read MARK RALSTON/AFP/Getty Images)
Mark Ralston — AFP/ Getty Images

Beijing started a crackdown on underground banks in April last year and uncovered over 170 cases of money laundering and illegal fund transfers involving more than 800 billion yuan as of last November.

For more on business related to China, watch Fortune’s video:

China has been dogged by reports of rogue managers of P2P – shadow banking platforms – and has been criticized by local and overseas investors for being soft on money laundering, prompting authorities to take action.

The crackdown included the investigation on the country’s biggest underground banking case that handled $64 billion worth of illegal transactions.

Although the crackdown has curbed underground banking to some extent, illegal activities using those “grey capital” networks are still spreading and becoming more elusive, the report said.

Underground banks are channels for transferring money obtained through illegal activity, including public funds embezzled by corrupt officials, it added.