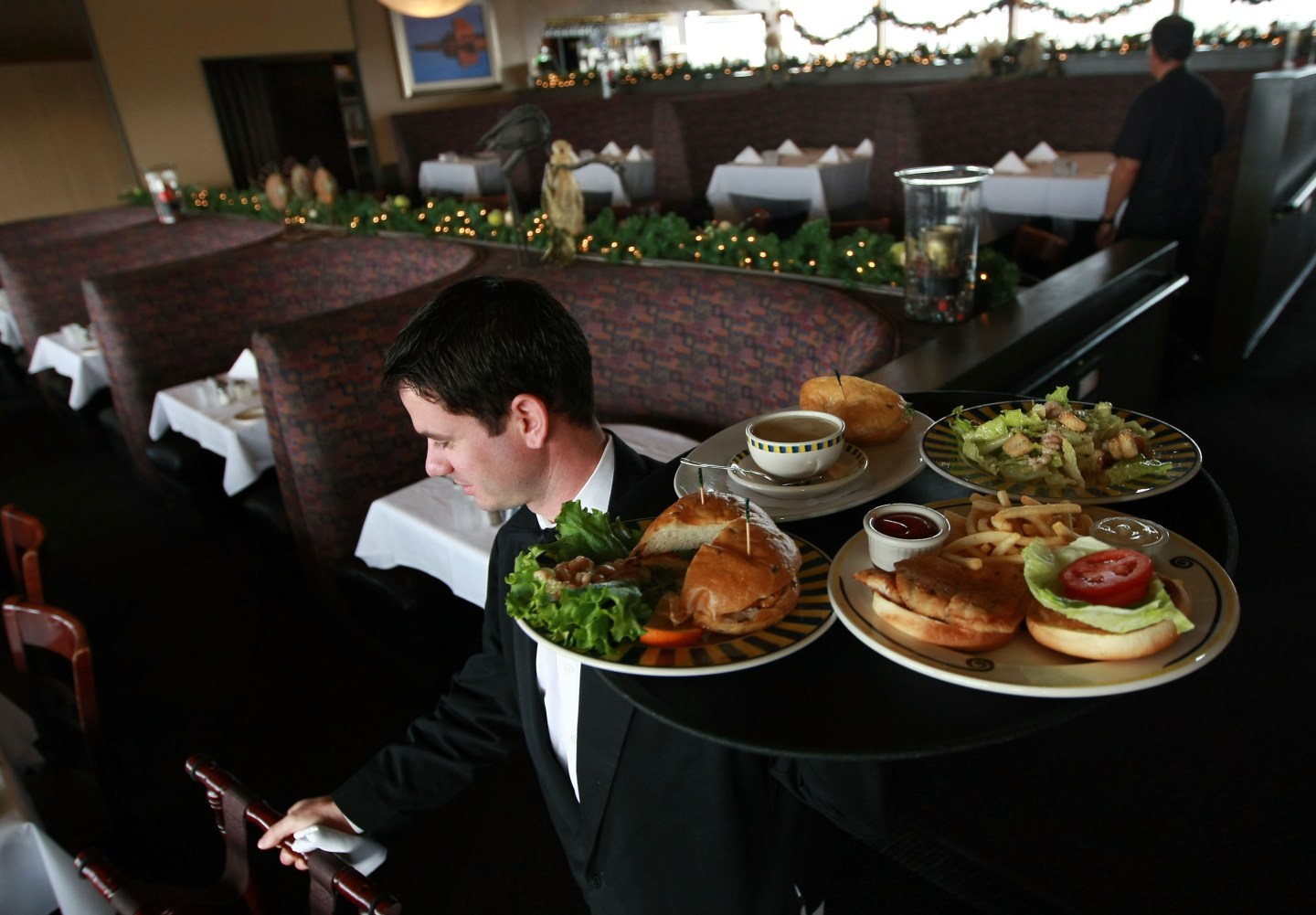 SAN FRANCISCO - DECEMBER 03: Waiter Alexander Alioto prepares to serve lunch to customers at Alioto's Seafood Restaurant December 3, 2008 in San Francisco, California. A report by The Institute for Supply Management says that its services sector index dropped in November to 37.3, down from 44.4 in October as the service industry struggles through the weak economy. (Photo by Justin Sullivan/Getty Images)
Justin Sullivan Getty Images

One of the fastest growing services offered by Square, the San Francisco payments company led by Twitter co-founder Jack Dorsey, has been its two-year-old lending arm, Square Capital. It’s surprising, considering the company’s bread and butter has been processing payments through its credit card readers. On Wednesday, the company announced a major expansion for Square Capital, debuting the first partnership that will offer loans to merchants who are not using Square’s core point of sale hardware and software.

Square (SQ) originally launched the lending arm in 2014 to provide cash advances to merchants using Square’s point of sale service. Square will take into account company sales data and cash flow, among other information that flows through its payments service, to determine if a business qualifies for a loans and what the resulting fee structure may look like. Square recently announced that it would be expanding into traditional online loans from cash advances, with fees between 10% to 16% of the amount borrowed.

With Wednesday’s news, Square is partnering with Upserve, a startup that offers software and its own point of sale service to help restaurants manage their businesses. Upserve’s software allows restaurant customers, which includes Momofuku Noodle Bar and Fig & Olive in New York, to access data on their sales, costs, reservations, customer service, and more.

With the Square deal, Upserve will provide anonymous sales and cashflow data to Square, and the payments company will then analyze this data to see which restaurants qualify for loans. Eligible Upserve customers will receive personalized loan offers directly within the Upserve software, and if they decide to take out the loan, restaurants can receive their loans within 24 hours.

In terms of interest, the terms are similar to a Square Capital loan. Restaurants pay a fixed percentage of their daily sales back to Square Capital, with the option to repay earlier at no additional fee.

Jackie Reses, who heads Square’s lending business, explained that the company chose Upserve because of its high quality customer base. She said there is a financial agreement between the two companies, but declined to reveal anything about the nature of the agreement.

“Every day, Square Capital underwrites 2.5 million merchants, and with the addition of Upserve, we plan to underwrite 7,000 merchants,” she explained. Currently, only 4% of merchants default on their Square loans.

Although this will be the first time Square is offering loans to merchants who don’t use Square’s core payments service, Reses emphasized that a big part of what makes the loans similar is that they are based on evaluating sales data. Any future partners will also have a similar data sharing partnership.

It’s not surprising that Square is expanding its lending program beyond just the millions of businesses who use Square’s point of sale hardware. New customers will only continue to grow the already burgeoning business. In the second quarter of 2016, Square extended nearly 34,000 business loans totaling $189 million, an increase of 123% year over year and 23% from the previous quarter in 2016. Revenue from Square Capital, and the company’s other software services, was up 130% to $30 million from the same quarter in 2015 and up 25% from the previous quarter in 2016.

The small business lending market will likely also get more competitive for Square as American Express is set to debut a new lending arm later this year.

“The goal is to serve all 30 million small businesses in the U.S. with Square Capital,” Reses said.