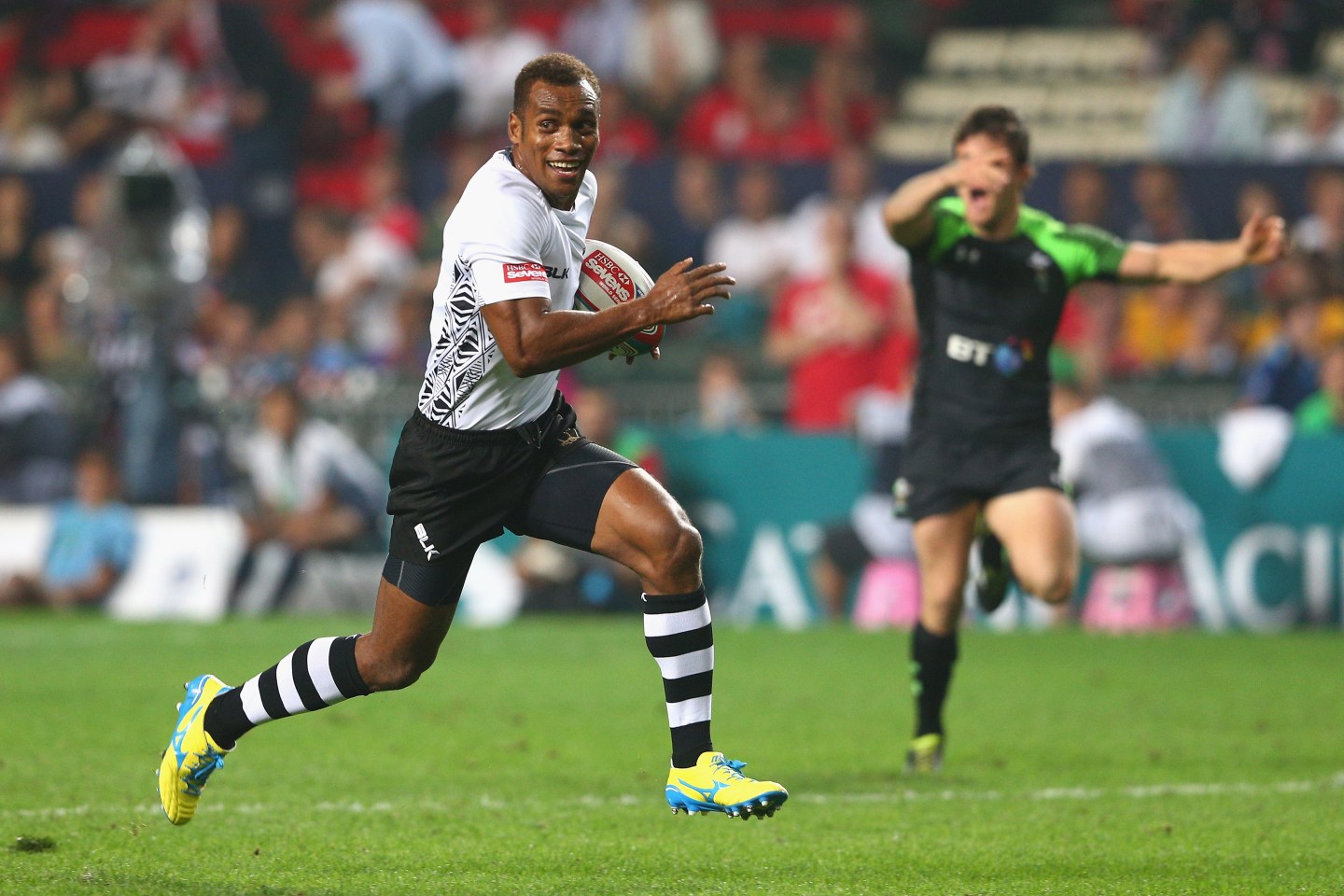 HONG KONG - MARCH 28: Osea Kolinisau of Fiji makes a break during the Pool A match between Fiji and Wales during day one of the 2014 Hong Kong Sevens at Hong Kong International Stadium on March 28, 2014 in Hong Kong, Hong Kong. (Photo by Cameron Spencer/Getty Images)
Cameron Spencer/ Getty Images

The members of Fiji’s Olympic men’s rugby sevens team learned the game using plastic bottles, bundled-up shirts and even flip-flops as balls–about as far removed from the sport’s roots in a stuffy English prep school as one can get. They’ve come a long way since.

As rugby returns to the Olympics for the first time since 1924, the Pacific Island nation with fewer than 900,000 people has a strong shot at winning gold. And it’s safe to say no country would appreciate it more. Fiji has never won a medal in any Olympic sport–and the expectations on this squad are immense.

When the team’s roster was announced earlier in the summer, the task fell not to a sporting bureaucrat or low-level cabinet minister, but the prime minister of the country.

“People expect nothing but gold,” says the team’s captain, Osea Kolinisau. “The prime minister told us that hopefully, we come home with gold medals in our bags. Pressure, that’s pressure. Huge pressure. A lot of pressure. Especially for the first time at the Olympics.”

Players on the team have met bigger challenges. They grew up a world away from their island’s honeymoon resorts, often in remote towns with few amenities. Kolinisau shows off the baked-in marks on his feet: he got them from playing rugby as a kid on asphalt. Kolinisau says that when money was tight in his household, his siblings rotated going to school, to save on bus fare. They could rarely afford the required books.

Many of the team’s players still hold side jobs: one works as a prison warden, two are hotel bellhops. In February, the tropical cyclone Winston, the strongest to ever hit Fiji, shattered the archipelago, killing 44 people and causing over $450 million in damages. Several players lost part or all of their homes.

Two weeks later, the team won a tournament in Las Vegas, dedicating the victory to the victims. “To know that we can bring happiness to people in a difficult time humbles us,” says Kolinisau.

Fiji’s love of rugby dates back to the 19th century, when New Zealanders brought the game over after the country became a British colony in 1874. A plumber from New Zealand, who was on the island helping build the Grand Pacific hotel in the capital city of Suva, formed the country’s first rugby club in 1913. The sport has grown into a national pastime, played all over with makeshift equipment, just like baseball in the Dominican Republic or soccer in the favelas of Brazil.

The faster version of the sport known as sevens plays to Fiji’s strengths. Seven players populate a pitch wider than a football field, instead of the more traditional 15, offering more open space for speed and creativity. “We like to keep the ball alive, and throw passes where we probably shouldn’t,” says Fiji coach Ben Ryan, a native of Great Britain who compares his team to the Harlem Globetrotters. “We play to entertain.”

Kolinisau suggests a different comparison, one that may resonate with the hometown’s soccer fans. “We don’t like the stop-start game,” he says. “We like flow. We play the beautiful game.”

The big question facing Kolinisau and his teammates is whether such high-risk, high-reward rugby can beat traditional powers like New Zealand, South Africa and Great Britain. Another challenge could come from the speedy American side, which features Carlin Isles, the former sprinter who switched to rugby before the 2012 Olympic trials after seeing the game online. Even the Fijian players acknowledge he’s the fastest man in rugby. The U.S. also features an NFL player on loan from Bill Belichick: Nate Ebner, a special teams standout for the New England Patriots who played rugby at Ohio State.

Kolinisau, however, makes a persuasive pitch for all fans to hop on the Flying Fijians bandwagon (should such a thing exist). “We’re punching way above our weight,” he says. “While other nations get millions of dollars in funding, we get scraps. If we [win] the gold, we’ll show the world that a tiny nation can do anything.”