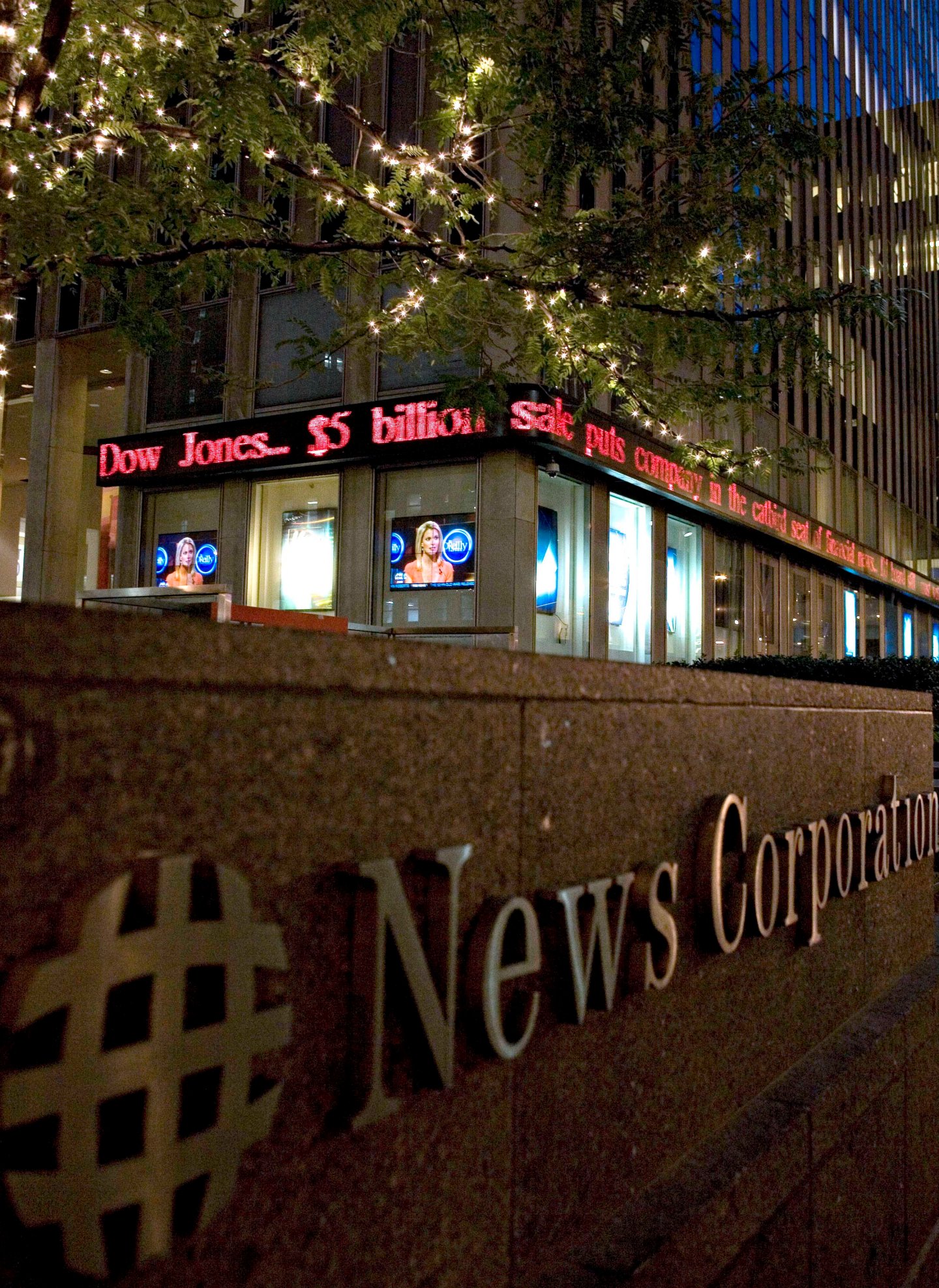 UNITED STATES - JULY 31: The headquarters of News Corp. displays headlines that the company will purchase Dow Jones & Co., the maker of the Wall Street Journal, in New York, Tuesday, July 31, 2007. Rupert Murdoch's News Corp. agreed to buy Dow Jones & Co. for $60 a share, gaining control of the Wall Street Journal and ending the Bancroft family's 105 years of stewardship, according to two people with knowledge of the transaction. (Photo by Jin Lee/Bloomberg via Getty Images)
Photograph by Jin Lee — Bloomberg via Getty Images

News Corp, the owner of the Wall Street Journal and book publisher HarperCollins, reported a surprise 5.1% rise in quarterly revenue, helped by strong growth in its digital real estate business.

Analysts on average were expecting revenue to fall to $2.06 billion, according to Thomson Reuters.

Revenue in the company’s news and information division, its biggest, rose 1% to $1.42 billion.

“Digital subscriptions continue to grow and now account for approximately 45% of the subscriber base, while print sales have also risen tangibly in recent months,” Chief Executive Robert Thomson said in a statement.

Apart from the Journal, the division includes the New York Post and Dow Jones Newswires as well as the Times and the Sun in the U.K. and newspapers in Murdoch’s native Australia.

Revenue in News Corp’s book publishing business, which includes HarperCollins, rose 11% to $433 million, driven by sales of popular titles such as The Nest by Cynthia D’Aprix Sweeney and The Rainbow Comes and Goes by journalist Anderson Cooper.

Excluding items, the company earned 10 cents per share from continuing operations, missing the average analyst estimate of a profit of 13 cents.

The company’s shares were flat in extended trading on Monday.