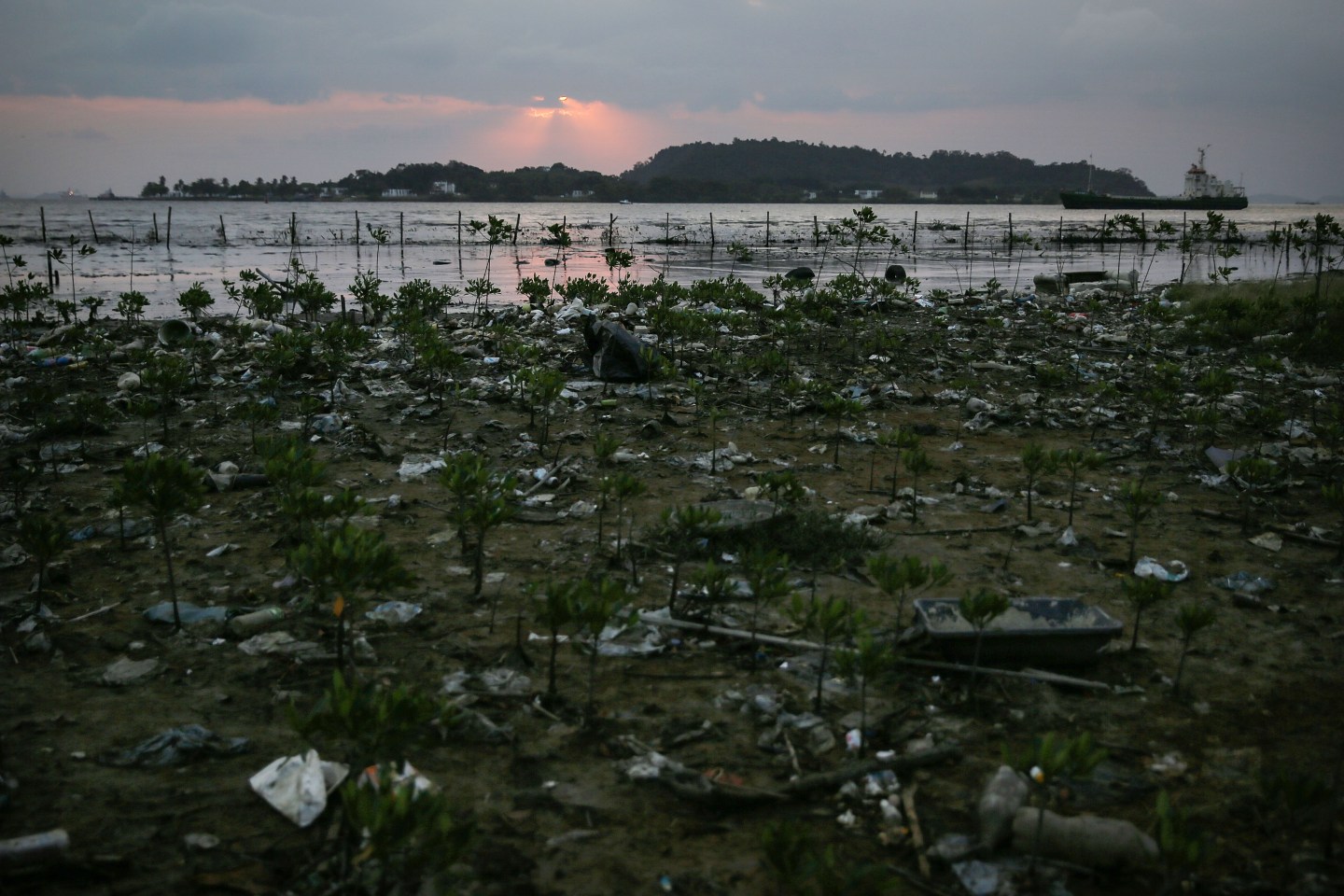 NITEROI, BRAZIL - AUGUST 02: Plants grow pollution along the edge of Guanabara Bay, the venue for the Olympic sailing, on August 2, 2016 in Niteroi, Rio de Janeiro state, Brazil. The polluted bay has raised concerns for years among athletes and residents and the Rio government promised to have most of it cleaned in time for the games. (Photo by Mario Tama/Getty Images)
Mario Tama Getty Images

The tough conditions belied an otherwise glorious day in Rio de Janiero and a spectacular setting, with the Christ the Redeemer statue on Corcovado overlooking a lake ringed by mountains and forest.

The regatta kicked off with a samba band playing on the finishing line pontoon. But as the morning drew on, the winds whipped up the waters, especially in the lagoon’s less-sheltered middle section, making for slow times.

It became a real test of the rowers’ skill and a lot of crabs were caught.

Australian Brennan, favorite for the gold medal in the women’s single sculls, almost became an early casualty. She left it until late in her heat to overhaul Korea’s Kim Yeji for third spot and a qualifying place, avoiding the repechage.

She tipped a good bucket-load of water out of her boat at the finish. Brennan, hoping to become the first non-European rower to win Olympic gold in the women’s single sculls, only managed 14th place in the heat rankings, which were topped by Mexico’s Kenia Lechuga Alanis.

For more on the Olympics, watch:

“Halfway through the course this huge wave just went into my boat. It went all the way up to my face. I mean, I’m lucky I didn’t tip over,” she said.

“I’ve never really raced in water like this. This was a new extreme, but it’s good experience. In the end I kind of feel like a Viking coming out of it.”