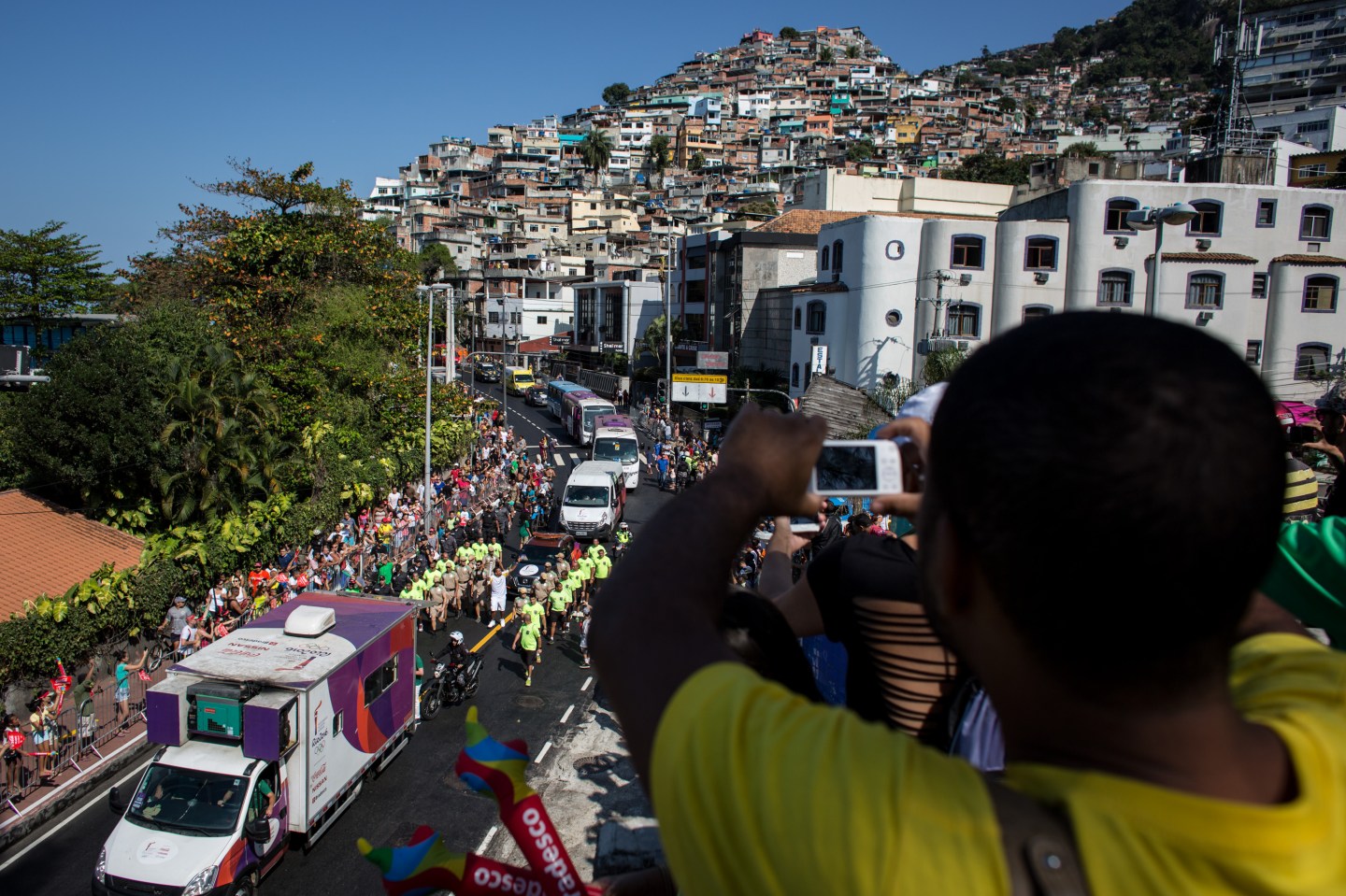 Last week, in advance of the Olympic Games, Google’s Arts and Culture series debuted an interactive tour of Rio de Janiero dubbed “Beyond the Map.” The tour includes a dive into Rio’s favelas, mixing immersive 360-degree video with more straightforward documentary segments. The glimpse into the favelas—also referred to as informal settlements, shantytowns, or simply slums—is both part of a real business effort by Google, and an illustration of the transformative impact tech can have in overcoming government intransigence.

The governments of Rio and Brazil have historically regarded the unregulated, under-policed favelas, some nearly a century old, as dangerous eyesores, and left them off of official maps. But they’ve come a long way in recent decades, even as Brazil’s once-vaunted economic revolution has stalled out. They’re more economically diverse than their reputation suggests, and between 1/4th and 1/5th of the city’s residents live in them. They’re home to a multitude of small, largely informal businesses, and more than 85% of favela residents have mobile phones.

But lack of formal mapping means the favelas can’t be effectively navigated with Google Maps or similar programs. In cooperation with a musical collective and nonprofit called AfroReggae, Google has been mapping them for at least the past two years, making its services that much more attractive to a variety of users.

But the effort has benefits beyond Google (GOOG). Some favela businesses have shown an interest in the maps because they’ll increase visibility. Residents could ultimately benefit from increased accessibility and services. For example, a favela-born programmer highlighted in Google’s new tour pointed out that in the favelas, “mail doesn’t get delivered . . . it’s as if we don’t exist.”

The psychological and social toll of that official marginalization is rather abstract, but it’s real. “The fact that you were not on the map, for me, creates an exclusionary sense . . . that we don’t belong in the city,” said a resident quoted for, Todo Mapa Tem Um Discurso (“Every Map Has a Discourse”).

Google’s work certainly can’t make up for the concrete and psychological costs of the legacy of marginalization—and according to Quartz, Google has mapped only 26 out of more than 1,000 of the informal neighborhoods. But recognition by Google Maps of the favelas’ existence offers at least some sense of validation.

For more on mapping, watch our video.

Google could have had a big partner in the effort. Just after Rio won its Olympic bid, Rio Mayor Eduardo Paes announced an effort to revitalize and integrate the favelas better into the formal city, with the addition of sanitation, lighting, and other systems. The program was praised by urban planners, but has since been scaled back drastically, one of many ambitious initiatives poleaxed by Brazil’s broader economic backsliding.

So, while “Beyond the Map” might have been a positive corollary to the official renewal of the favelas, Google’s release now can’t help but read as another poke at the Brazilian government’s troubled Olympic season.