What the Clinton and Trump Tax Plans Would Mean For You 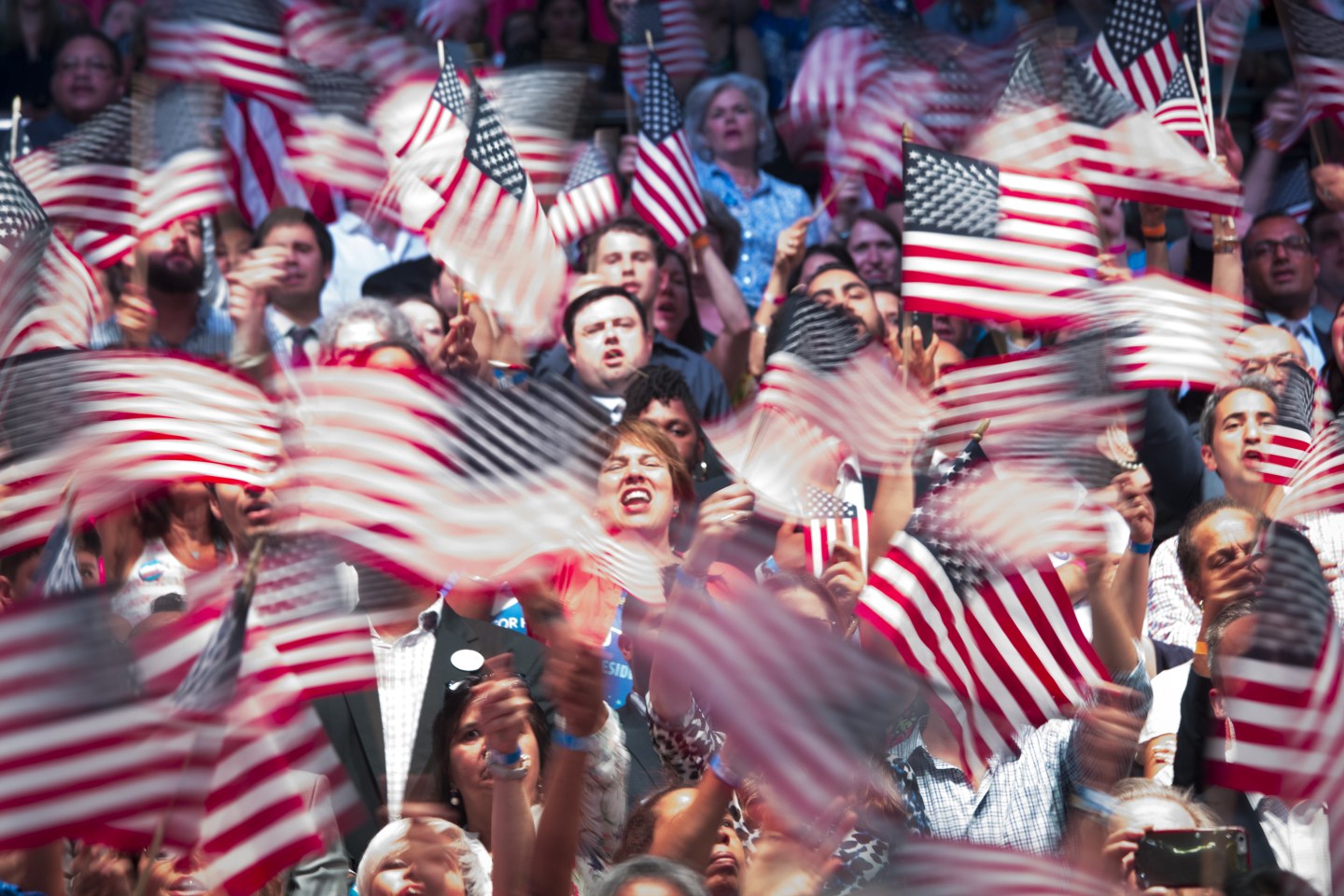 Attendees wave American flags before Hillary Clinton, former Secretary of State and presumptive Democratic presidential nominee, not pictured, speaks at a primary night event at the Brooklyn Navy Yard in the Brooklyn borough of New York, U.S., on Tuesday, June 7, 2016. Hillary Clinton declared herself the victor in the Democratic nomination race, becoming the first woman to run as the presidential candidate of a major U.S. political party, and immediately launched her general election campaign with an attack on presumptive Republican nominee Donald Trump. Photographer: John Taggart/Bloomberg via Getty Images
John Taggart — Bloomberg via Getty Images

Republican presidential candidate Donald Trump and his Democratic opponent Hillary Clinton—who will get the official nod from her party this week—offer Americans a stark choice in 2016, especially when it comes to taxes.

You may already have a general sense of how they differ: Trump’s plan calls for a fairly radical simplification of the tax code that would create four brackets—0%, 10% 20%, and 25%—and give just about everyone a dramatic tax cut; Clinton’s relatively modest plan, meanwhile, would leave income tax rates unchanged for all but the wealthiest Americans, who could see effective rates climb by as much as five percentage points, according to the Tax Policy Center.

But it’s not as easy to tell exactly how the thicket of new rates and rules would actually affect you.

Thankfully, the non-partisan Tax Policy Center in Washington has taken an in-depth look of both proposals. Its detailed analyses are here and here—but to make things simpler, we’ve broken out the numbers for both plans and put them side by side to show just how each candidate’s proposals would affect Americans at a range of income levels.

For more on tax plans, watch this video:

Trump has promised a zero percent tax rate for singles making less than $25,000. Instead, his campaign literature says, “they get a new one-page form to send the IRS saying, ‘I win.’” Because this group includes many part-time workers and retirees (the average Social Security benefit is $16,000 a year), the monetary benefit of the Trump tax cut would turn out to be relatively modest. Clinton’s plan, meanwhile, results in a nominal tax hike, reflecting the Tax Policy Center’s estimate of how higher corporate taxes would be passed along to consumers and workers.

How have Americans responded to these proposals so far? While retirees as a group lean towards Trump, Americans at the bottom of the income ladder favor Clinton by a margin of two-to-one, according to Pew poll conducted in June.

These are the poorest working Americans. Full-time Wal-Mart (WMT) employees earn an average of $13.38 an hour, according the company. Based on a 40-hour work week, that equates to about $27,000 a year—just over the cut-off for this group. The working poor would face a token increase under Clinton’s tax plan, although they also stand to benefit from her plan to boost the minimum wage to $15 in areas like Los Angeles and New York. Trump’s plan, meanwhile, involves a hefty tax cut that would reduce these Americans’ effective tax rates by roughly a third, from 8.1% to 5.3%.

These workers represent America’s middle income quintile—in other words, the solid middle class, including folks who work as registered nurses (median salary $58,000), cops ($48,000), and recent college grads ($51,000). While Trump’s campaign is frequently portrayed in the media as catering to the white working class, in fact some his strongest support comes from this somewhat wealthier cohort. One study, conducted during the Republican primary put the median income for Trump voters at $72,000, about $11,000 higher than the median for Clinton voters. Of course, in many ways this should come as no surprise. It’s not just Trump’s hefty $2,700 handout. Well-paid blue collar workers have seen incomes stagnate over the past generation as economic gains flowed disproportionately to wealthier workers.

In a typical year, upper-middle-class professionals would be right in the Republican wheelhouse. At similar points in their races, both McCain and Romney held hefty leads among voters who earned more than $100,000.And yet Clinton leads Trump by 8 points despite his promise of a hefty tax cut. One reason, certainly, is Trump’s more working class vibe. But Clinton has also assiduously courted these voters, proposing a tax hike that’s still basically a rounding error, while tailoring a number of social programs, like paid family leave and curtailing the cost of college, directly to them.

Like Barack Obama eight years ago, Clinton has pledged not to raise taxes on those making less than $250,000 a year. But critics have argued that Democrats aren’t likely to achieve many of their long-standing social goals without asking well-to-do earners to pay more. Indeed, Clinton’s current tax plan would raise enough revenue to pay for the college debt relief proposal she put forward early in the campaign; but last month she proposed an even more ambitious (and expensive) free tuition scheme.

Meanwhile Trump’s tax cut for this group—which would slash their average rates from 19.7% to 15.4%—is large enough to buy each of these voters a Rolex. Not that it helped him much. Among those with advanced degrees—in other words, the doctors and lawyers who typically pull in three-figure salaries—he’s losing to Clinton by a two-to-one margin.

The candidate who earned $675,000 giving speeches to Goldman Sachs (GS) doesn’t always come across as the world’s most authentic populist. But her tax plan would cost the rich dearly. Among her proposals is a 4% tax hike for those making more than $5 million and requiring everyone making $1 million to pay at least 30% of their income in taxes. (The super-rich, earning $3.8 million and up, would pay more than $500,000 more each year under Clinton’s plan, according the the analysis.)

Trump, meanwhile, initially struck a populist tone: “The hedge fund guys didn’t build this country.” His actual tax plan, however, looks like a giant giveaway to the rich. It proposes slashing the top income tax rate to 25% from 39.6%, while also cutting taxes on investment income and corporate profits. One caveat: Trump has said some of these tax cuts would be offset by closing “loopholes available to the very rich.” Since it’s not clear what these are, the Tax Policy Center didn’t factor that pledge into its calculations.

These plans won’t just cost taxpayers. They’ll also hit the government’s bottom line. Like the faucets in his hotel, the Trump plan is plated with gold. But, while Trump promises voters enticing tax cuts, its hard to tell what’s below the surface. Available numbers suggest it isn’t pretty: A revenue shortfall of $500 billion next year and nearly $10 trillion over the next decade, according to the Tax Policy Center.

In contrast to Trump’s flash, Clinton’s carefully calibrated plan is exactly what you’d expect from a former girl scout and college class president. She would raise an extra $30 billion in 2017, and a total of $1.08 trillion over the next decade—tidily matching the $1.1 trillion in new spending she’s proposed on infrastructure, education, and other items.