You Can Buy Amazon Kindles at Target Again 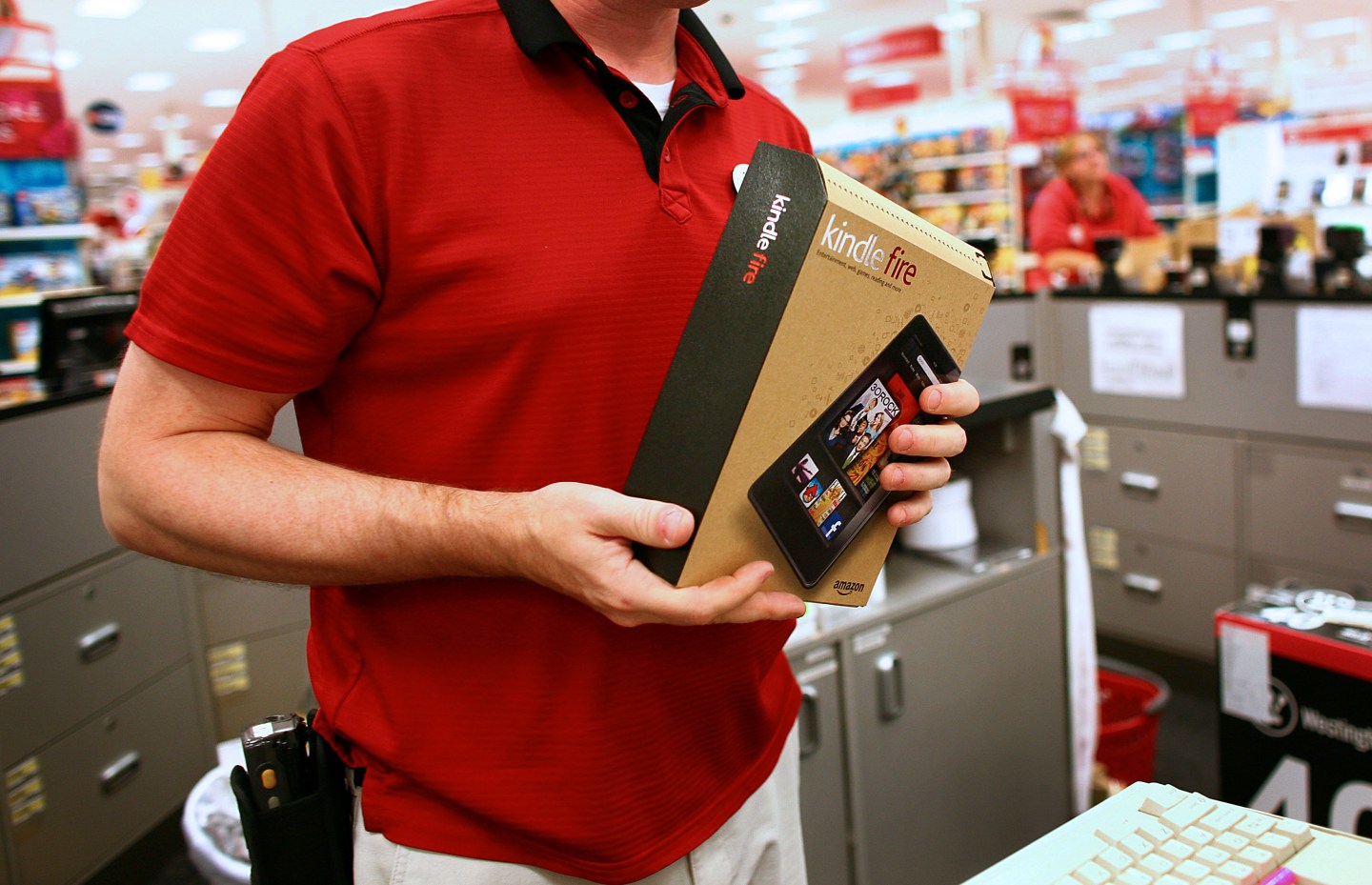 This story has been updated to include comment from Target.

If you can’t beat them, sell their products at your stores.

Four years ago, Target (TGT) removed Amazon’s (AMZN) electronic devices from its shelves. But now the retailer has confirmed to Fortune that it is once again selling Kindle e-readers, Fire tablets, and Fire TV devices on its website, with plans to re-introduce the devices to stores in October.

“Target continually evaluates our assortment to deliver quality products at a great value,” the company first told Bloomberg. “We know our guests love the many aspects of shopping at Target and believe they will appreciate the convenience and savings of finding these items in our stores and on Target.com.”

Target stopped selling Amazon devices in 2012 over fears that customers who bought them would then be drawn to the convenience of Amazon.com. But according to a survey conducted in May by Prosper Insights & Analytics, that has happened anyway.

The survey found about two in five Target customers have an Amazon Prime membership, and of the ones who don’t, one in five are considering buying one during the next year.

Amazon continues to swallow up traditional retailers’ online business, accounting for 60% of online sales growth in the U.S. last year while far outselling brick and mortars on the web. But Target’s digital sales have also trended upward, including a 34% jump in the last quarter of 2015, as it invests heavily in e-commerce.

This is not the first time the companies have crossed paths this year. In March, Amazon sued an executive who moved to Target, citing a non-compete agreement. Amazon dropped the suit in April.