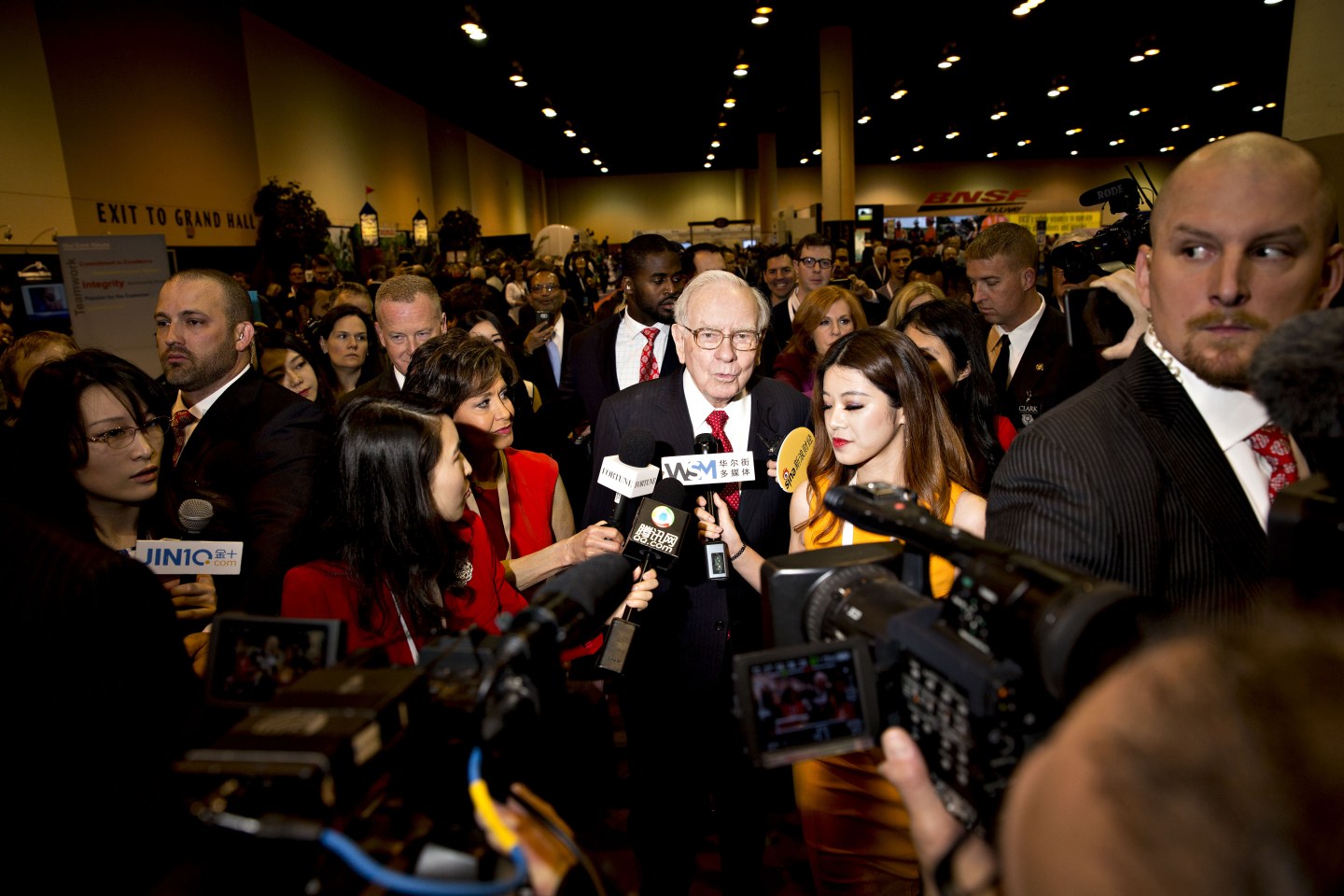 The Federal Reserve is reportedly looking into whether Warren Buffett’s Berkshire Hathaway(BRK-A) violated rules regarding how much a bank can extend in credit to insiders.

Specifically, the Fed is interested in Berkshire’s more than 10% stake in Wells Fargo(WFC) and the latter’s loans to many of Berkshire’s other subsidiaries, two people familiar with the matter told Bloomberg. One particularly troubling relationship has been the one between Wells Fargo and American Express. Buffett owns a 16% stake in Amex, which does extensive business with Wells Fargo.

The reported investigation comes after Buffett notified the Fed in June that Berkshire’s stake in Wells Fargo had grown beyond 10% as a result of the company’s stock buybacks. Berkshire also asked to keep its stake in the company and buy more shares. That likely raised the red flag for the government entity. U.S. regulators have long been wary of ties between banks and non-financial companies, and owning over 10% of a financial institution triggers certain rules that limit how much a bank can loan out to a major shareholder.

That application gives the Fed 60 days to review the stake, though the central banking system can choose to extend the period.

Berkshire managed to appease the Feds when its stake in American Express rose beyond 10% in the 1990s, by promising to remain a passive shareholder. Buffett agreed to follow AmEx management’s guidance when it came to voting at the time. Buffett though, has generally been hands off when it comes to managing his companies.

It’s not the first time a Berkshire subsidiary has come under investigation by the authorities. In 2010, the SEC charged General Re with working with AIG(AIG) and Prudential Financial(PRU) to manipulate their financial results. General Re paid $12.2 million to settle those charges.

The Federal Reserve declined to comment. Fortune has reached out to Berkshire Hathaway and will update if the company responds.